The bobblehead is one of thirty-two teams represented in the American Hockey League Vintage Bobbleheads collection being released in conjunction with the 2022-23 AHL season.. 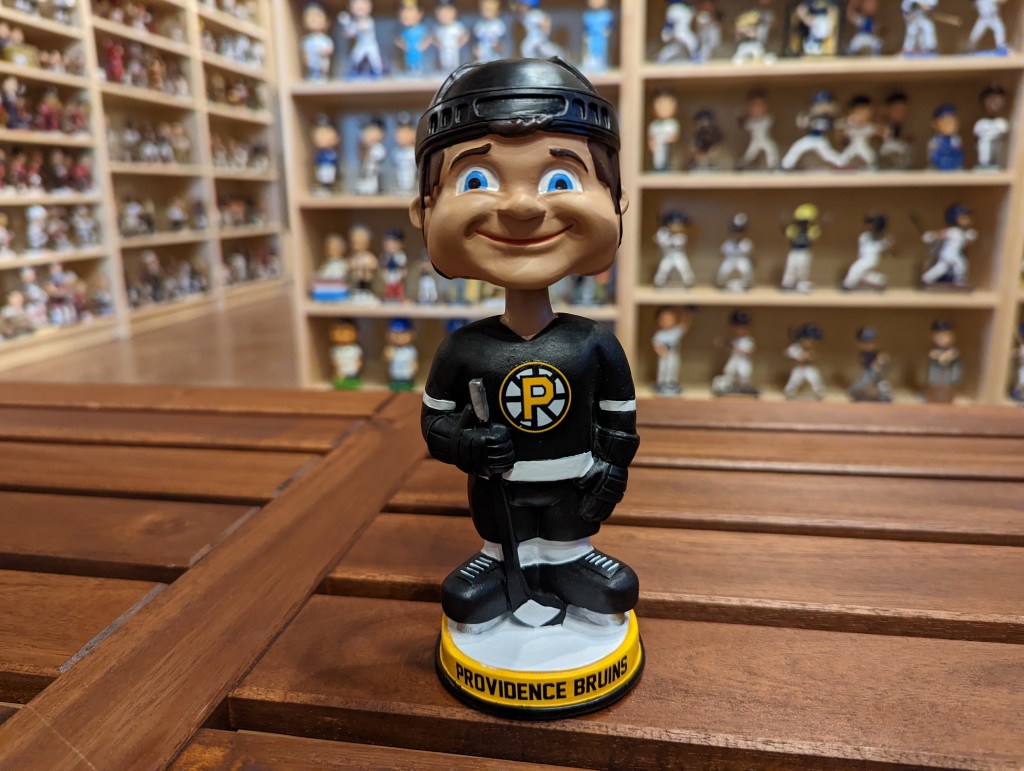 Courtesy of the National Bobblehead Hall of Fame and Museum

Heads up, local hockey fans: Today, the National Bobblehead Hall of Fame and Museum unveiled an officially licensed, limited-edition vintage Providence Bruins bobblehead. Clad in the team’s iconic black, yellow and white jersey, the smiling figure is one of thirty-two teams represented in the American Hockey League Vintage Bobbleheads collection. The collection is releasing in conjunction with the start of the 2022-23 AHL season, which begins today. In fact, the Providence Bruins’ opening match is tonight, Friday, October 14, against the Bridgeport Islanders at the newly named Amica Mutual Pavilion in Providence. You can still pick up tickets here.

“We’re excited to be working with the AHL to release the first collection of vintage bobbleheads featuring every American Hockey League team,” says National Bobblehead Hall of Fame and Museum co-founder and CEO Phil Sklar. “The Bruins are coming off a successful season and they are looking to generate some more excitement for the hockey-loving fans in Providence in the 2022-23 season.”

Each bobblehead is individually numbered to 500, and they are only available through the National Bobblehead Hall of Fame and Museum’s online store. The bobbleheads, which are expected to ship in November, are $30 each plus a flat-rate shipping charge of $8 per order. Major hockey fans can purchase a set featuring all thirty-two bobbleheads for $900. Learn more at bobbleheadhall.com.