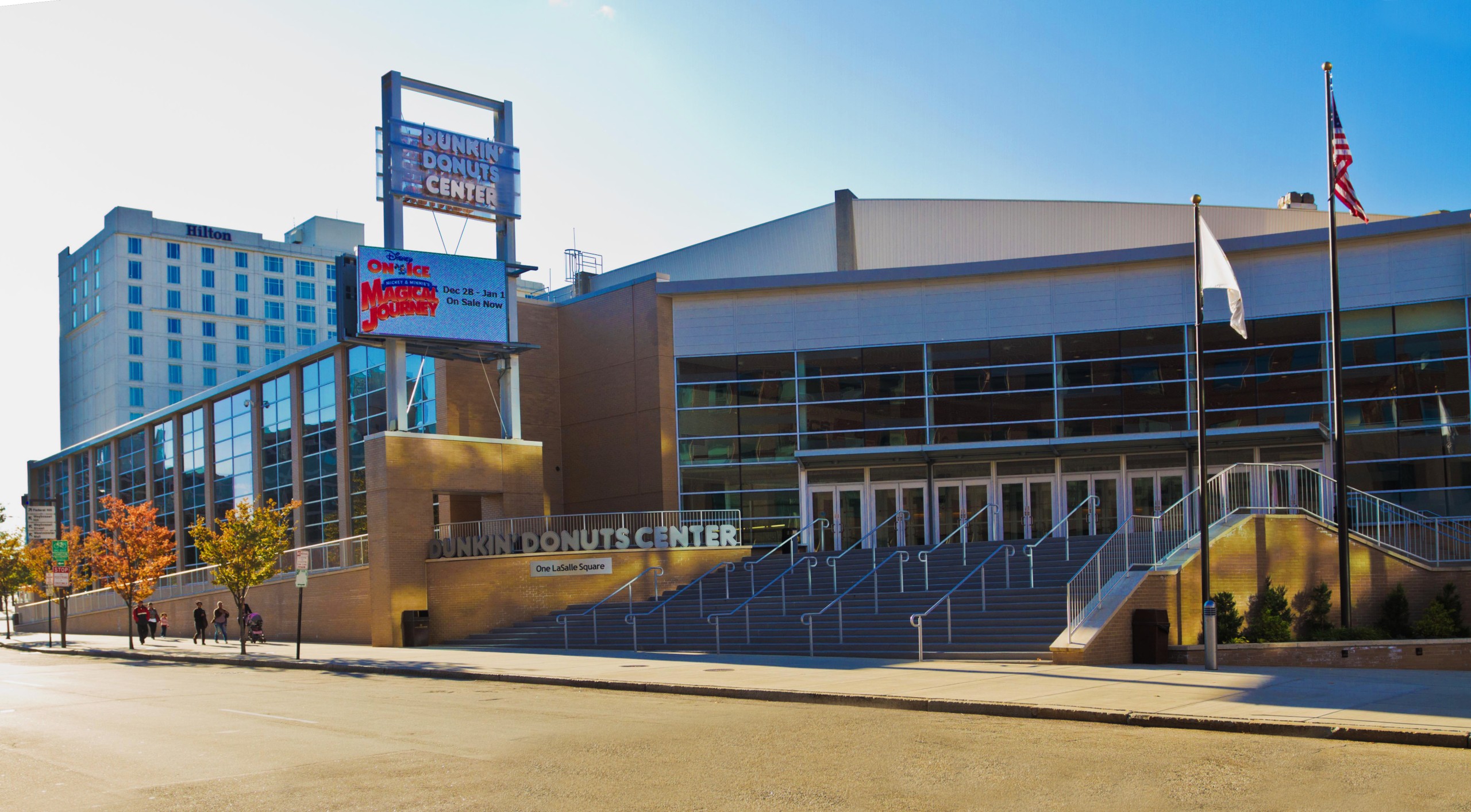 Once again, things are a changin’ in our little state: Amica Mutual Insurance Co. has officially been awarded the naming rights for the Dunkin’ Donuts Center, or the Dunk, as most of us have affectionately come to call it. Following the expiration of Dunkin’s contract and a months-long bidding process, the Lincoln-based auto, home and life insurance provider announced Tuesday that the venue will henceforth be known as the Amica Mutual Pavilion, or the AMP Providence.

“Amica was founded in Providence more than 115 years ago, and securing naming rights to the Civic Center honors our lasting commitment to the state,” says Ted Shallcross, who will take over as Amica’s new president and CEO on Oct. 1. “We’re thrilled to partner with the Rhode Island Convention Center Authority to continue making great memories in this building.”

Built in 1971, longtime Rhody residents will remember that the 31,000 square foot arena originally went by the Providence Civic Center before Dunkin’ took over in 2001. Throughout the years, famous acts like Elvis Presley, Elton John and Cher have blown through with sold-out shows, but many locals will always see it first and foremost as the home of the AHL’s Providence Bruins and the Big East’s Providence College men’s basketball team, the Providence Friars.

“We are thrilled to announce our naming rights partnership with Amica Mutual Insurance, an iconic brand that has long served at the center of Rhode Island’s business community,” says Bernie Buonanno, chairman of the Board of Directors for the Rhode Island Convention Center Authority. “The robust, competitive RFP process for the naming rights is a testament to the tremendous value our arena and convention center bring to the city of Providence and to Rhode Island at large. We look forward to a great partnership with Amica, and to welcoming sports and music fans from across the state and around the region to the AMP Providence.”

The deal, which also includes naming rights within the Convention Center, is initially for ten years at approximately $900,000 per year.

We decided to take to Twitter to see how the community is taking it. So far, the most vocal have been the stalwarts:

RI'ers will still be calling it 'The Dunk' 50 years from now.

The AMP isn’t doing it for me either. It doesn’t matter, though, Civic Center lives on for the real Rhody.

From a branding standpoint:

🏀 I love The AMP as a nickname and it fits well for a venue that hosts basketball, hockey, & concerts