The charming new picture book follows a purple pail as it journeys from Watch Hill to points around the globe. 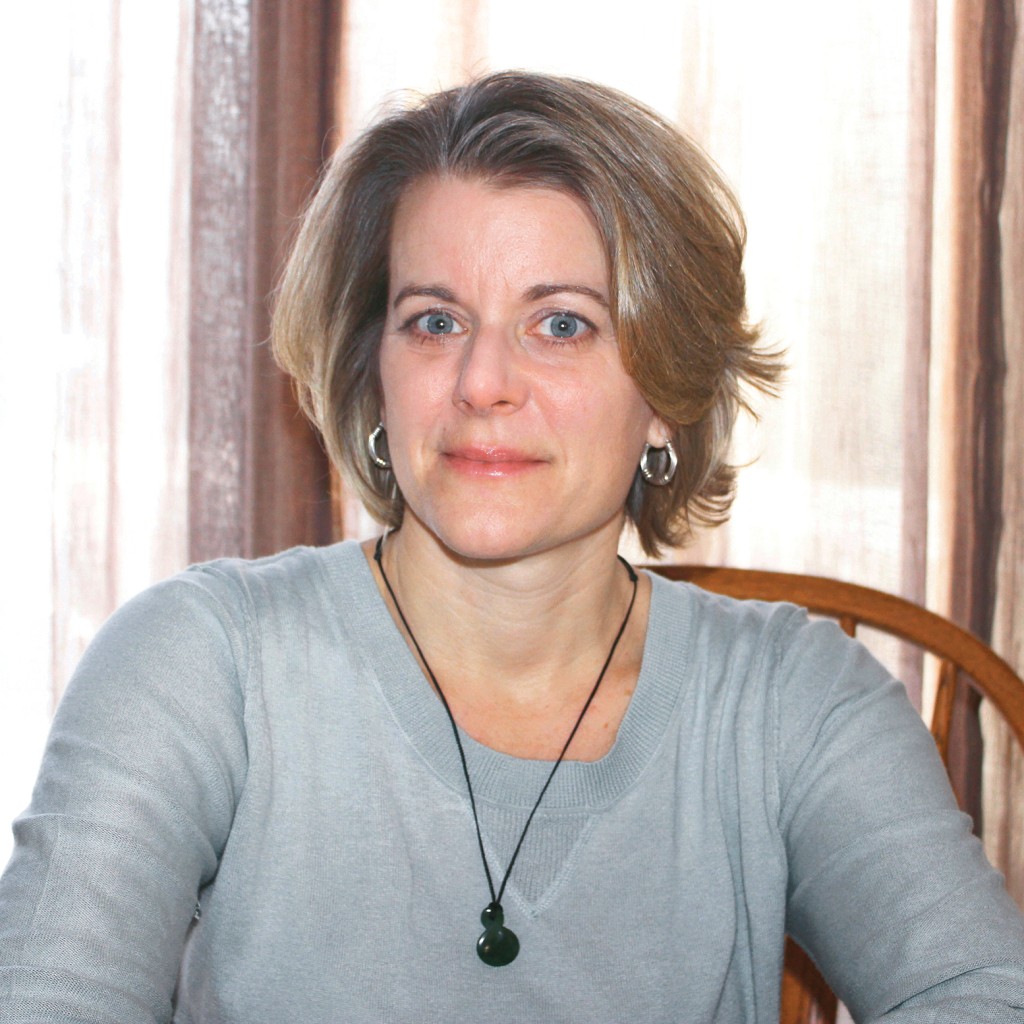 But when she started looking for books about the beach when her youngest child, Eva Alemitu, was little, she noticed something she hadn’t experienced with her three other children: None of the kids in the books looked like Eva, who was born in Ethiopia.

“She grew up at the beach — she’s a beach girl,” says Ieronimo, a nurse who lives in Connecticut. “It was frustrating that there weren’t more diverse books.”

So she wrote one herself.

The Purple Pail, published in April, tells the story of a purple pail that travels the world after its owner, a little girl named Ava, loses it in the Watch Hill surf. It bobs its way through global currents, turning up in various cities throughout the world. A little boy, Alfonso, finds the pail in coastal Cascais, Portugal, and uses it to hold clams he’s dug, while a Malaysian girl, Asmida, finds the pail in the sand and uses it to hold her colorful batik dyes. It also meets children in Ireland, Ethiopia, New Zealand, India, Chile, Morocco and Mexico. On and on it journeys, with each child using it for a different purpose, like holding coffee beans after harvest and ginger roots on their way to market. 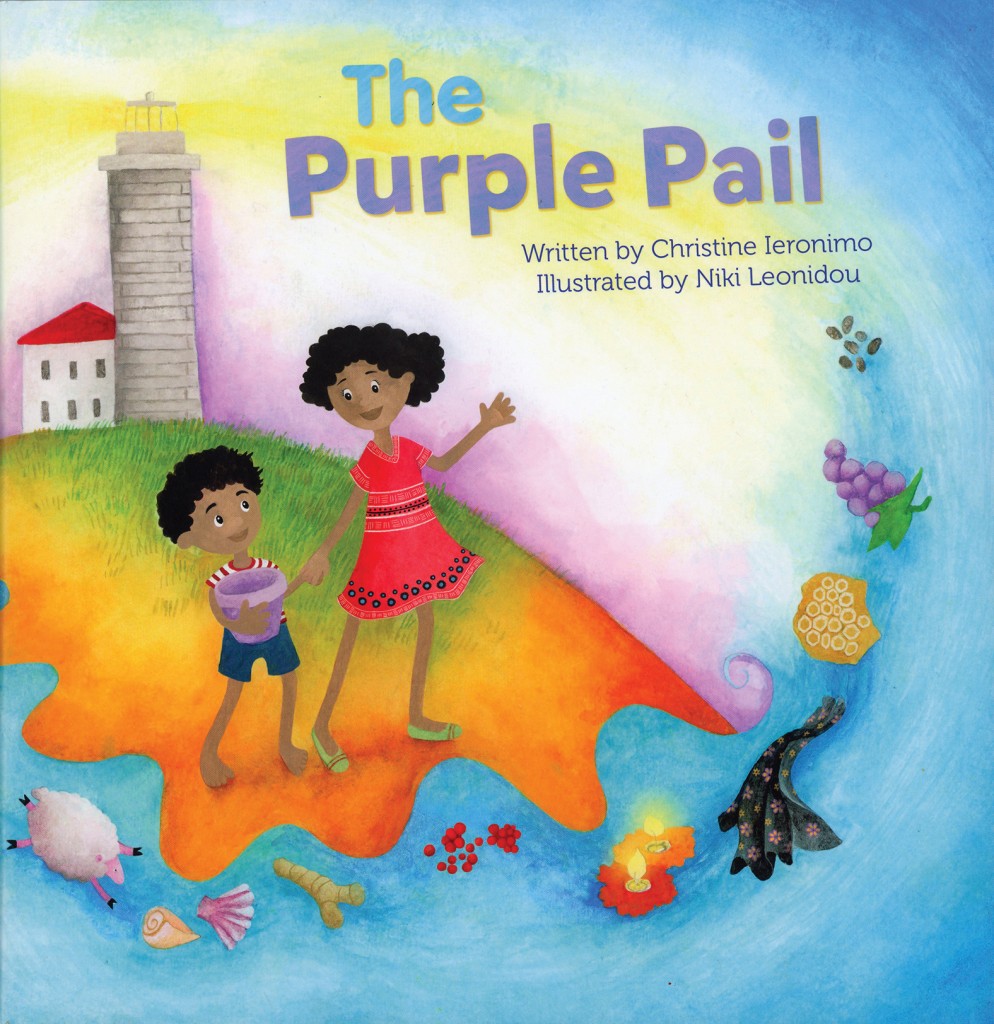 Along the way, delightful illustrations by artist Niki Leonidou give hints as to where the pail has landed. The global story shows that we are all connected, while embracing the themes of diversity and inclusion.

“It’s so important to have representation — that all children can see themselves in picture books,” Ieronimo says. 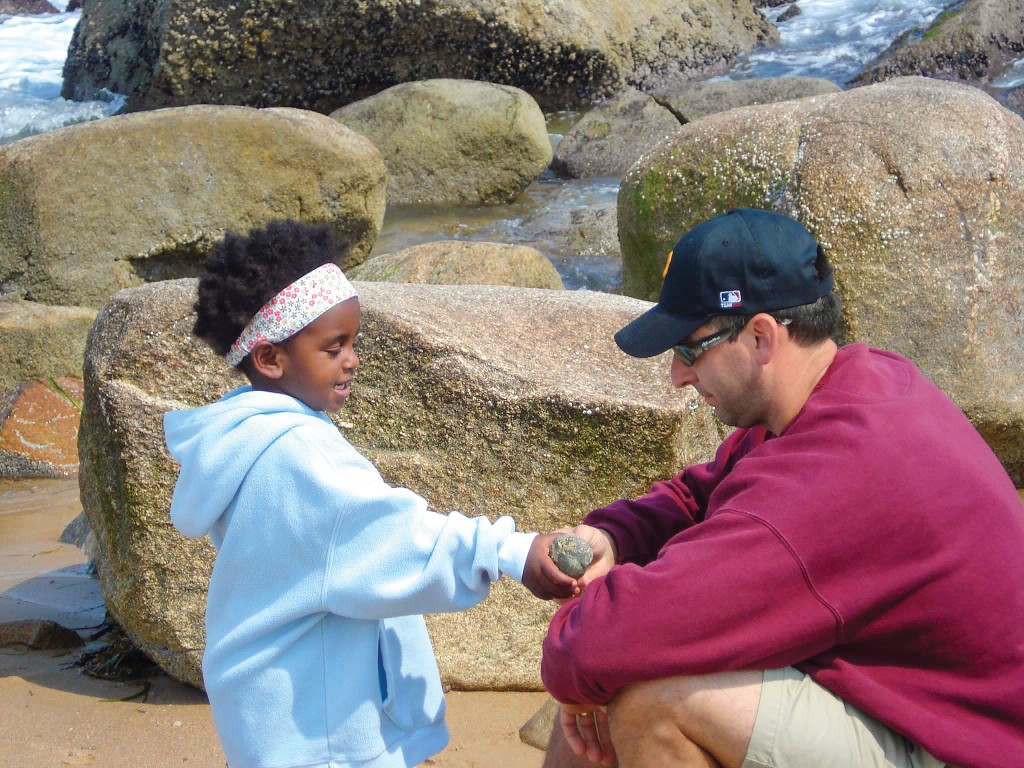 Eva Alemitu and her father, Michael. Photography courtesy of the author.

She was intent on starting the story in Watch Hill. Her father’s family has deep roots in Westerly, and she grew up on its shores with her parents, and then with her own family as her children grew. They also have a small family house in Charlestown where they often stay.

The idea for the book first germinated seven to eight years ago, and the writing and editing process took about six to seven years. Clavis Publishing, a Belgian company, has published the book in three languages: English, Dutch and Indonesian. Ieronimo’s website, christineieronimo.com, also has an interactive map where readers can learn more about the pail’s adventures.

This is Ieronimo’s second book. Her first, A Thirst for Home, was also inspired by Eva Alemitu — it tells of her journey from Ethiopia to the United States, and of the importance of water through the eyes of its main character, Alemitu.

Ieronimo hopes a sequel is in the future. After all, there are just so many intriguing places to travel around the globe.

“I hope it can continue on its journey,” she says. “There are so many countries to visit. We could be traveling for a long time, learning about the different countries around the world.”