Buy tickets before this Friday at midnight, and guests will save $10 per person on admission to the Hollywood-themed party. 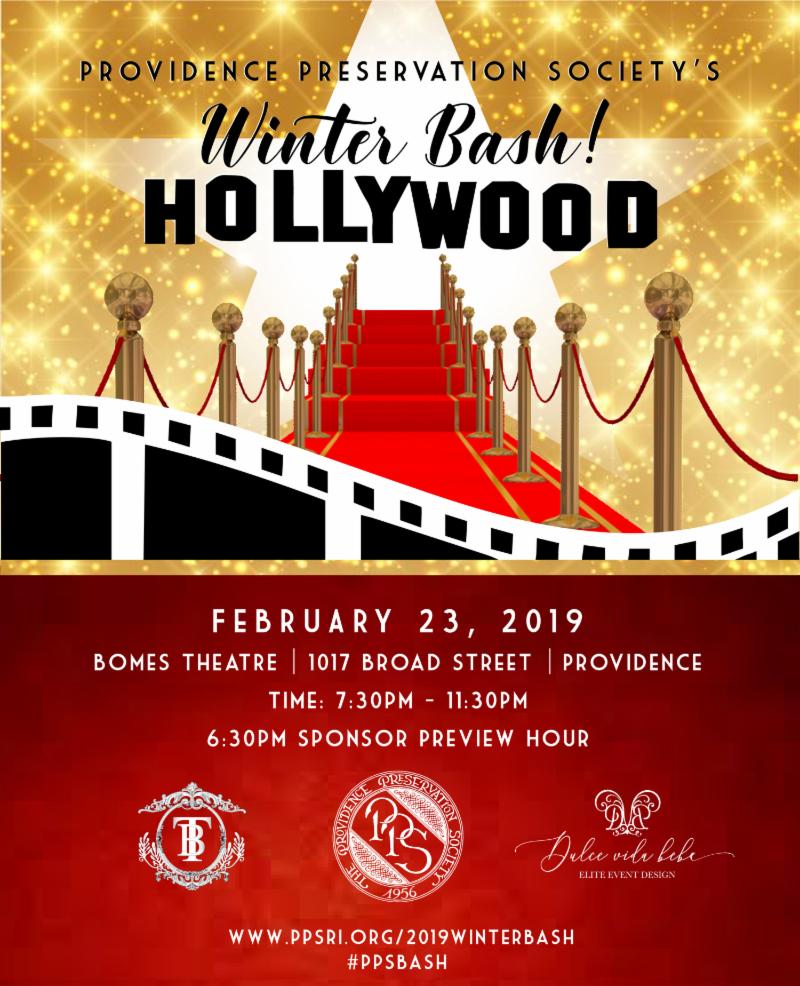 Now is the time to buy tickets to one of the coolest winter parties in Rhode Island, the Providence Preservation Society’s Winter Bash. Every year, the committee comes up with a creative theme, and guests love researching costumes and getting all decked out to go along with the impressive decor. This year’s PPS Winter Bash theme is HOLLYWOOD, and the party is happening on Saturday, February 23 at the recently renovated Bomes Theater. Buy tickets before this Friday at midnight, and guests will save $10 per person on admission.

I’ve been to at least three PPS Bashes, and every year, the guests go all out planning their costumes, and the historic venue where the party is hosted always has an extraordinary story behind it. The Providence Preservation Society chooses a new location each year, and it’s always a property that is being saved to go along with Providence Preservation Society’s mission.

Just before Oscars season, start planning your Hollywood costume now, whether it’s Marilyn Monroe, Clark Gable, or a more recent star like Lady Gaga, Mary Poppins or the timelessly fashionable Gwyneth Paltrow. Helpful hint: Hit up one of Providence’s many vintage stores, and you just might find an old Hollywood gown or tux to be the best dressed people in the room.

The venue itself, the Bomes Theater, was once an entertainment destination in Providence and it’s been newly restored just in time to host the party of the year. “Built in 1921, this Beaux Arts-style theater suffered from years of vacancy and neglect, and was listed as a Most Endangered Property five times,” according to PPS. “In 2018, local developer Fernando Tavares took custody of the building and embarked on a complete rehabilitation.”

Ticket prices include music, entertainment and complimentary bites, but it is a cash bar. VIP ticketholders have access to the exclusive VIP lounge with bottomless bubbles and gourmet treats from Rhode Island’s most popular restaurants. A special sponsor preview hour will take place from 6:30–7:30 p.m. General admission begins at 8 p.m.

Editor’s note: Jamie Coelho is a committee member of this event.

Special Offers for Furloughed Government Workers during the Shutdown