Artists can make creative use out of just about anything, including this beached catboat turned art studio.

Artists can make creative use out of just about anything. Case in point: In 1906, when famed painter and Little Compton native Sydney Burleigh came across a beached catboat — which once ferried goods across the Sakonnet River — he hired a team of horses, towed it to his property on West Main Road and thatched on a roof. 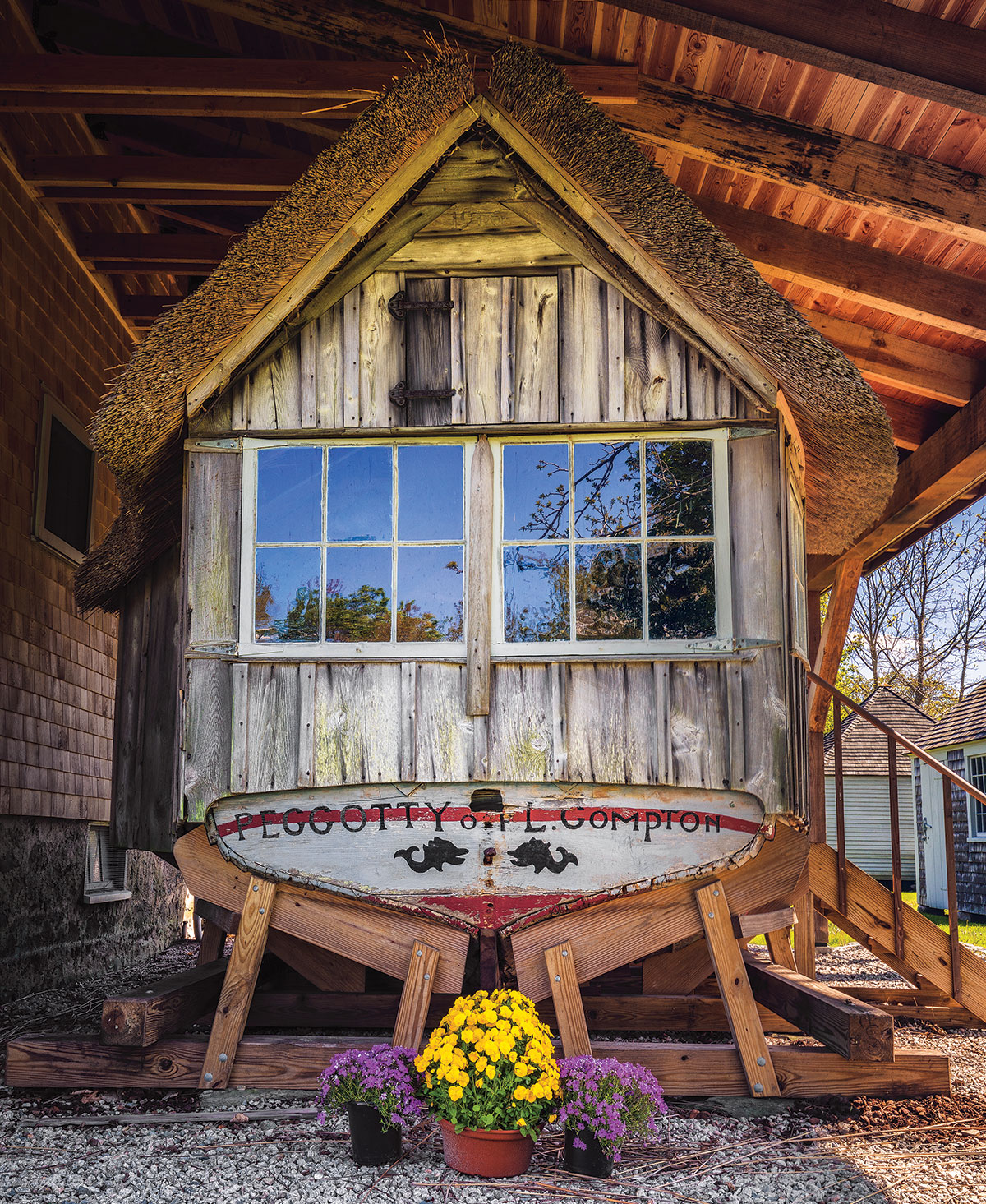 He christened it Peggotty after the loyal nursemaid who lived in an overturned boat in Dickens’s David Copperfield and used it as his art studio for the rest of his days, says Marjory O’Toole of the Little Compton Historical Society. Burleigh died in 1931 and, in 1962, the property changed hands, prompting the new homeowners to donate the studio to the historical society. For years, Peggotty was exposed to the elements. “It was in danger,” O’Toole says. “The boat cradle that was holding it up was literally falling apart before our eyes.” To avert disaster, O’Toole and her colleagues launched a fundraising campaign to purchase a new cradle, display structure and hurricane screens. Now, the abandoned ferry rescued from the sand and stone 113 years ago — quite possibly the oldest catboat in existence, O’Toole says — is saved once more, and beautifully.