Cocktails that come to you: That’s the business plan behind RI Cruisin’ Cocktails, a mobile cocktail bar serving fancy drinks out of a retro, renovated 1961 Shasta trailer affectionately named Marigold. The longtime Providence bartender Sarah Gwizdowski from the Hot Club and the East End officially started her own business about a year ago, and the trailer is roaming around Rhode Island this spring, mixing up drinks at local businesses and outdoor events.

Upcoming appearances are on weekends, including Saturday and Sunday, March 27 and 28 from 11 a.m. to 5 p.m. at Revival Brewing’s new outdoor space in Olneyville (check the Instagram account @ricruisincocktails for other upcoming dates). In June, Marigold will also return to Hope and Main’s Schoolyard Market in Warren to serve cocktails for on-site sipping as well as for takeout tipsiness at home.

Gwizdowski got the idea for the cocktail trailer after learning about mobile cocktail businesses in California and Texas. She tracked down a woman who retrofits retro trailers and bought one. She realized she was actually going to make the mobile cocktail business happen once the trailer was sitting in her driveway. “I was like all right, I guess this is really happening,” Gwizdowski says with a laugh. “But then the pandemic happened, and that’s when I actually finished getting my liquor license. I thought the summer would be full of events and weddings. And then none of that happened.” 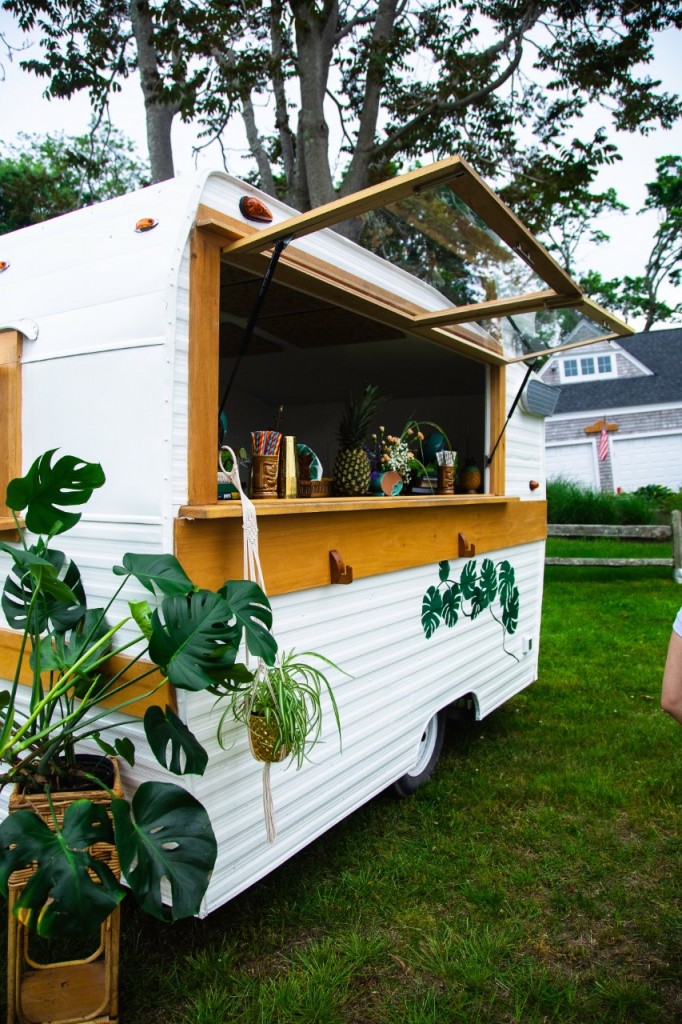 But she was able to pick up gigs here and there over fall and winter with the help of her friend and bartender Katerina Pedersen, who also tends bar in Marigold at events around town. Over the winter, they picked up appearances at Hope and Main’s Meet Your Maker and Holiday markets. The local business incubator is also Gwizdowski’s commissary where she mixes up syrups and juices. They also served hot cocktails and hot chocolate at Blithewold’s amazing holiday lights display in December.

As springtime weather warms up, Gwizdowski and team are ready to book more small events and social gatherings like intimate outdoor weddings, birthday parties, showers and anniversaries. “People are starting to think outside the box with different ways to do their weddings,” she says. “Maybe someone was going to have a large wedding, but now they’d rather rent a giant house in Narragansett that has a pool and is close to the beach, and throw a fifty-person party.” Some couples are forgoing formal events for more casual affairs. “They say, we’d rather have it low-key and fun,” she says. “We’re making cocktails but the trailer makes it more casual.”

Gwizdowski loves when clients come to her with a theme for an event. Then she can have fun with cocktail names and recipes. “When someone is hosting a party and they have a theme going for it, that’s more motivation,” she says. For spring, she’ll be working with hibiscus, lavender and other floral flavors, while trying to create a more consistent menu for events. She loves working with spirits from local companies like the women-owned the Industrious Spirit Company and Rhode Island Spirits. It’s women supporting women in business all around.

But Gwizdowski also has to give her dad, Dave Gwizdowski, some credit. He’s the one helping to tow the trailer around and he serves as an honorary barback. Plus, her dad is hard at work helping to retrofit a second, bigger 1961 Shasta trailer to serve as an additional vehicle for the business. “We gutted it and we’re rebuilding it to make it into another mobile bar, so we’ll be able to do more events,” she says. “I can design the inside based on how I want it set up, and have certain design details that aren’t in Marigold. Hopefully we’ll have that ready by June.” That way one trailer can be at a wedding or other hired event, while the other serves drinks at a block party, event or market.

Gwizdowski spent part of the winter and will continue through early spring working as a bartender near Okemo Mountain up in Ludlow, Vermont. She’s been mixing drinks at a fun indoor/outdoor cocktail bar called Main and Mountain, where she’s learning more about creative craft cocktails and perfecting her bartending skills even more while Pedersen manages the bar for Marigold at home. “Being in a different location for the winter and learning from people about making cocktails up here is only going to help me in the long run,” she says. “But I am ready to get back to Rhode Island and focus on everything down there.”

For now, you can catch Pedersen tending bar at Marigold at events around town, and you can also book RI Cruisin’ Cocktails for events in Rhode Island. Just fill out the form at ricruisincocktails.com and follow along on Instagram at @ricruisincocktails. 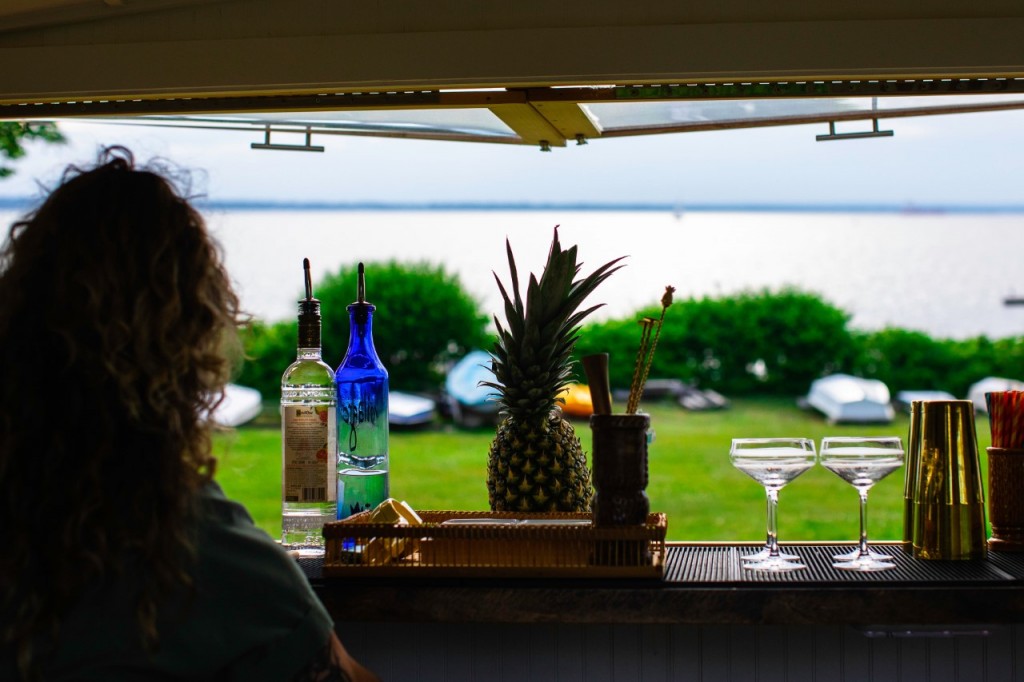