The Rhode Not Taken sparks conversation on what people like best within Little Rhody. 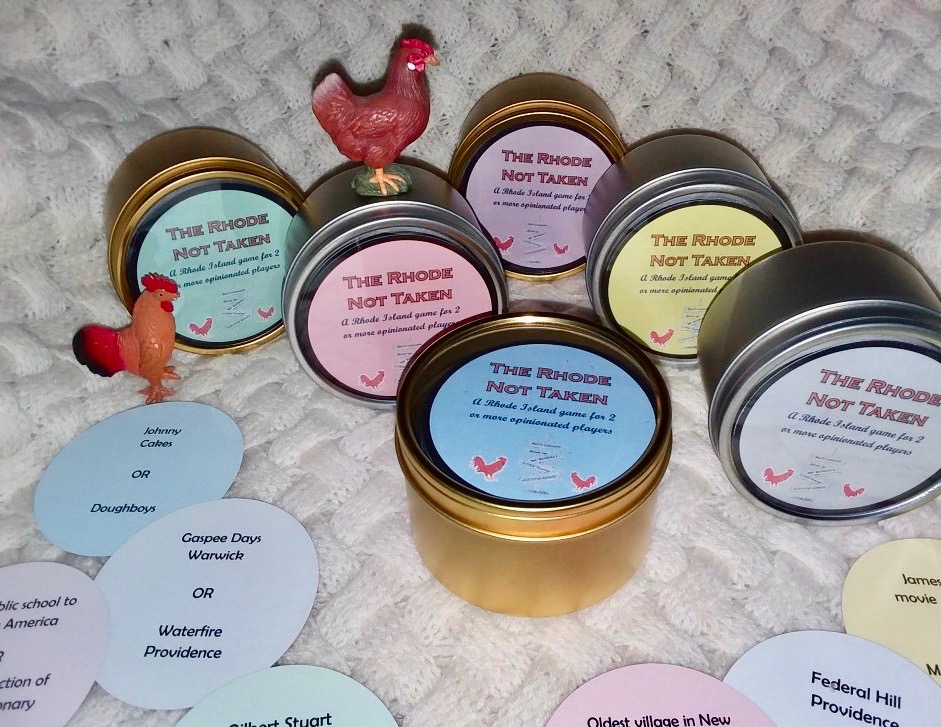 The Rhode Not Taken is a new conversational game where players can choose what they consider to be the best in Rhode Island. Each game comes with 180 cards in six different colors, in a ‘this or that’ format. What is better in your opinion? Iggy’s Doughboys and Chowder House or Allie’s Donuts? Test how well you know your friends or simply use the game as a conversation starter. All proceeds from the game will benefit the historic Westerly Armory.

How to Play: One player chooses a card from the deck and reads the two choices out loud. Silently, this player decides which option they like better while the other player guesses what the card holder chose. If the guess is correct, the opponent is given the card. If the guess is incorrect, the card holder keeps the card. To find a winner, players can set a time limit or play until someone reaches a specific number of cards.