The beer was produced overnight in anticipation of the results of the heated late-night football game, and it's available in liquor stores today. 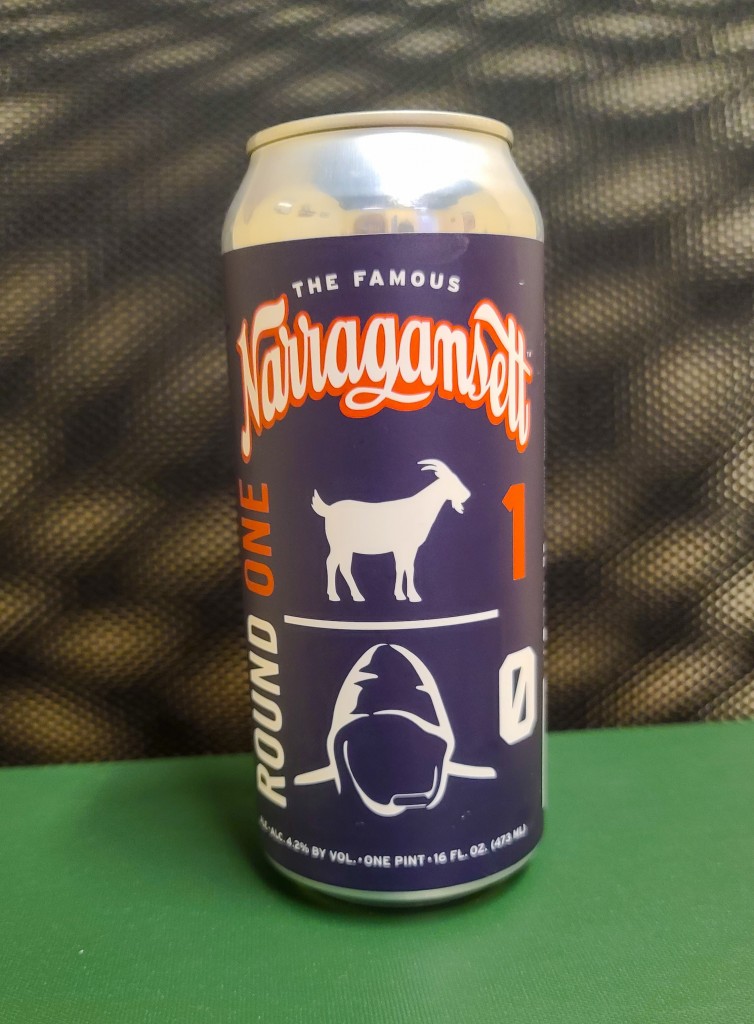 The Goat may have won this time, but remember, this is only Round One. Yesterday, Narragansett Beer dropped a surprise brew called Round One, and it was produced basically overnight in anticipation of the results of Sunday’s heated, late-night football game in which the New England Patriots’ former golden boy quarterback Tom Brady went head-to-head with his former family and coach Bill Belichick as the quarterback for the Tampa Bay Buccaneers. “It’s made from the tears of Patriots fans,” according to ‘Gansett Beer’s Instagram account.

The beer, a tropical version of Fresh Catch, was teased on Narragansett Beer’s social media in advance of the game, but no one could know the results of the can design until the final play. The Rhode Island-centric brewery created two labels for the brew, one that featured the “Goat” Tom Brady on top, and one spotlighting Belichick’s hoodie on top. Of course, we all know the results of Sunday night’s game: the Pats lost to the Buccaneers 19-17.

Narragansett Beer’s Round One brew is sure to spread some animosity in New England, but we can bet Tampa Bay fans will not turn down a chance to rub it in our faces. Good luck selling that beer in New England, Narragansett. You are going to need it.

Round One is available at Rhode Island liquor stores and the Narragansett Brewery in Providence for a limited time only. Stay tuned for Round Two…