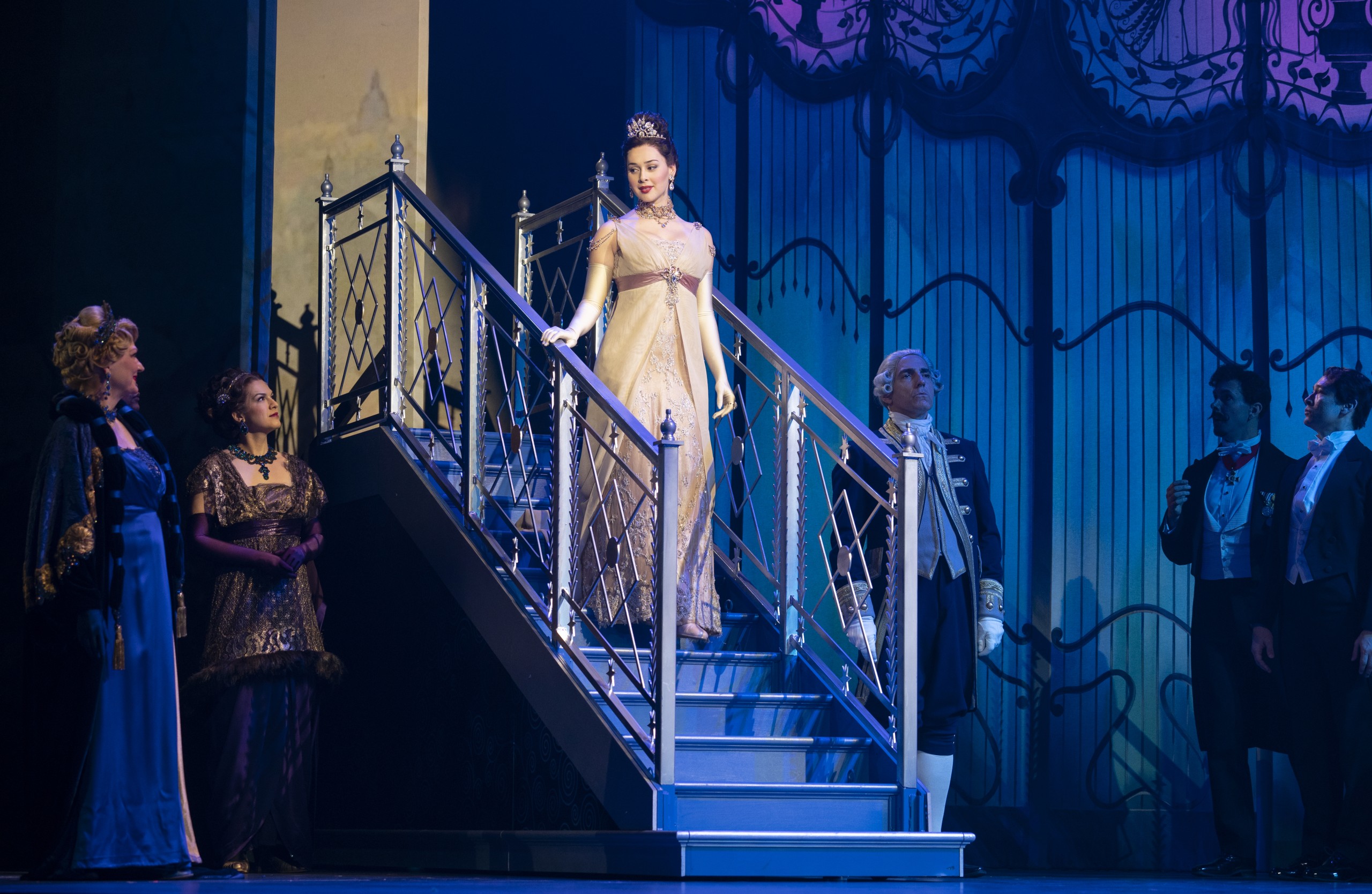 Just how many hats does Shereen Ahmed wear as Eliza Doolittle in My Fair Lady?

Six if you count her crown, and that’s just a fraction of the 136 hats, ninety-four wigs, numerous elaborate set pieces and eight tractor trailer trucks needed to carry it all for the big-budget production of My Fair Lady currently playing at the Providence Performing Arts Center.

Ahmed stars as Doolittle, the Cockney flower seller who seeks to improve herself by ditching her ne’er-do-well accent. Laird Mackintosh is Henry Higgins, the big-headed phonetics professor who makes a bet he can pass her off as a duchess in six months. East Providence native Kevin Pariseau makes regular appearances onstage as Colonel Pickering, the friend and fellow linguistics enthusiast whose kinder exchanges with Eliza balance the professor’s harsh teaching methods.

Ahmed, from Maryland, has big shoes to fill in her touring debut as Eliza. The role was originated by Julie Andrews and later starred Audrey Hepburn in the 1964 film. The actress says she grew up watching Hepburn in the role.

“I remember watching Audrey Hepburn and My Fair Lady and just being fascinated with the story and really with performing,” she says. “And so My Fair Lady was one of my first introductions to this passion that I have inside.”

Ahmed, whose family is of Egyptian descent, is also the first Arab-American and first woman of color to play the role on Broadway (she served as the Broadway understudy before embarking on the touring production). She describes the distinction as both terrifying and freeing as she embraces the role of torch-bearer for other Arab-Americans looking to break into classic roles in the theater industry.

“It just means that the door’s open now and people from my community can come and see the show and see themselves in the show,” she says. “It’s really important to me that people feel represented, because people are able to connect more to the story in that way.”

“It’s easy to be in Aladdin,” she adds. “But to be in a period piece like My Fair Lady where your race, your ethnicity, your religion does not inform your character, to play Eliza Doolittle who is an English girl, it feels freeing in that way. And I hope that we are on the path to see more of that.” 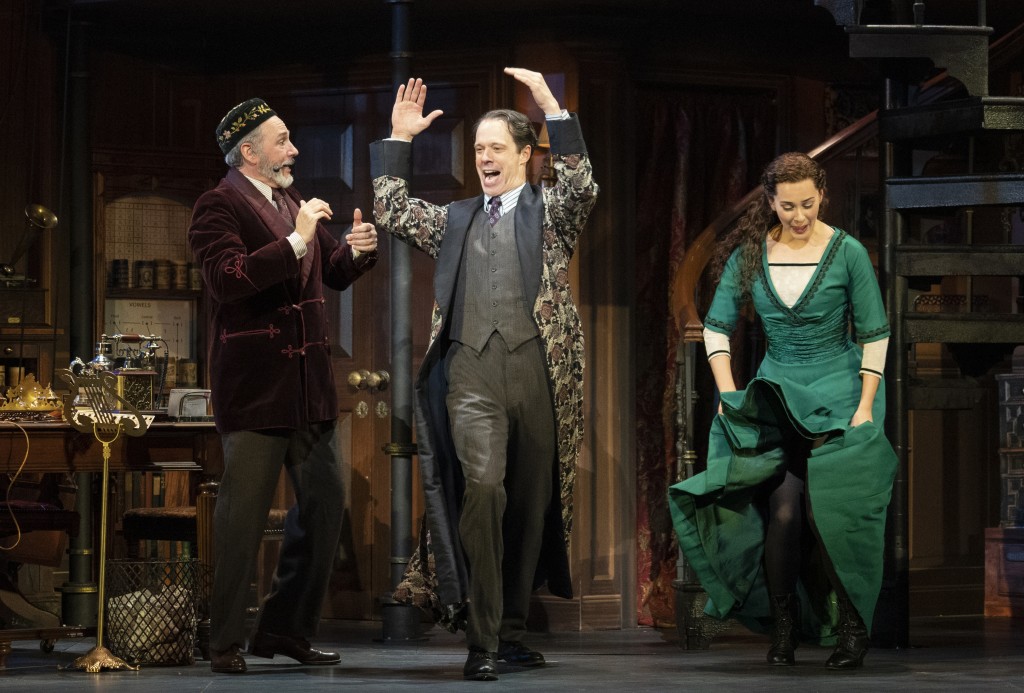 For Pariseau, this week’s run at PPAC is a homecoming. The actor grew up in East Providence and starred in various East Providence High School productions, including The Odd Couple and The Sound of Music, before studying at Brown University. This week’s audiences, he says, will be packed with friends and family members, including his former high school drama coach, Arnold McConnell.

“I think my mother has essentially enlisted so many people to come to the show that I’ve paid for my own salary this week,” he says

Pariseau recalls attending school committee meetings in the 1970s, when students often had to fight for funding for the arts. At the time, he says, he had no intentions of pursuing theater as a career, though he thinks young people today are much more tapped into what’s happening in the theater scene.

“If I had known then what I know now, I certainly would’ve been more aggressively pursuing it,” he says.

The current tour began in December 2019 before taking an eighteen-month break for the pandemic. Pariseau stayed busy with audiobook work and television appearances in “The Blacklist” and “The Marvelous Mrs. Maisel.” When the show finally resumed touring in September 2021, he, Ahmed and Mackintosh brushed up on their lines over Zoom before joining the cast for eight days of rehearsals to kick off the return.

“It was daunting to be away from it for so long,” he says. “That break was not a pleasant one. A lot of nervous nail biting. We didn’t know if the tour would ever come back.”

The show takes a more female-centered approach to its storytelling than the 1950s production. Under the direction of Bartlett Sher, Ahmed says, the story hearkens back to its original roots in George Bernard Shaw’s Pygmalion (the play on which the Broadway musical is based), delivering less rom-com and more social commentary as the playwright originally intended.

“It was about her transformation and gender politics and the speech, which is a very radical idea back when it was first written in the early 1900s,” she says. “There’s a lot more Pygmalion involved in this one, and we have refocused it into Eliza’s story and their relationship and who really changes who.”

My Fair Lady plays for eight performances through Sunday, May 15. BankNewport Family Night, when families can receive one free ticket for a child with the purchase of a regularly priced ticket, is on Thursday, May 12 at 7:30 p.m. Visit the PPAC website for more times and ticket prices.

Al Fresco Dining Coming Back to Federal Hill this Weekend

The Comedy Park is Bringing Comedy to Cranston