Providence boasts a collection of excellent museums within a small radius that I call the “Museum Mile.” An oval extending south from Roger Williams National Park to the John Brown House Museum on Power Street, and eastward to the Lippitt House Museum contains these great museums: the Center for Slavery and Reconciliation on North Main Street, the First Baptist Church in America, the Benefit Street Armory, the Old State House, RISD Museum, the Providence Athenaeum, the Haffenreffer Museum of Anthropology on Brown’s quad and the Stephen Hopkins House.

A reasonably curious person could spend hours in these eleven places, as I have. Here are five of my favorite objects from some of the museums: 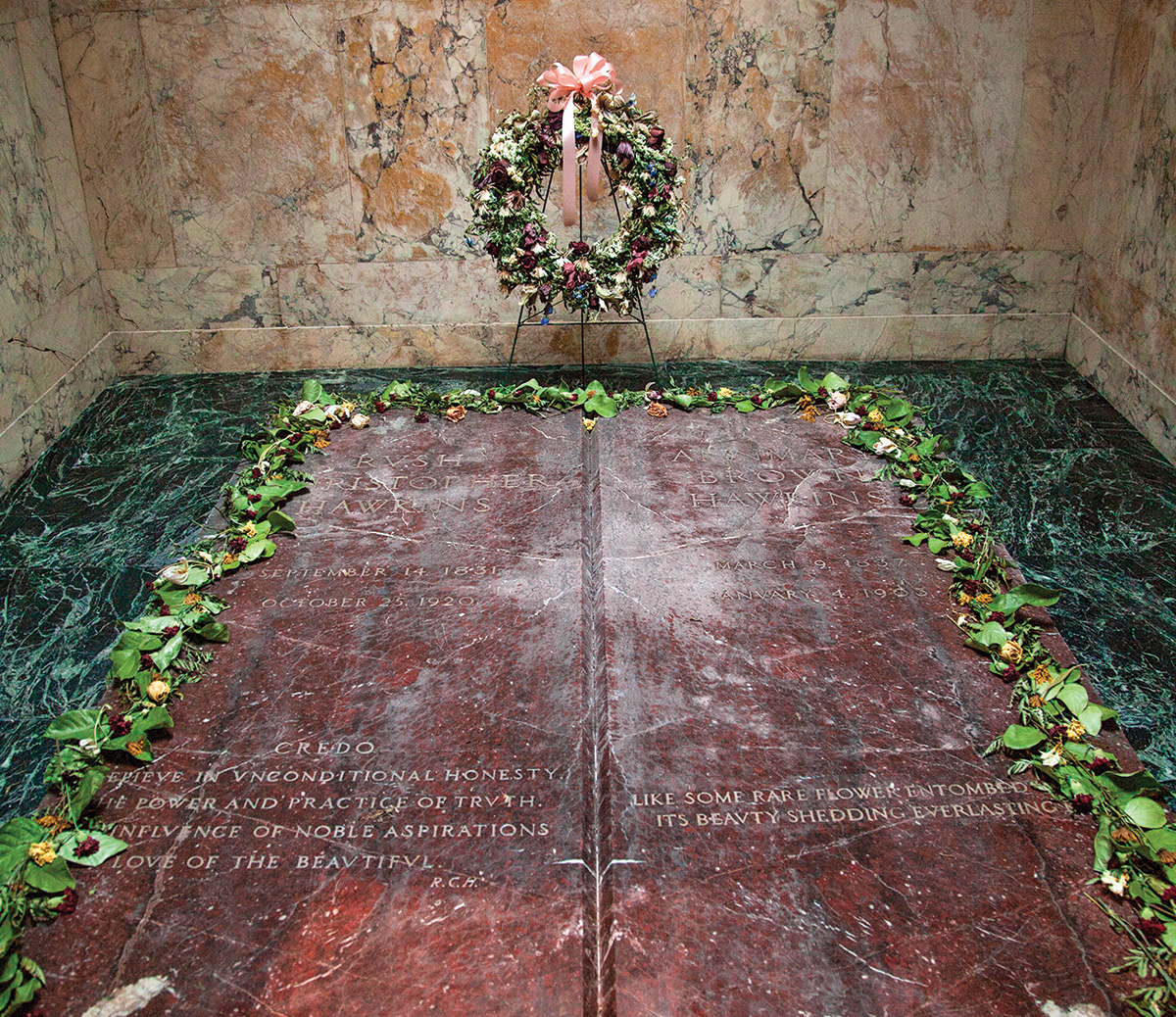 The Annmary Brown Memorial on Brown Street houses the collection of General Rush C. Hawkins. He built it in 1903 to hold art works, his collection of “incunabula” (books published before 1500), and the body of his wife, Annmary Brown of Providence. Brown University has moved the books but plenty of objects remain, including both Hawkins’s and his wife’s indoor tomb. My favorite object is a copper box fastened by a big pirate’s lock that contains her love letters. A handwritten label says: “Hawkins to her husband from the time of their first meeting to the time of her death. They are to remain always where they are and the box never to be opened. April 15, 1908.” library.brown.edu/about/amb

The Benefit Street Armory holds “souvenirs” collected by Rhode Island artillerymen from every United States war since 1801. There is a Confederate Battery guidon captured by the Fourth Rhode Island Infantry from Alexander Latham’s battery at the Battle of Newbern, Virginia, in 1862. It has a blood red field and eleven white stars on crossed bars of blue. 176 Benefit St., Providence 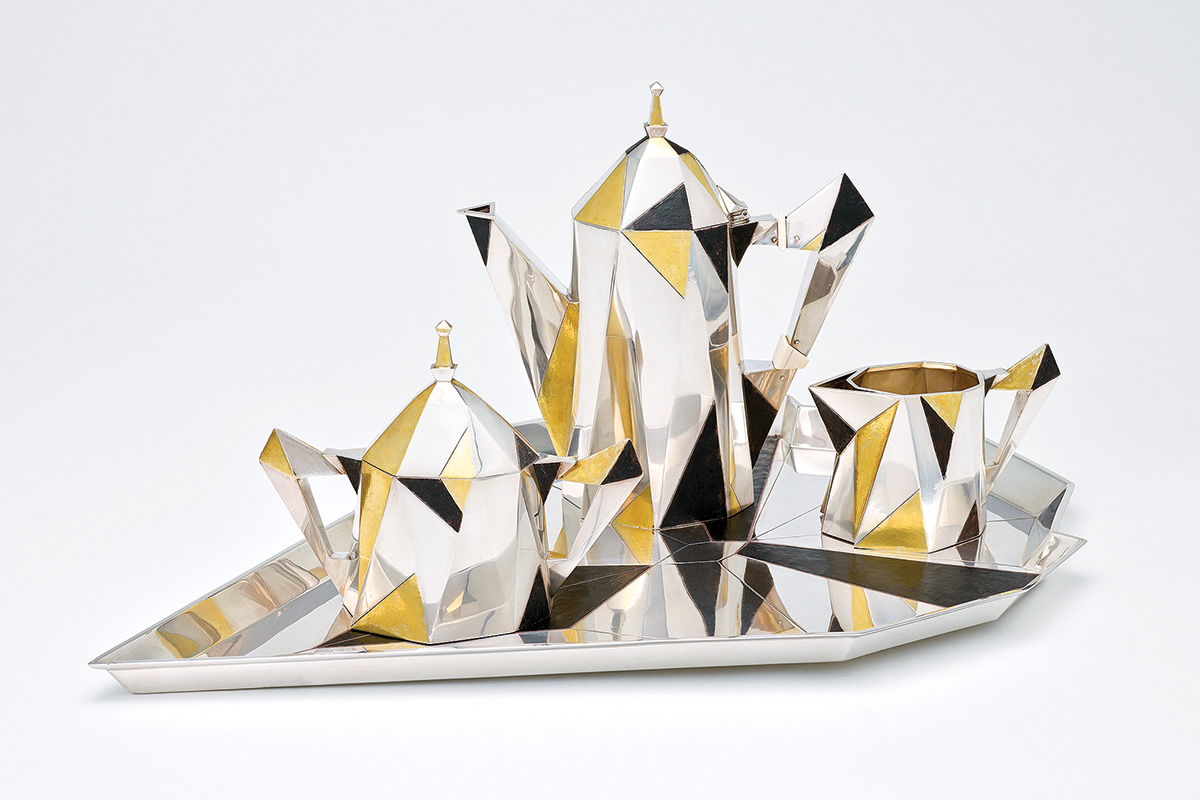 RISD Museum owns the world’s largest collection of Gorham silver, pieces crafted in Providence between 1811 and the 1980s. The best is the coffee service Erik Magnussen crafted in 1927. For Gorham, high-end design was not solely about function, it was also about form; and form was ever-changing to reflect the zeitgeist, the spirit of the times that created it. Magnussen flew above New York City in an airplane, then captured the play of light and shade on skyscrapers as seen from the sky in “The Lights and Shadows of Manhattan,” a piece that embodies the soaring spirit of the Art Deco movement. risdmuseum.org

The John Brown House Museum has many interesting objects, too. Contenders are: Brown’s carriage, built in the 1780s, the “Root that Ate Roger Williams,” and a soup tureen shaped like a water buffalo’s head so soup steam shoots through its nostrils. But I’m choosing an iron pair of ankle chains, possibly from a slave trading vessel. These anchor the permanent exhibit on Rhode Island’s role in the trans-Atlantic slave trade. The display uses records from a slave-trading voyage that the Brown brothers sent out in 1764, The Sally, which kidnapped a total of 196 enslaved people, 109 of whom were killed or died on board the ship. rihs.org/museums/john-brown-house 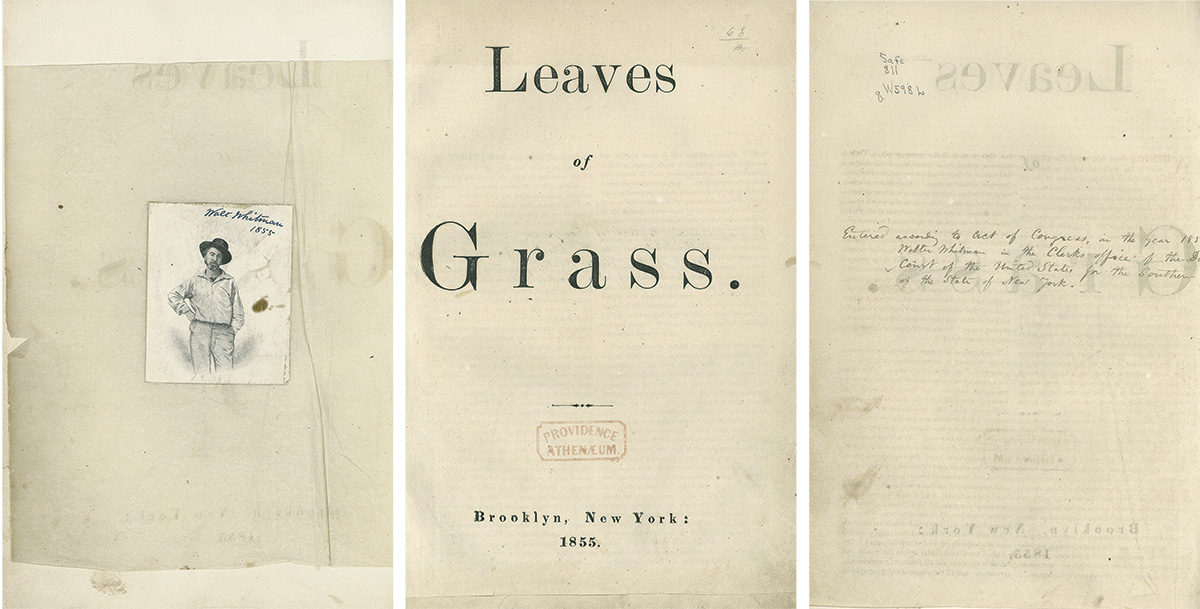 Courtesy of The Providence Athenaeum.

The Providence Athenaeum on Benefit Street has so many cool items tucked away that I could not choose just one. I asked the executive director, Matt Burriesci, to make that decision. He wrote: “The item I always show people — particularly writers who visit the Athenaeum — is our first edition of Leaves of Grass [published in 1855].  Purchased for $1.25 when it was new, our volume’s copyright is hand-inscribed by Walt Whitman himself.  Everyone I’ve ever shown it to has been gobsmacked.” providenceathenaeum.org