Since 2020, Mifflin Lowe has published four wonderfully received titles: Forgotten Founders; Dad: The Man, The Myth, The Legend; The True West; and The Cuddle Book

It’s been a great two years for Newport-based author Mifflin Lowe — a statement that may seem a bit foreign amidst our new pandemic-induced reality. Since 2020, he has published not one, not two, not three, but four wonderfully received (by both critics and readers alike) books with two excellent publishers: Forgotten Founders; Dad: The Man, The Myth, The Legend; The True West; and The Cuddle Book.

Believe it or not, though, the pandemic played no part in his momentum.

“I’m a writer, right? I go in and I sit at a desk, and I write. That’s what I do all day. I don’t have to go out and meet with people, so the pandemic didn’t affect my day-to-day life,” he says. “What my recent success really comes down to is persistence.” 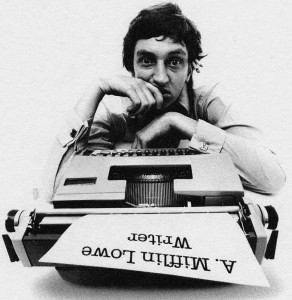 It all started with a story he wrote back in 2000 called Cowboy Howie.

“It’s about a young Black kid from New York City who wants to be a cowboy. He looks at all the skyscrapers and reimagines them as the Grand Canyon, dogs become wolves, and pigeons into eagles,” he says. “Back then, people told me, ‘Well, Black people don’t buy books, and no one buys books about Black people.’ For real, they said that. I even had an agreement with a movie company, and they said, ‘Does he have to be Black?’ I said, ‘That’s the story.’ They said, ‘Well, does he have to be the main character?’ I told them, ‘He’s the Fonz…you can’t have ‘Happy Days’ without the Fonz!’”

The company gave him the rights back, but Lowe wasn’t worried: he had sold it fast once so he would sell it fast again.

He didn’t. Instead, he spent the next fifteen-plus years shopping the story around in between finding success with other works, including The Cheapskate’s Handbook 2.0 and Little Dog, Big Bark. Lowe eventually set his sights on turning it into an animated film, and when he decided to become a snowbird and split his time between Rhode Island and Florida, he chose Sarasota for its proximity to the Ringling College of Art and Design. Though the film has yet to come to fruition, he did end up connecting with a recent graduate, Martina Crepulja, to illustrate the story for print. He self-published Cowboy Howie in 2018. 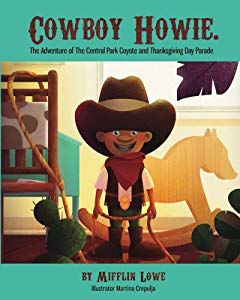 Around the same time, Lowe once again found himself working with Familius, the publisher of his Cheapskate’s Handbook, to put out The Cuddle Book, an adorable-as-it-sounds picture book. He brought up Cowboy Howie again, thinking it could be updated and republished, but the art director at the time, David Miles, had another idea. 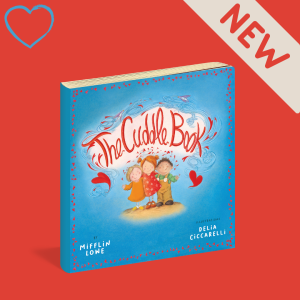 “I used to go around to different schools and do talks about Black cowboys and all that, and he said, ‘Well that’s interesting, why don’t you do a story on the true west?’ I said okay, we’ll do a non-fiction version [of Cowboy Howie].”

Miles went on to start his own publishing company, Bushel and Peck Books, not long after, and Lowe followed him.

“He’s a great guy and we really hit it off,” he says. “Also, they’re doing great things: for every book they sell, they give a book to an underserved community.”

The True West was published with Bushel and Peck in June of 2020 and features the true stories of Black cowboys, women sharpshooters, Native American rodeo stars and more unsung historical figures of the American West. It has since been named a Notable Social Studies Book by the Children’s Book Council and National Council for Social Studies and has garnered complimentary reviews from Booklist and the School Library Journal. 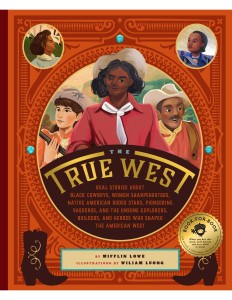 Building off that success, Miles then tasked Lowe with finishing another children’s title called Dad: The Man, The Myth, The Legend. The amusing tale came out in May 2021 and depicts a father who not just handles, but triumphs over just about every hurdle parenthood throws at him — all with smile on his face. It’s earned positive reviews from Kirkus, appeared on the cover of Publisher’s Weekly and has even been translated for French, Italian and Polish readers to enjoy.

“If you do a good job for someone, they’re probably going to want you to do something again,” Lowe says.

Freshly published earlier this summer, Forgotten Founders is similar to The True West in that it highlights people we often don’t hear much about in our schoolbooks, but who made just as much of an impact on history as, if not more than, the household names we do know.

“It’s about women and people of color in the Revolutionary War,” Lowe says. “There’s one chapter about the 1st Rhode Island Regiment, which was half Black. It was a significant step forward for that time. Those guys were really good, valiant soldiers who worked together to defend Newport and later took part in the Siege of Yorktown.” 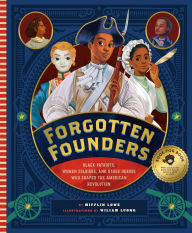 Lowe admits, though, that he finds the women to be the most fascinating people in the book.

“Because if you’re a guy soldier, [the history goes] you either shoot someone or someone shoots you. But with the women, they were spies and poets and all kinds of interesting stuff. One of my most interesting characters in that whole book is Sybil Ludington, a fifteen-year-old girl who actually did what Paul Revere was reputed to have done. She rode forty miles at night from New York state down to CT to warn the Patriots about a British advance. Revere didn’t even make it to Concord; he was one of three guys in Massachusetts and the other two made it a lot further than he did. [Sybil] was the real hero.”

Another woman profiled in the book is Deborah Sampson, who enlisted in the war under the guise of a man in hopes of earning the promised financial benefits.

“She got in and during one battle she was shot with two musket balls. She went off by herself in the woods and dug them out with a pen knife. Imagine the courage it would take to do that,” he says.

And that’s just a small taste of what can be found in Forgotten Founders; it’s been named a 2022 Junior Library Guild Gold Selection and claimed a spot on the Children’s Book Council’s “Hot Off the Press List” for good reason.

With two of Lowe’s most recent successes being fiction and the other two non-fiction, we wanted to know, does he approach writing for each genre differently?

“That’s an interesting question…. Yes, the process is different,” he says. “With non-fiction, you usually know how much space you have, and how many words. And then you need to fill this space and tell the story in a straightforward, but also hopefully interesting, way. You need good lead ins and topic sentences and all that. But then for something like the Cuddle Book, there’s a little bit of style that goes into it. It’s more creative: ‘Oh isn’t it nice to curl up and cuddle and melt down inside like a big muddy puddle.’ I just got off on it. To me, that book is kind of my combination of Dr. Seuss and E.E. Cummings.” 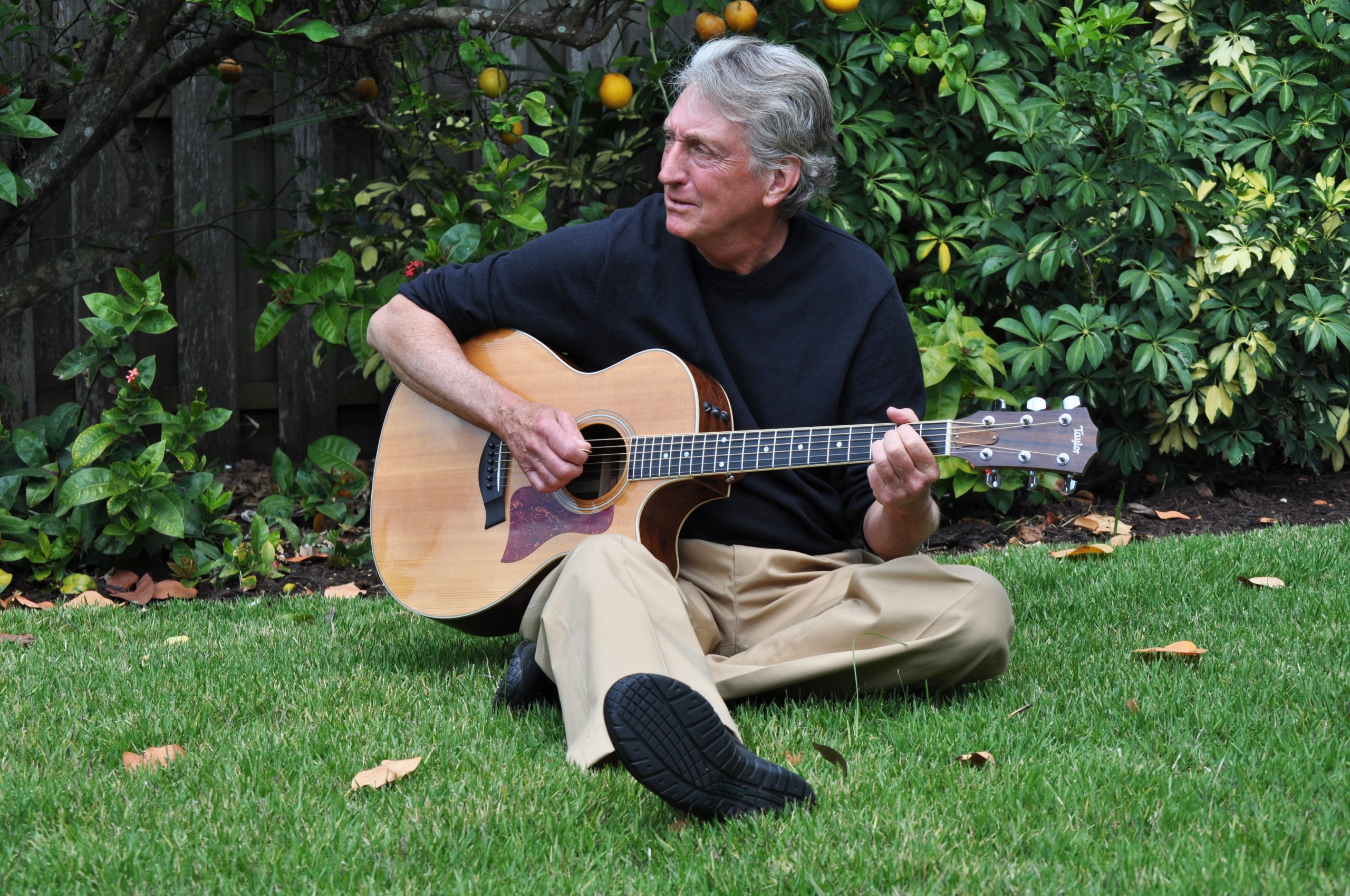 As a kid growing up in Philly, Lowe always had a knack for writing. So much of one, in fact, that his seventh-grade teacher once accused him of having his mother, who had been an English major, write his paper for him. He pinpoints that meeting as the moment he knew he was a writer. Yet when he later attended Princeton for college, Lowe found that he didn’t have much interest in the eighteenth-century literature being taught by the English department, and instead chose to study Art History — which he jokingly refers to as a stupid move — before graduating and working in advertising.

“But you know what, I had to write a forty-page paper when I was a senior and it served me well in advertising because then when a brochure came along, that was nothing. I could handle that easily. So, it was good training in that regard,” he reflects.

His early career brought him to LA, then Boston, then finally to an ad agency in Rhode Island (fun fact: the Ocean State was once a major hub for the advertising industry). At one point, Lowe even owned his own music company where he created jingles for TJ Maxx and other companies. It’s clear all of these roles have had an impact on his writing career in some way, from refining his copywriting skills to creating narratives with a lyrical quality to finding the perfect art-meets-history outlet in his non-fiction stories. His longtime appreciation for art is what drove him to work with talented illustrators like Dani Torrent for Dad: The Man, The Myth, the Legend and William Luong for The True West and Forgotten Founders.

“Picture books are called picture books for a reason. They need to have good art to draw people in,” he says. 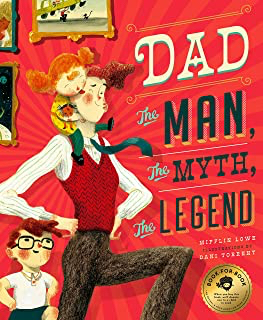 And there are more projects are in the works. Lowe is currently in the middle of doing background for a new book about immigrants. Another non-fiction title, the book would explore the stories of different people who immigrated to what is currently known as the United States, starting with the first Americans, a.k.a. Native Americans.

“They came over the bearing land bridge fractionally 16,000 years ago. And the sea level at that time was 300 feet lower than it is now. Isn’t that amazing?” he says.

There are also plans to possibly expand upon The True West with a documentary TV series.

“If it all works out, Grammy winner Dom Flemons would host and he would be like Mr. Rogers, interacting with kids and telling them stories about Black cowboys like Bill Pickett.” Lowe teases. “But they’re still pitching it, so we’ll see!”

If you’re interested in checking out Mifflin Lowe’s most recent works in the meantime, you can find them on Bushel and Peck Books’ website, or on Amazon at the following links: Forgotten Founders; Dad: The Man, The Myth, The Legend; The True West; and The Cuddle Book. 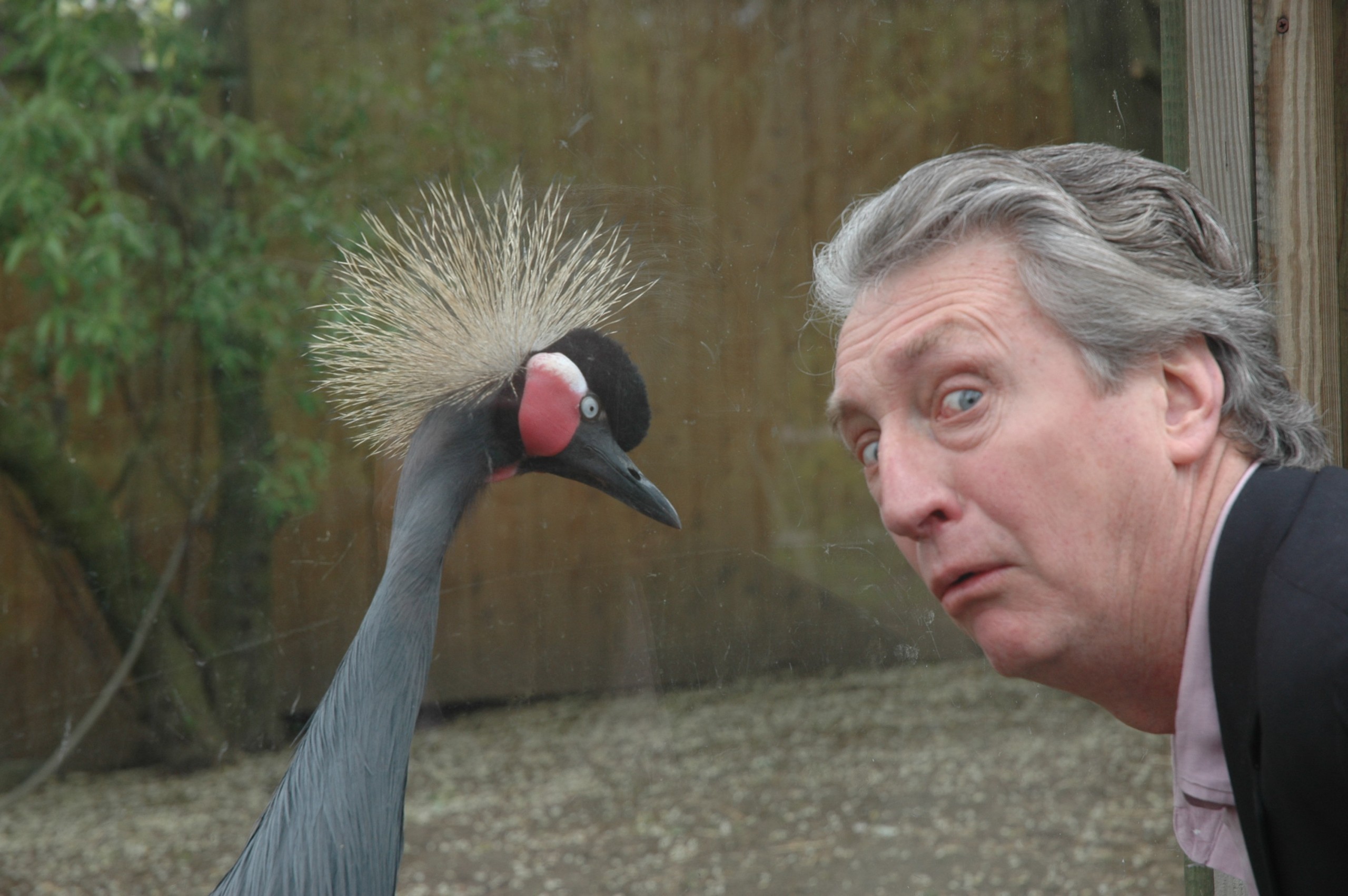