Make a Peeps Diorama for Your Fun Family Easter Activity

We consulted with peeps afficionado James O'Leary from WPRI 12 for ideas on making Peeps displays. 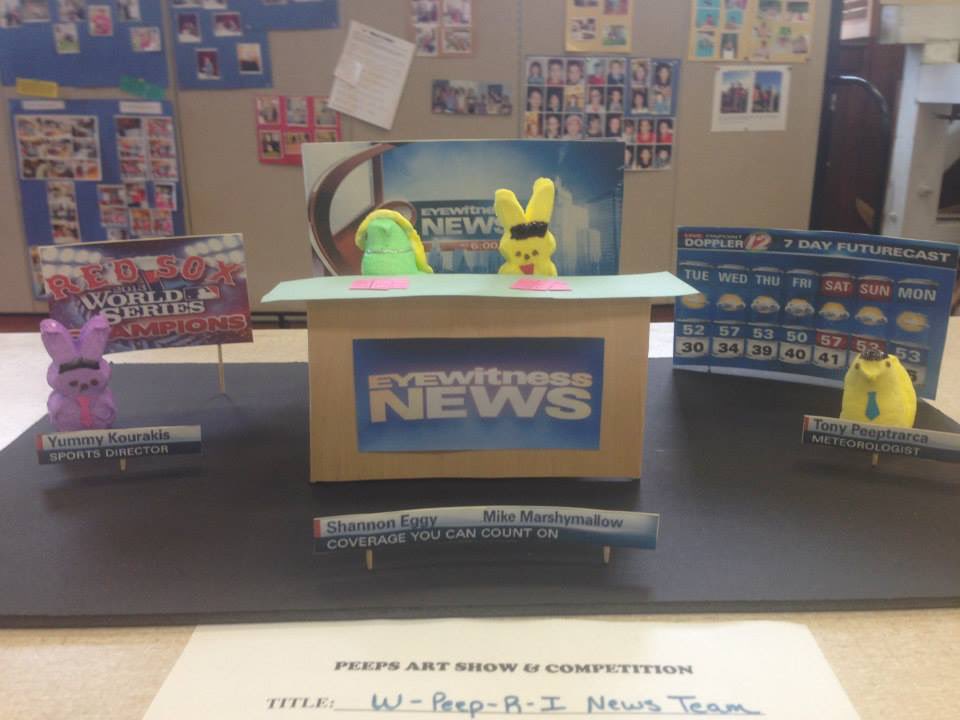 Beaking news! You can have a lot more fun with Peeps marshmallow treats than just eating them. Just grab a few boxes of Peeps bunnies or chicks, some shoe boxes and other supplies and get crafty!

I was on Twitter last year when a photo stopped me dead in my tracks. It was a Peeps diorama made to parody the WPRI newsroom with “Yummy Kourakis” as a purple Peep bunny, “Tony Peeptrarca” as a yellow Peep chick, and news anchors “Shannon Eggy” and “Mike Marshymallow” behind a makeshift news desk. James O’Leary from WPRI 12 shared the photo, and it turns out he’s a pro when it comes to Peeps dioramas. He started out by organizing a Peeps Arts Show and Competition (not affiliated with the company) at his local church a few years ago.

“We joked a lot about a ‘Peep Show’ at church,” he says. “I decided to make my co-workers out of Peeps [in 2014] because I’m a hardcore news nerd — plus their names translated perfectly into marshmallow puns,” he says. “The following year, the Patriots won their fourth Super Bowl [in 2015] in dramatic fashion. So it was easy to come up with the idea of the post-game celebration in Peep form. However, making tiny Peep-sized jerseys and a mini Belichick hoodie proved to be a challenge!” 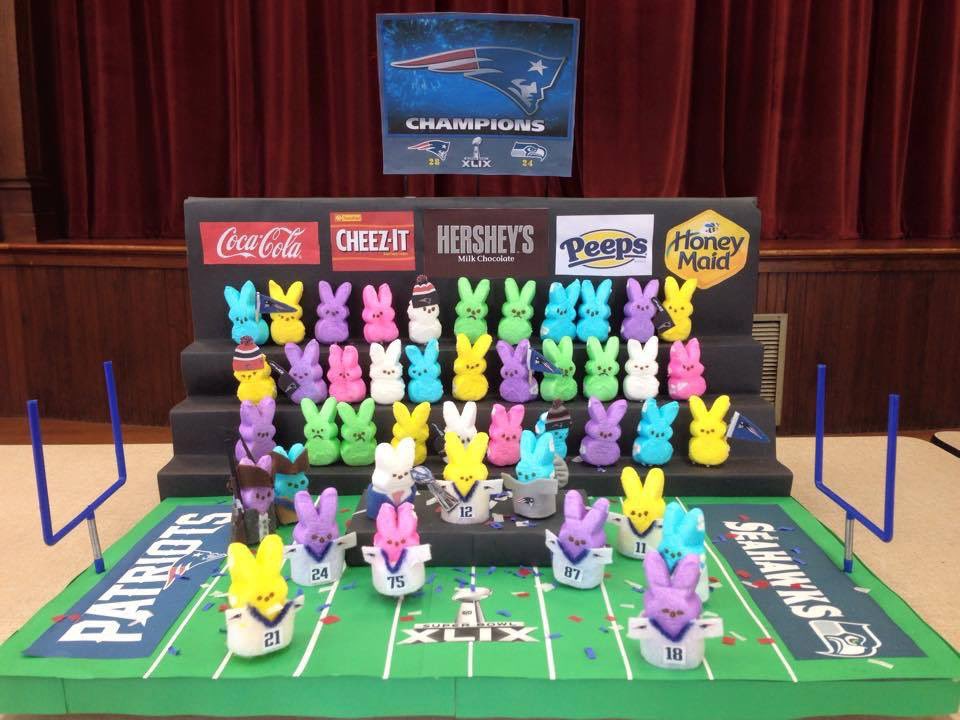 A Patriots-themed Peeps diorama, “We are all Peeptriots,” by James O’Leary.

These dioramas are a few years old, as he retired the contest in 2016 after he and his wife had a baby, but he still has a passion for Peeps, especially when the season rears its bunny ears. “Even all these years later, folks send me Peep-related things online all the time,” O’Leary says.

Use his artwork as inspiration for creating your own Peeps diorama with friends and family over Easter weekend.