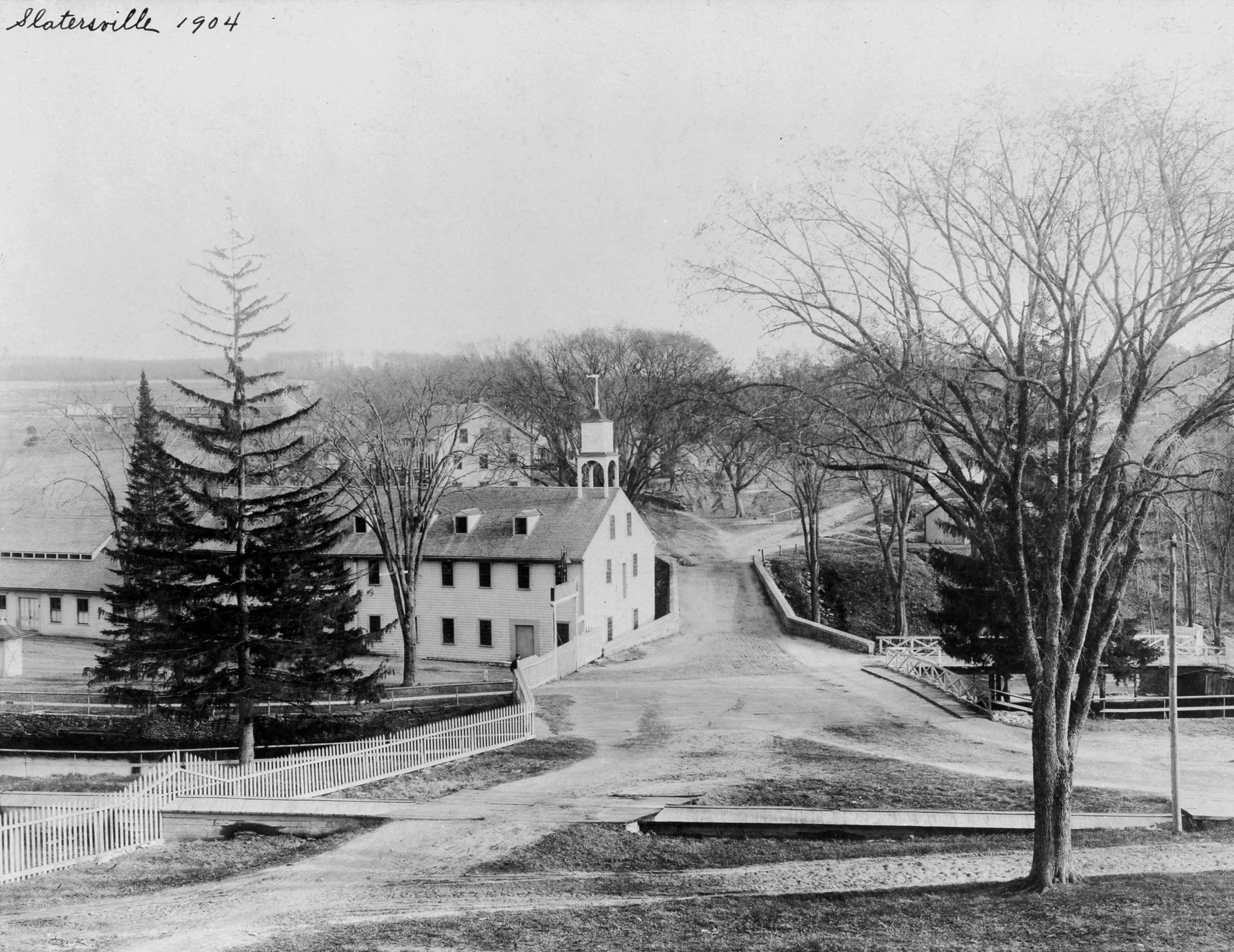 The village of Slatersville as viewed in 1904. (Courtesy of the National Park Service/Old Slater Mill)

Very few filmmakers can say they devoted ten years of their career to a single subject.

Even fewer can say that subject was the town where they grew up, but for Christian de Rezendes, a documentary filmmaker based in Rhode Island, there was no better topic to explore.

The North Smithfield native has spent the past decade filming “Slatersville: America’s First Mill Village” about the small, Blackstone Valley town that gave rise to the Rhode Island-style factory system. The two-season series premieres this Friday, September 16, at 8 p.m. on Rhode Island PBS.

“I’m a filmmaker who happens to be from here, and I happen to love it,” he says. 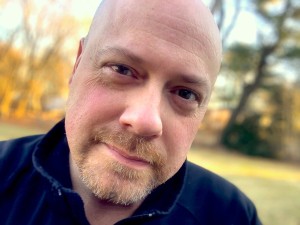 De Rezendes first got the idea to make a film about Slatersville in 2005 when the old Slatersville Mill was in danger of being demolished. At the time, the mill (founded by the same family that opened Slater Mill in Pawtucket) was in poor shape, and many residents worried the building’s history would be lost.

“It was on its last leg,” de Rezendes says. “There was a tree growing out of the fourth floor window. It was in really, really tough shape. It looked like it was going to cave in.”

The building was eventually saved, and de Rezendes’ project was interrupted by a move to New York. When he returned to the area, the building had been turned into apartments, but its history still fascinated him.

“The building had a magnetic pull to me. I’m relieved to know that as I made the film, I wasn’t the only person interested in it,” he says.

What originally started out as a feature film quickly turned into a much larger project, and is now an eleven-episode series covering almost 240 years of Rhode Island history. Season one starts with the town’s founding by John and Samuel Slater and continues until 1915, when the entire village was sold to Henry P. Kendall. Season two, expected to air some time next year, continues that history up to the present day.

Along the way, de Rezendes explored historical documents and properties and interviewed more than 140 residents about their experiences living in Slatersville. The most meaningful part, he says, was meeting the many individuals connected to the town, especially the older individuals with memories to share. Since he started the project, twenty-six of the people he interviewed have passed away, making the series a record of their voices.

“I would never have gotten to know so many wonderful people in my town, their loved ones, historians, people overseas, and the hundreds of people who are connected to this project,” he says. “That to me has been the tremendous privilege of a lifetime.”

Along with Slatersville, the series explores other places and topics connected to the Slater family, including Clouds Hill in Warwick and the Slater Fund for the Education of Freedmen that helped educate African Americans in the years following the Civil War.

“To me, it’s the story of America through the prism of Slatersville,” de Rezendes says.

In addition to the television premiere, the first episode will be available to stream on ripbs.org starting immediately after the broadcast. Episodes will air on Fridays through October 14. (Rhode Island PBS is channel eight for both Cox and Verizon customers.)