The local home cook and star of "U Had Me at Kitchen," will be a special virtual guest on Saturday's episode of the show. 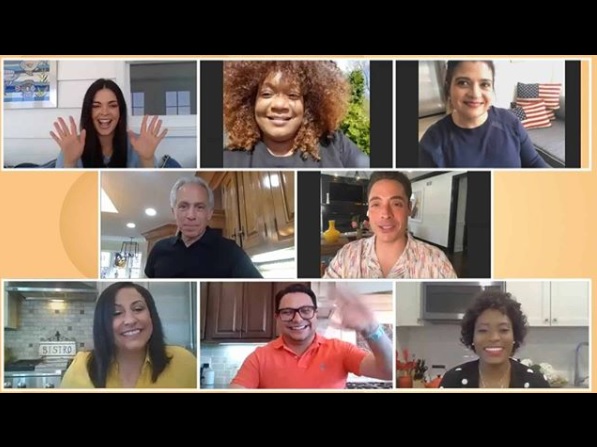 A Johnston resident is about to reach a national audience on the Food Network show “The Kitchen” this Saturday at 11 a.m. It’s a special quarantine episode where fellow fans of the show will call in to ask the co-hosts about cooking for their families.

We first interviewed Alexia DiGiglio-Mancini this fall for an article for the Dish on “Bringing Back Sunday Dinner,” and since then, she’s increased her social media presence on Facebook at  facebook.com/uhadmeatkitchen as well as on her Instagram at @Uhadmeatkitchen and on YouTube. She received a message on Instagram from BSTV Entertainment, the producers of the show “The Kitchen” on the Food Network (they had sent the message seven days before and she later found it in her spam folder; now there’s a reminder to always check your spam folder).

“I died because I thought I missed the opportunity,” she says. “I responded and they immediately got back to me asking me if they could use one of my recipe suggestions on their viewers and super fan foodie show. I said yes!”

The next thing she knew, she and the Food Network producers were sending emails back and forth. They asked her to send a thirty-second video clip of herself, explaining what she does and why she loves the show, “The Kitchen.” Then she was chosen to appear on the show, which was recently recorded on Zoom.

“I am so thrilled about the doors this could open for me,” DiGiglio-Mancini says, adding that she sent this Rhode Island Monthly article to the producers because she liked the description of how we described her as “Rachael Ray meets the Sopranos.”

Read all about Alexia here, and tune into the Food Network on Saturday at 11 a.m. to see her on the show.

“U Had Me at Kitchen” Brings Back Sunday Dinner

Tags: Alexia DiGiglio-Mancini, Food Network, The Kitchen, U Had Me at Kitchen