Don’t have a dog in the fight for Superbowl LVI? Tune in to the Puppy Bowl instead and root for this little guy from the Vintage Pet Rescue in Foster. 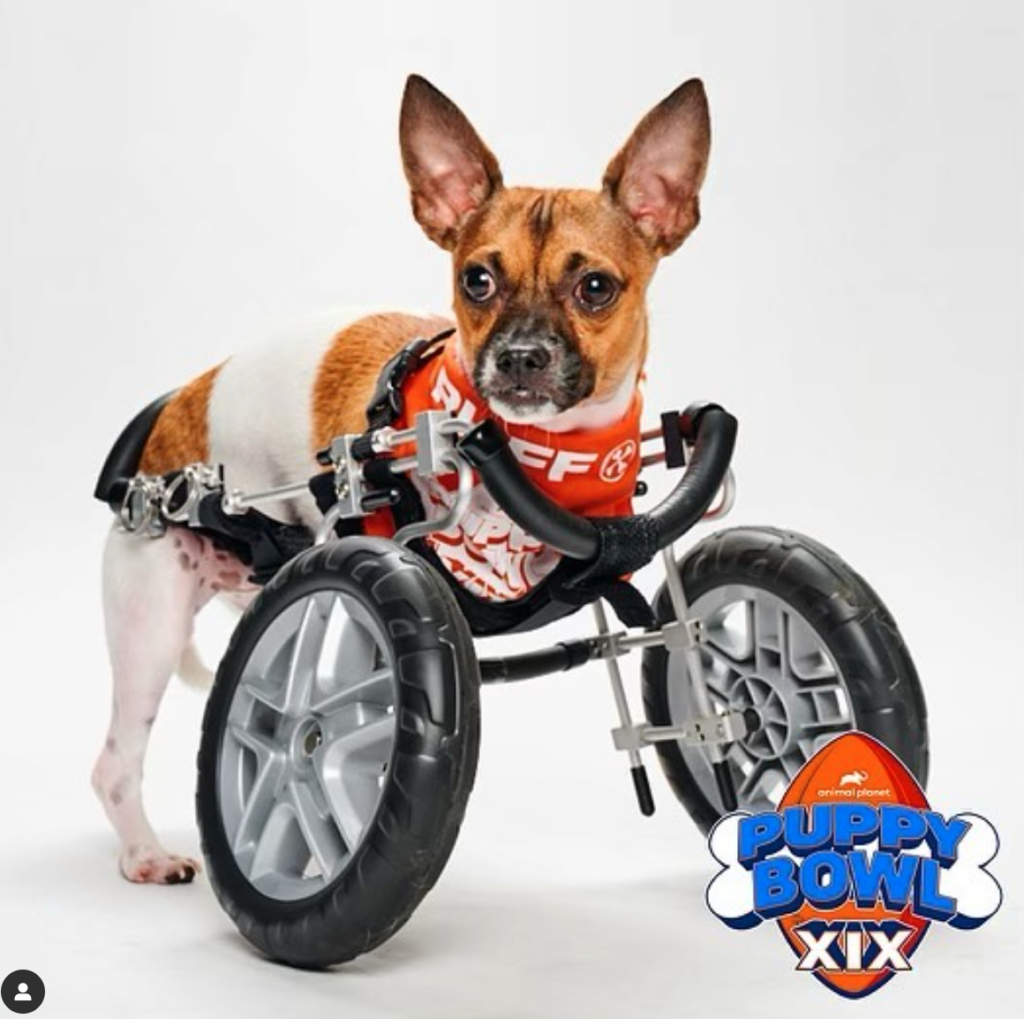 Every year, on the second Sunday of February, countless households across the United States turn on their televisions for the game of the year: the Puppy Bowl. (And then, if they’re still in the competitive spirit, they might change the channel later on and catch a little thing called the Superbowl). This year, however, Rhode Islanders have even more reason to tune in to one of Animal Planet’s most popular primetime events: they can cheer on the Foster-based Vintage Pet Rescue’s very own Joey the rat terrier as he competes for team Ruff. Read on below to learn more about Joey and his appearance from the rescue’s Operations Manager, Alex Petrarca, ahead of his television debut. 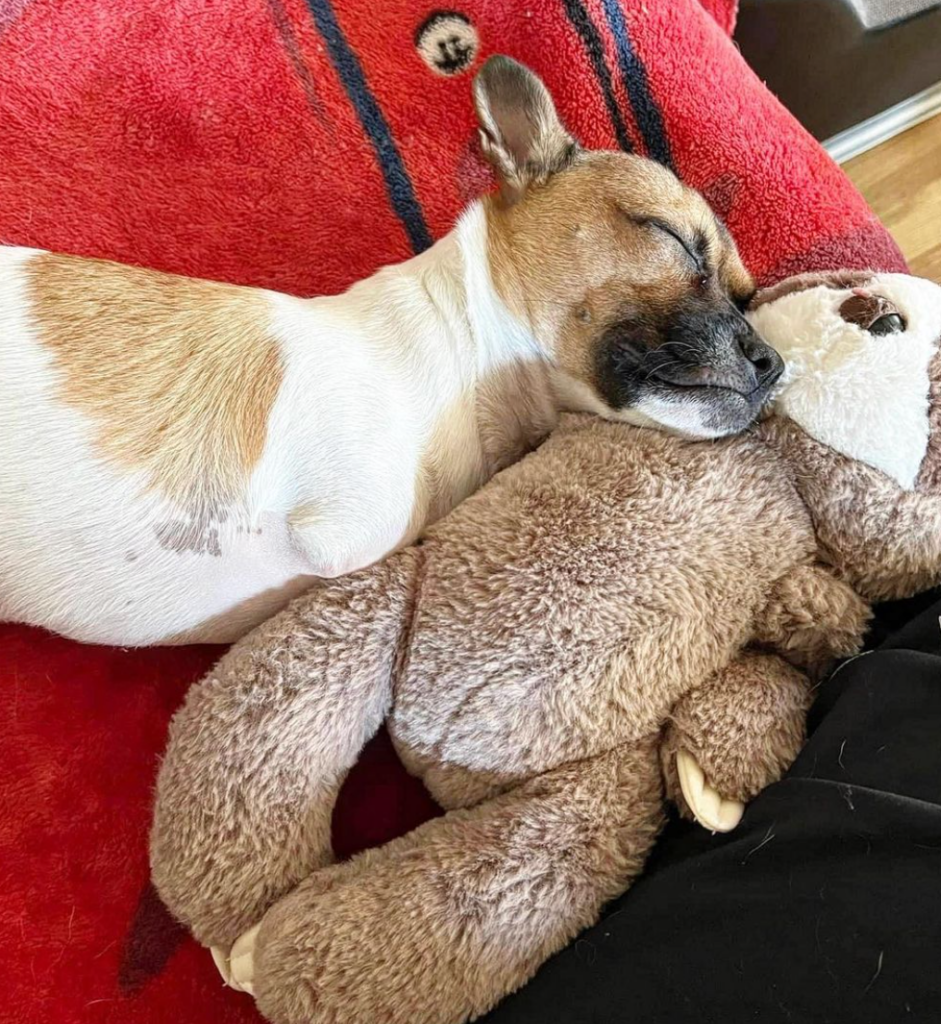 Tell us more about Joey!
Joey is a rat terrier that was born on Christmas day in 2021, so he just turned one! He is a super playful, happy little guy who truly doesn’t let his lack of limbs stop him from doing anything. Last year, we were able to get him custom-fitted for a wheelchair so he can run around with other dogs, but he definitely doesn’t need the wheelchair to have fun or play. He is also a cuddler and formed some cute friendships with a couple other dogs while he was with us at the rescue, and now he cuddles with his new siblings at home!

So now Joey has found his fur-ever home?
Joey was adopted this past summer by an amazing family with experience caring for special needs dogs. He has a few new dog siblings that he plays with all day (one of whom is missing a leg as well)! You can follow Joey on Instagram at @theadventuresofjoeyandfriends.

How did Joey end up with Vintage Pet Rescue in the first place?
Joey was part of a litter that was from a family in Connecticut. His siblings found homes, but the owners didn’t know what to do with Joey due to his special needs. They reached out to the Connecticut Humane Society, who referred them to us. We are primarily a senior dog rescue, but we do make a few exceptions a year for younger dogs who are either paralyzed or missing limbs, etc. 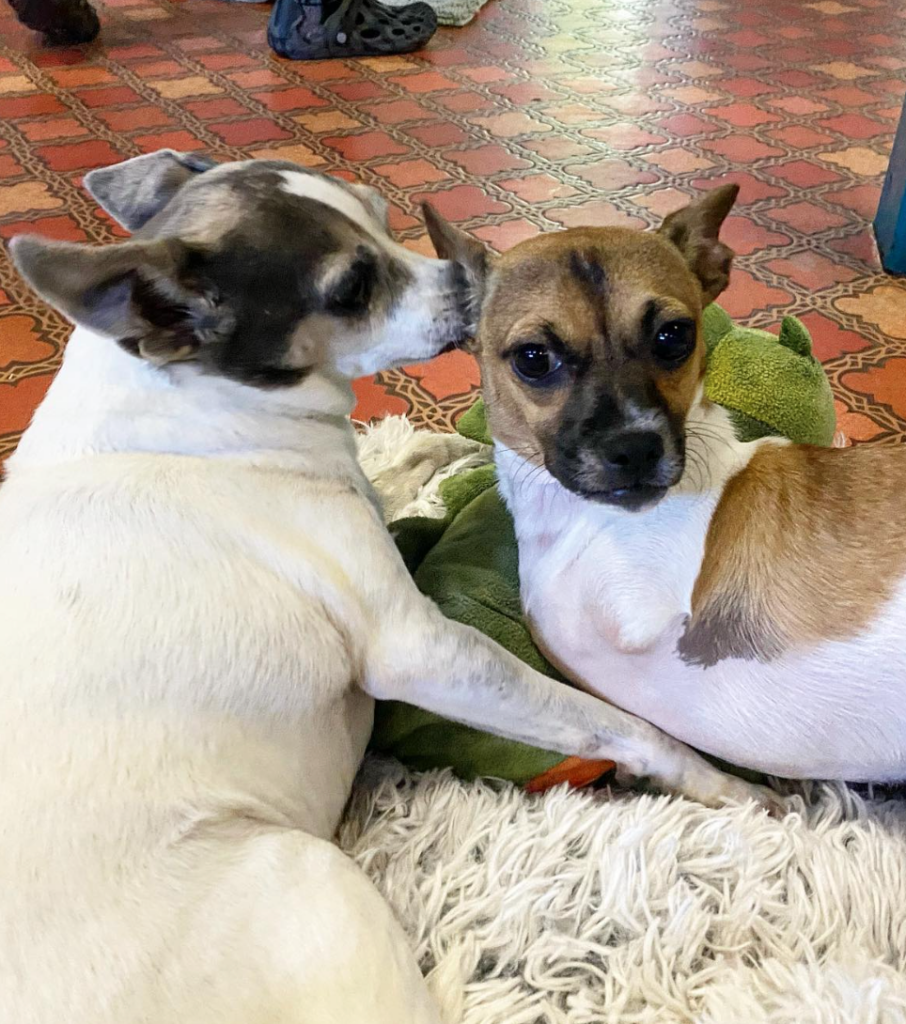 Tell us more about Joey’s upcoming Puppy Bowl appearance. What can we expect to see and what was the experience like?

Joey will be featured as a player on one of the teams in the Puppy Bowl! If you haven’t seen the Puppy Bowl before, it’s basically two teams of dogs (differentiated by colored bandanas) on a little indoor field and they just let loose and play with toys! There is a referee who will pop in when one of the dogs scores a touchdown (brings a toy into the end zone) or must penalize a player or team for being too rough. Different dogs are rotated throughout the “game,” so many different dogs can be featured.

Our founder, Kristen Peralta, went with Joey’s family to film the pre-recorded game and said it was an incredible experience being able to connect with so many different rescues from all over the country! And who wouldn’t love being in a room with fifty puppies for a day?! 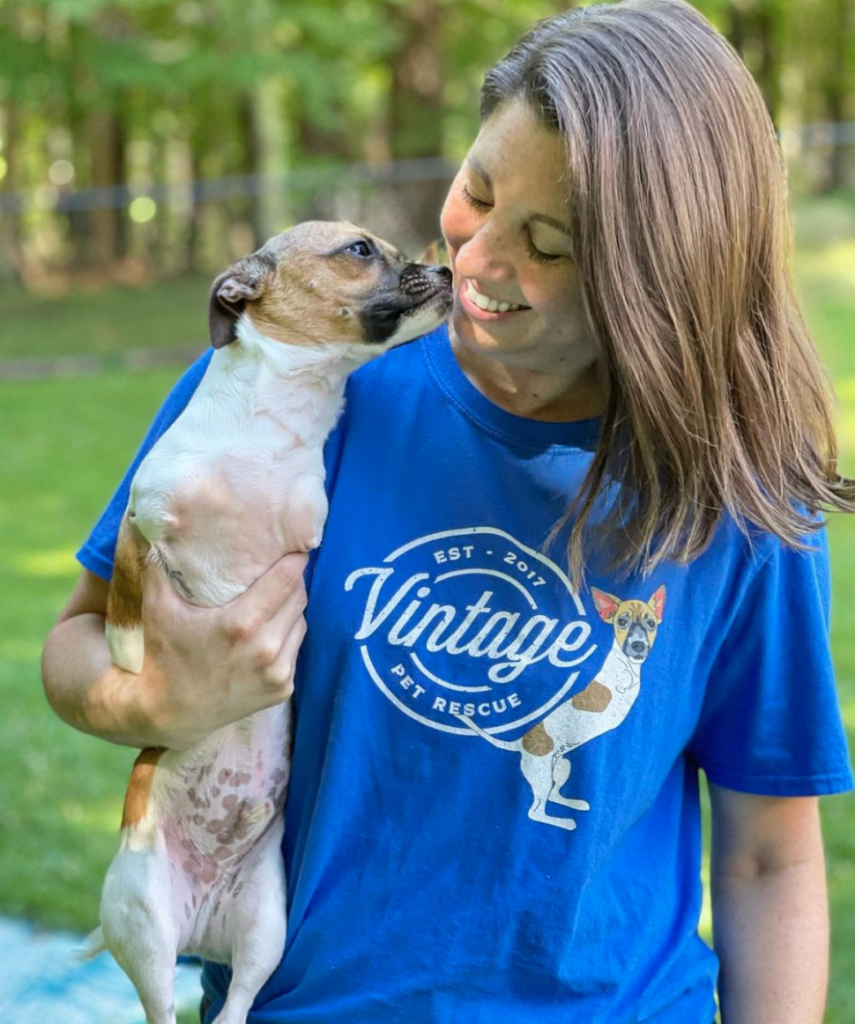 Is there anything else you’d like to share?
I would just like to note that while Joey has already been adopted, some of the other dogs being featured in the Puppy Bowl will still need homes! If any readers are interested in adopting but are overwhelmed by the thought of having such a young, athletic and famous football player in their homes, please consider adopting a senior dog! We are primarily a senior dog rescue and know first-hand how much love they have to give (they have also been heavily endorsed by Joey himself). You can learn more about our rescue here: vintagepetrescue.org.

You can catch Joey and his fellow pup players in Puppy Bowl XIX by tuning into Animal Planet on Sunday, February 12 at 2 p.m. EST. Learn more here: discovery.com/shows/puppy-bowl.