He’s a man of color from the Hartford Park projects serving in a department that often struggles to reflect the community it serves (though its 2017 academy class was its most diverse ever).

Outside of work, Roberson is heavily involved in the community, founding three initiatives that serve local youth, volunteering with Sojourner House and teaching driver’s education at Roger Williams University. Last year, he was honored with a Jefferson Award for community service from NBC 10 and was one of three Providence Police officers to receive the United States Attorney General’s Award for Distinguished Service in Policing. He also earned a spot in the Reverend Dr. Martin Luther King Jr. Hall of Fame for the city
of Providence. 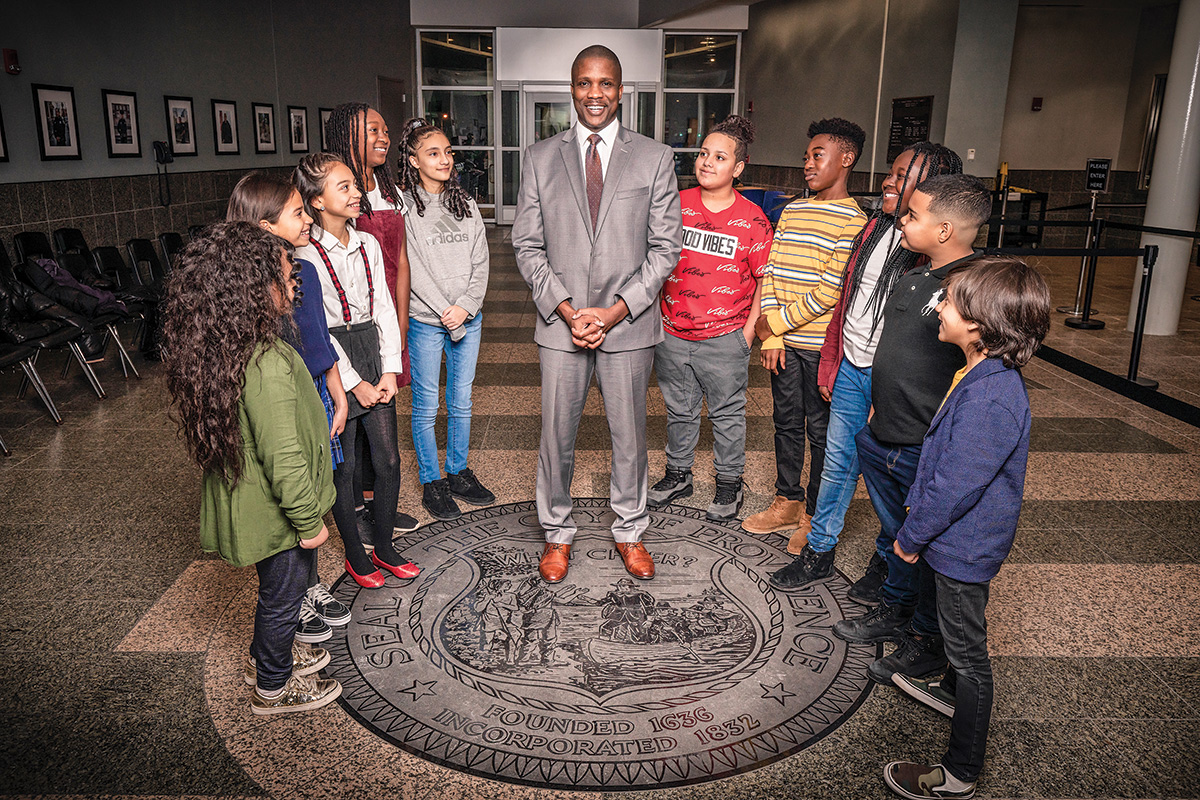 Roberson also boasts an academic pedigree unusual in a career that, he notes, only requires a high school diploma. He holds master’s degrees in both criminal justice and education. As if that weren’t enough, Roberson recently earned a distinction that is unique in the 155-plus-year history of the Providence Police Department: the first officer to hold an Ed.D. (doctorate in education) from Liberty University.

A doctorate is no small aspiration in any field, but for Roberson, it meant five years of policing and studying almost unbroken by anything else. Four to five days a week he worked the day shift in the juvenile division, then hit the books until midnight.

Liberty’s program blends distance and residential learning, which required him to spend weeks at a time in Virginia. All of his vacation time was used there (where he also earned his master’s in education). “I haven’t taken a vacation since 2011,” he says.

The question is: Why do it?

“To become a better public servant,” he says. “Being in law enforcement requires split-second decisions involving life or death, so at the very least, I should be educated. An educated officer is a better officer.”

While the letters “Ed.D.” after his name don’t necessarily open doors to career advancement in law enforcement (though he’d consider teaching in higher education), he sees the achievement as its own end. For a kid from Providence public schools to return with a doctorate is a powerful inspiration.

“I’m in the schools on a regular basis. I hope when I interact with these young people, they see reflections of themselves in me,” he says.

“My greater mission is to pass it along, to empower others. I can perhaps open the door for others to follow suit.”