Inside a Bright, Spacious and Eco-Conscious Farmhouse in Middletown

A Rhody native moves back from the Big Easy and builds his eco-friendly forever home. 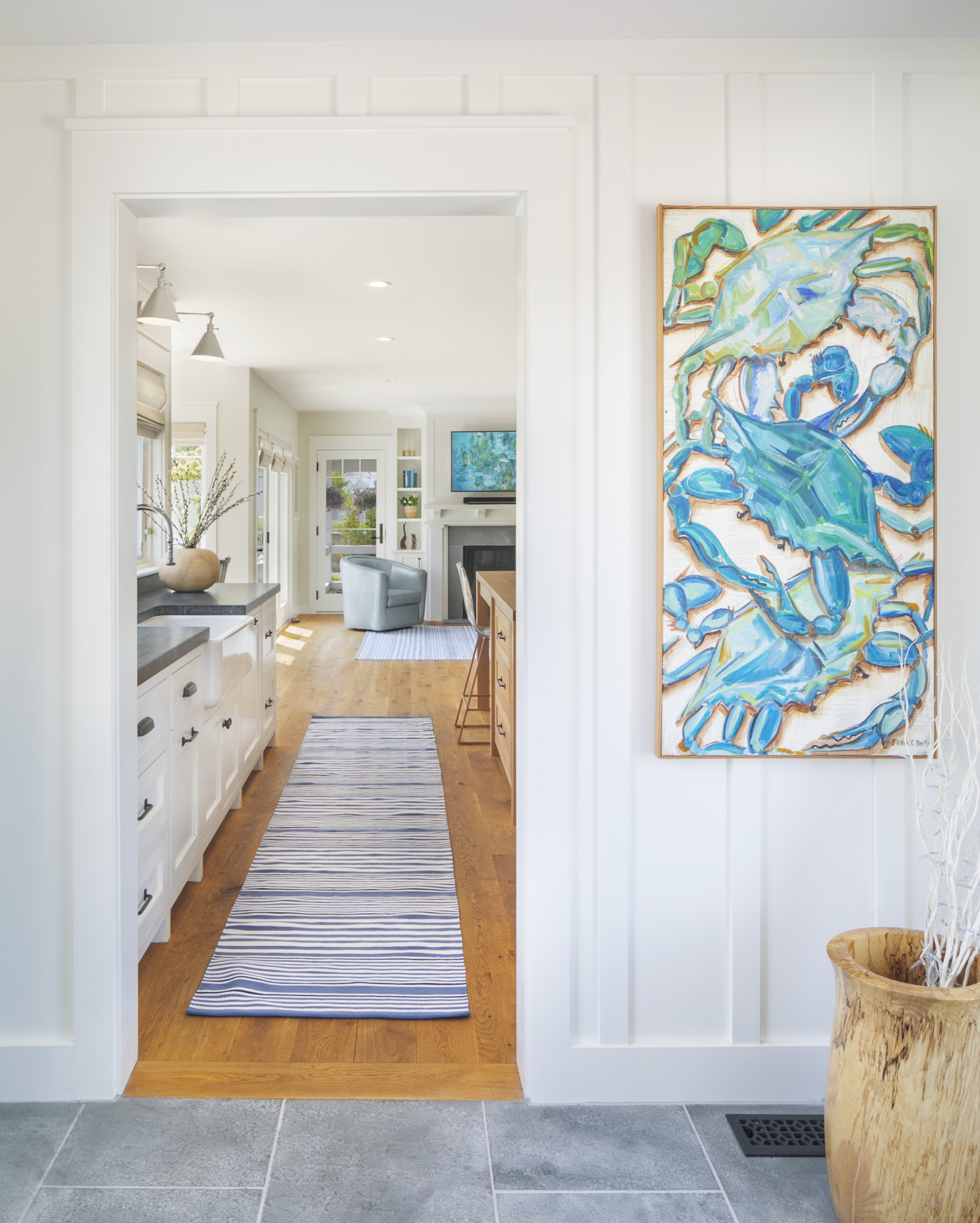 Random childhood memories can forge lives decades later. That was the case with Stephen Sullivan, who grew up in Newport. “I had grand ideas I belonged at Harvard when I was getting kicked out of Rogers High School,” he deadpans. Instead, he landed at Tulane University in New Orleans, where he graduated with a degree in anthropology. “It qualified me to be a waiter,” he adds. The restaurant world’s loss was the legal world’s gain, when he wound up in law school and went on to a health care practice in Louisiana for more than thirty years. Sullivan always knew he’d come back to live in Rhody, however. He also had a longstanding ambition to build an energy-efficient house where he could welcome kids and grandkids. He undertook both, just before the pandemic put life on pause, when he discovered a perfect spot to create his dream home near a berry orchard in Middletown. The design would draw inspiration from surrounding farmhouses. “I loved the neighborhood,” he says. 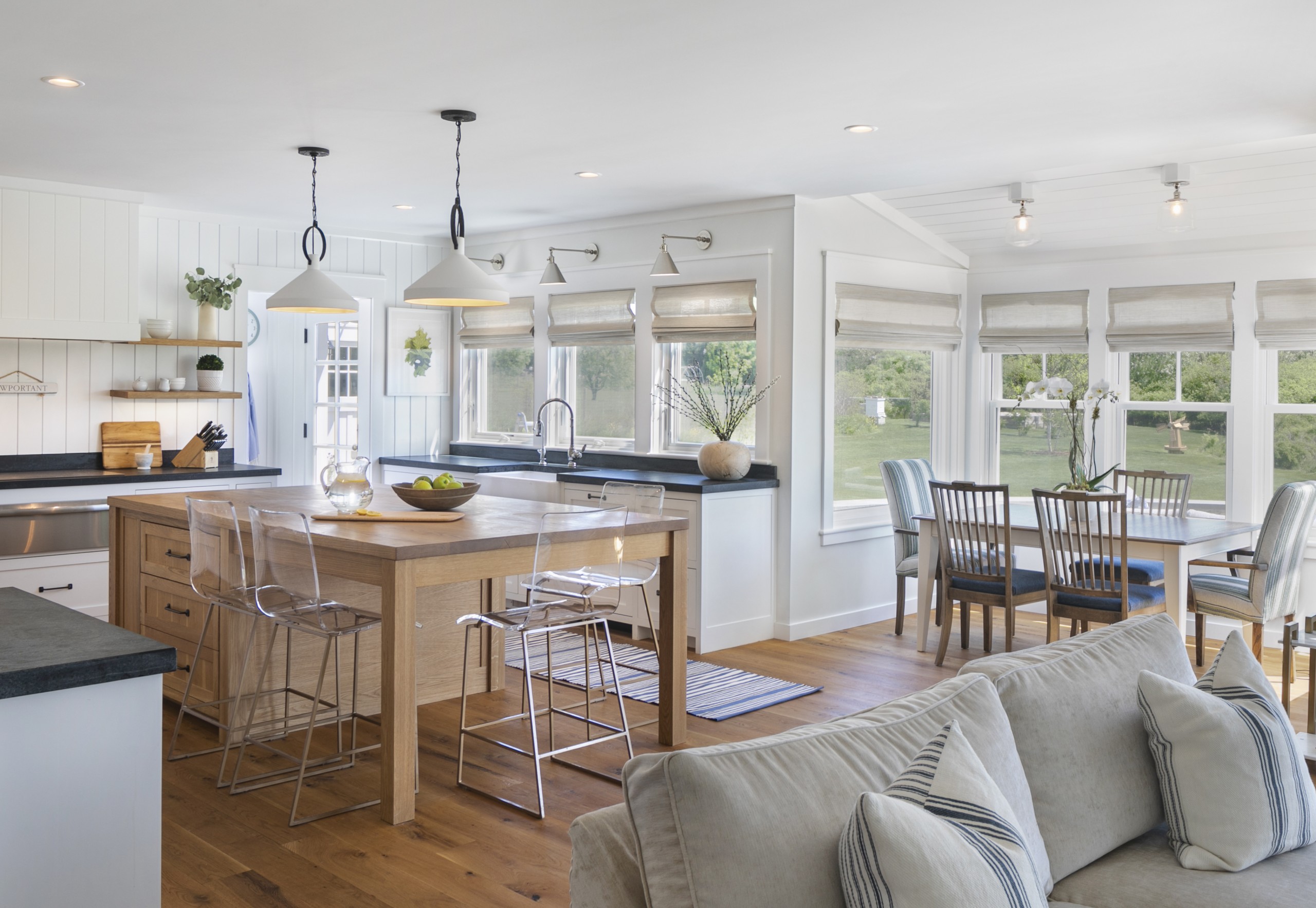 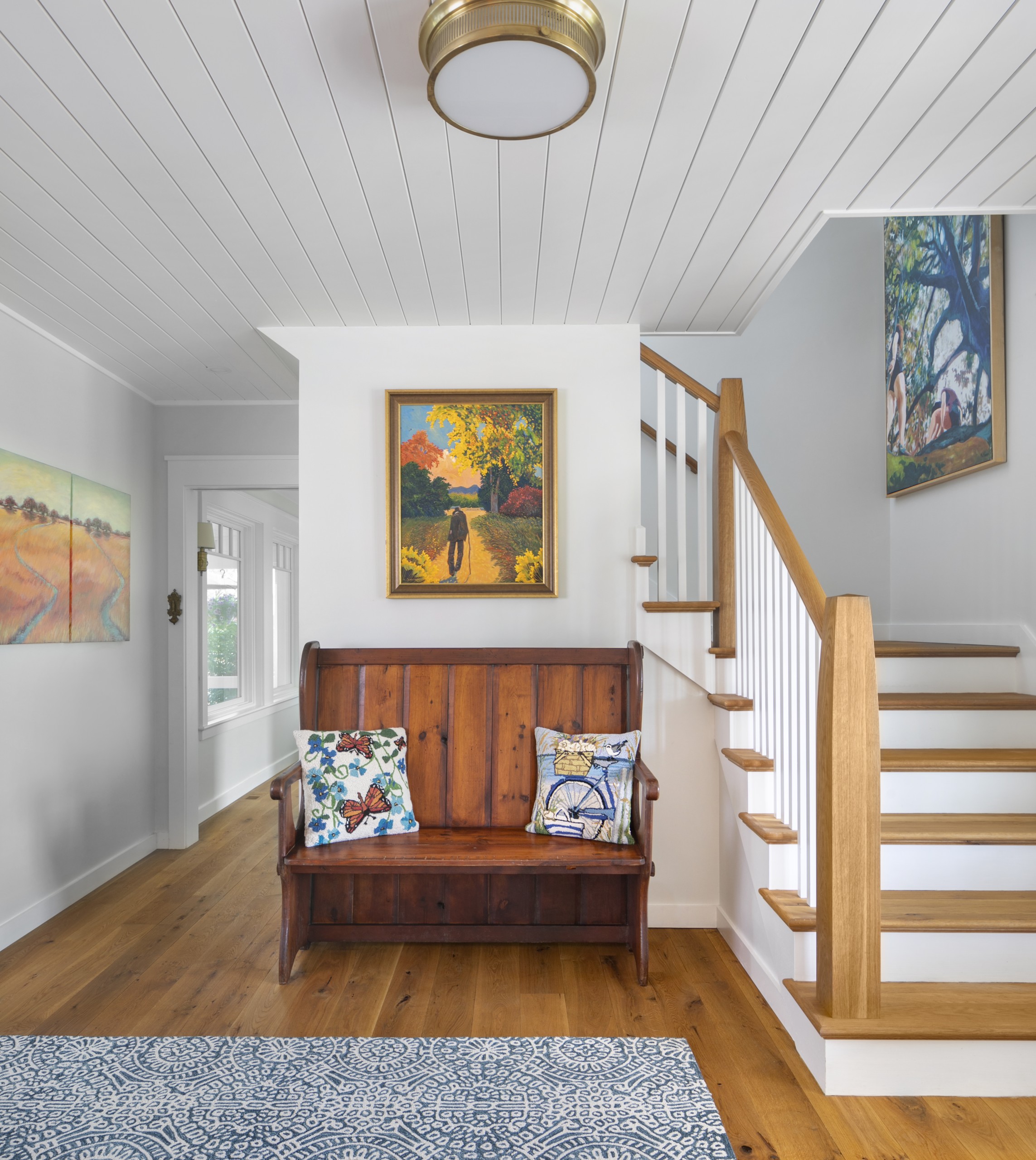 Because Sullivan was shifting to a more relaxed lifestyle and anticipated living on a fixed income, he wanted a house that was both beautiful and private, with lower monthly expenses. Ron DiMauro of DiMauro Architects designed a ground floor, full-time living space with a kitchen, family room and covered porch that connects to a master bedroom suite. There’s also a shingled mudroom leading to a two-car garage. A second-floor space with two bedrooms doesn’t need heat when guests aren’t visiting, and the 2,400-square-foot house faces east with windows that let in lots of light and allow passive heat. Because Sullivan loves to cook (“I’ve sheet-panned my way through the pandemic,” he jokes), the kitchen, in Benjamin Moore’s Simply White, is kitted out with an induction stove for super efficiency. White, V-groove wood walls, soapstone counters and reclaimed-looking white oak floors underscore a relaxed, modern vibe. 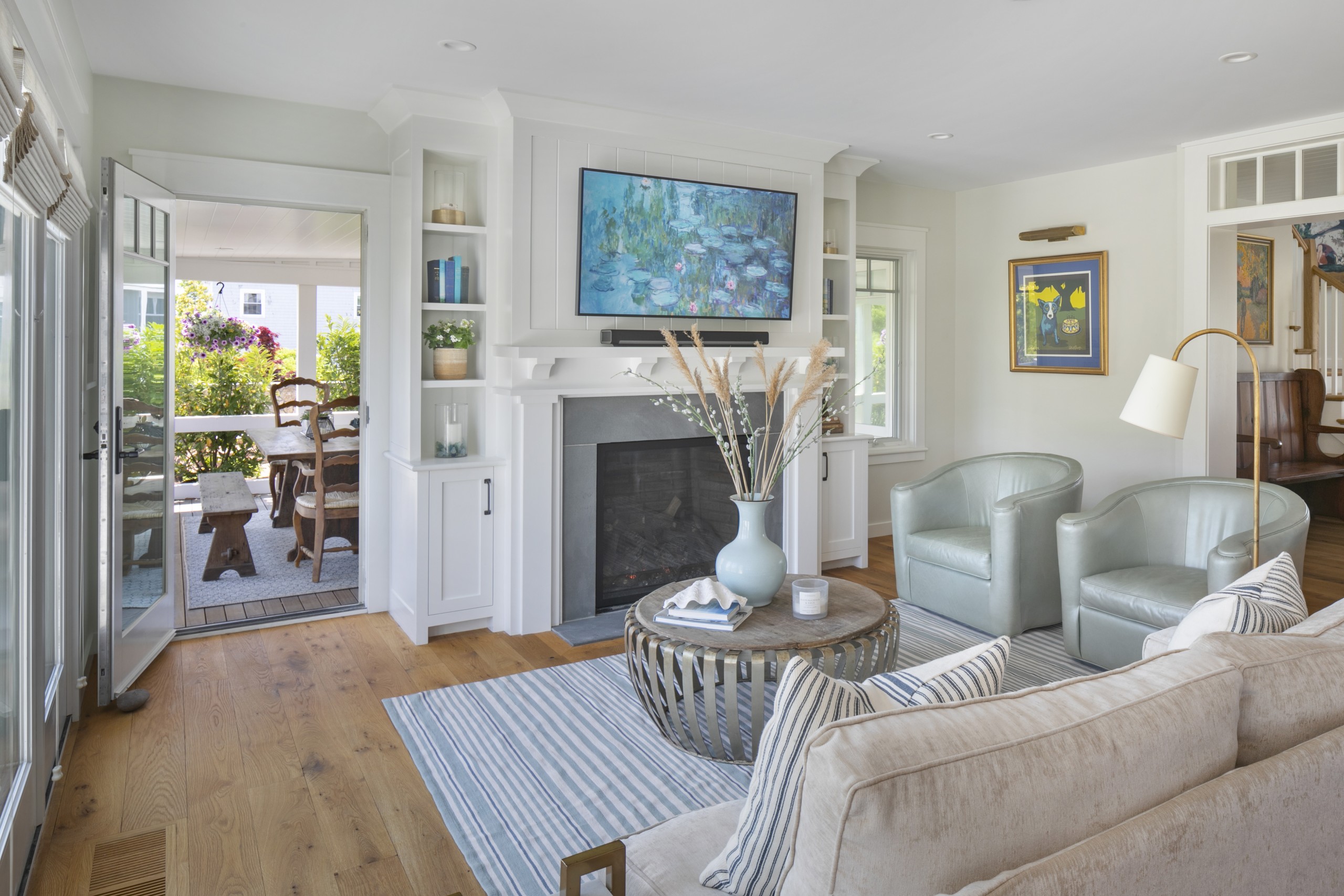 The coffee table in the living room was a find at a Marshalls home sale down South. Photograph by Anthony Crisafulli.

“Our vision was to make the house feel like it grew over time the way all farmhouses do,” DiMauro says. “The end result is harmonious buildings strung gently together with shingled wings.” 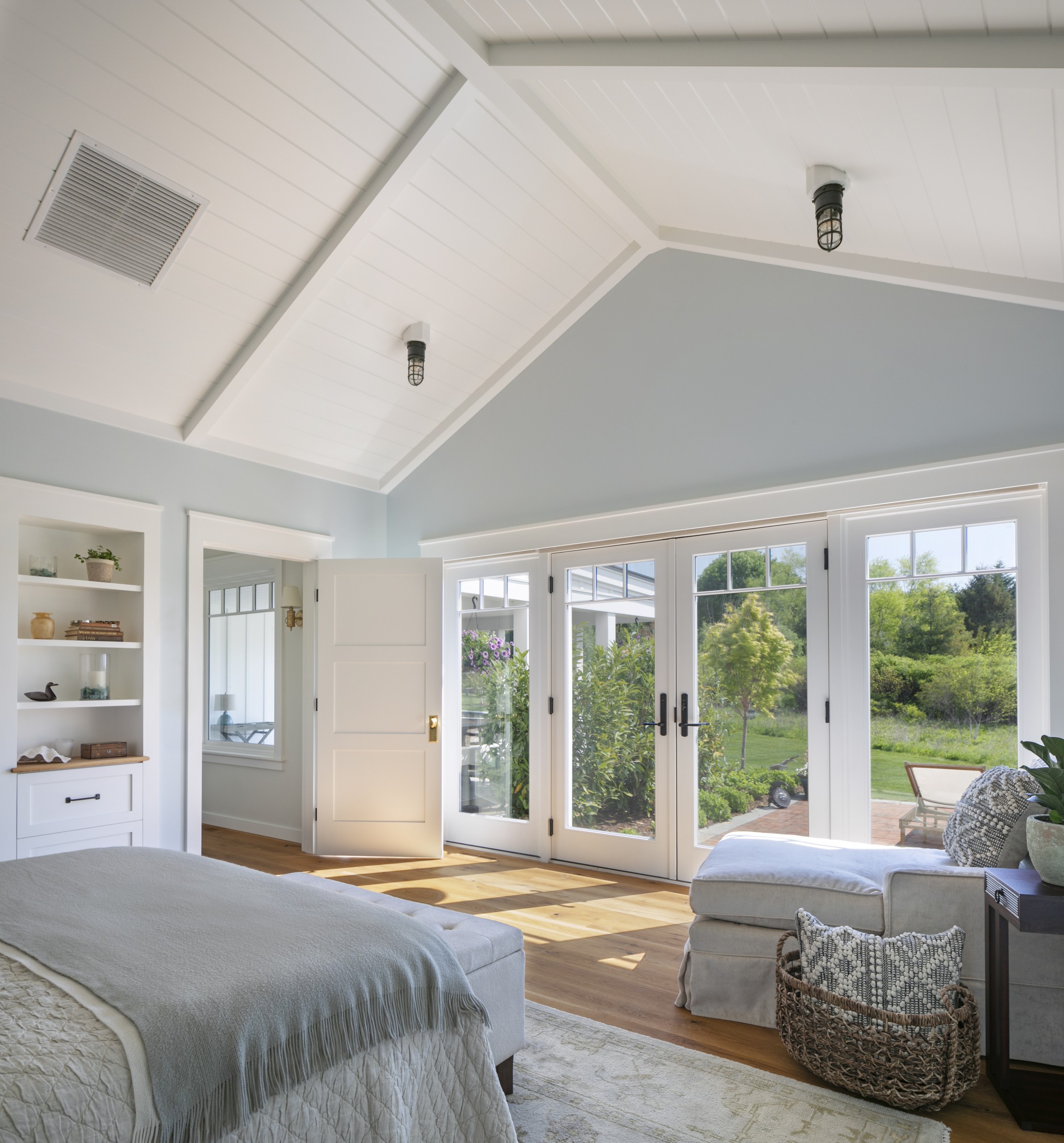 The master suite has a private patio. Photograph by Anthony Crisafulli.

An eco-conscious design was equally important. Sullivan wanted a home that could be off the grid. Case in point: a geothermal heating system that cools in the summer and heats in the winter, along with spray foam in the walls and ceiling to minimize energy loss. 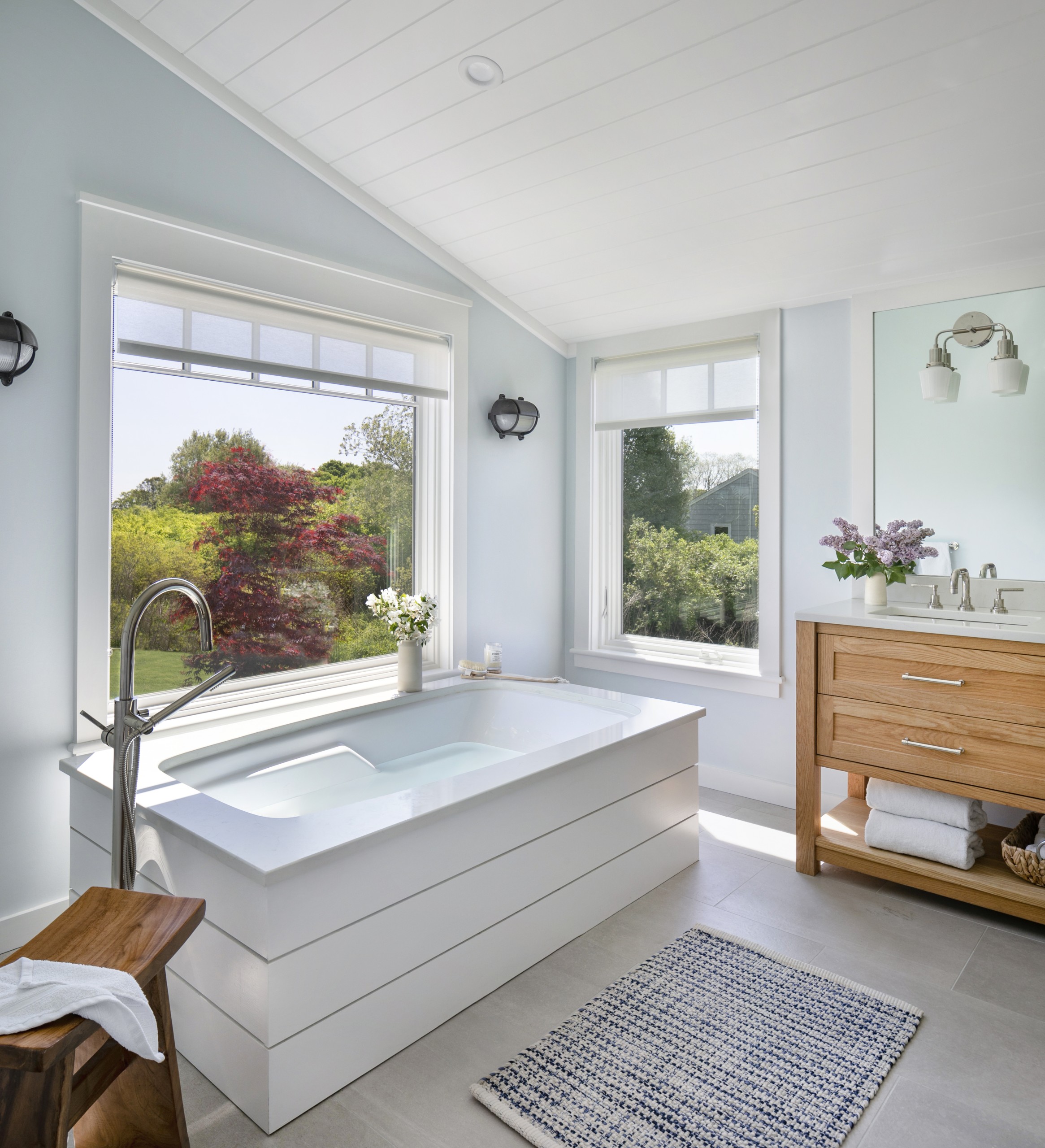 There are also solar panels on the gray metal roof that fuel the lights as well as the heating system, and they also charge his electric car in the garage. (One recent winter, Sullivan’s bill for the month was $23, and that paid for the house’s electricity, heat and running his car.) DiMauro estimates the system generates enough solar power to cover about 95 percent of the building’s energy consumption. 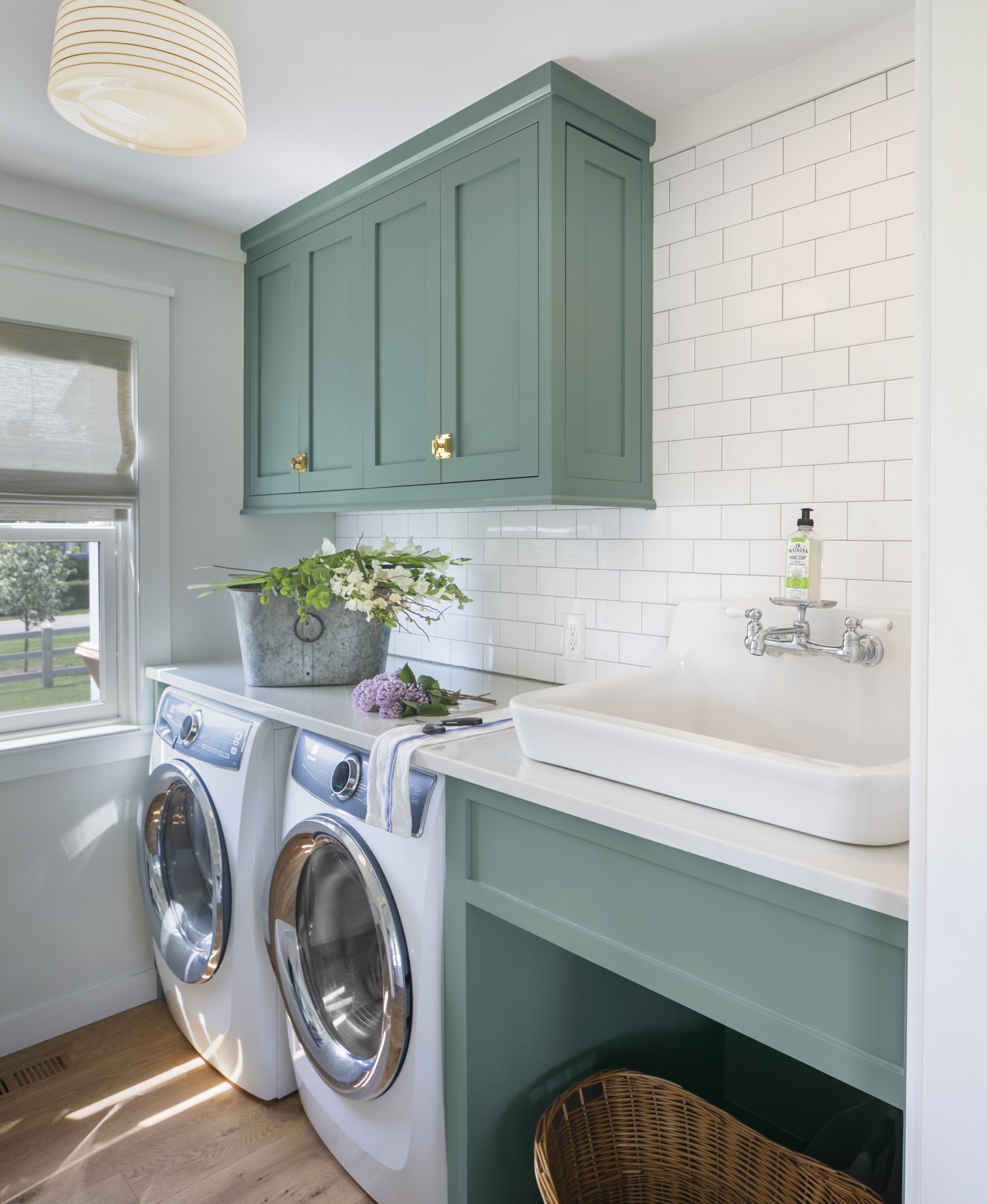 The laundry room cabinets are custom made by Anthony Pastore. Pastore Builders made all the cabinetry, including the vanities. Project architect was John Tumino. Photograph by Anthony Crisafulli.

“It’s been a dream of mine to have a home with a solar roof capable of using sunlight to charge my car,” Sullivan says. “I know it’s not magic, but it sure feels like it. Photosynthesis by plants is more amazing, but a contemporary farmhouse that produces HVAC using water from geothermal wells and the sun to run the car makes me very comfortable now about an even more amazing future.” 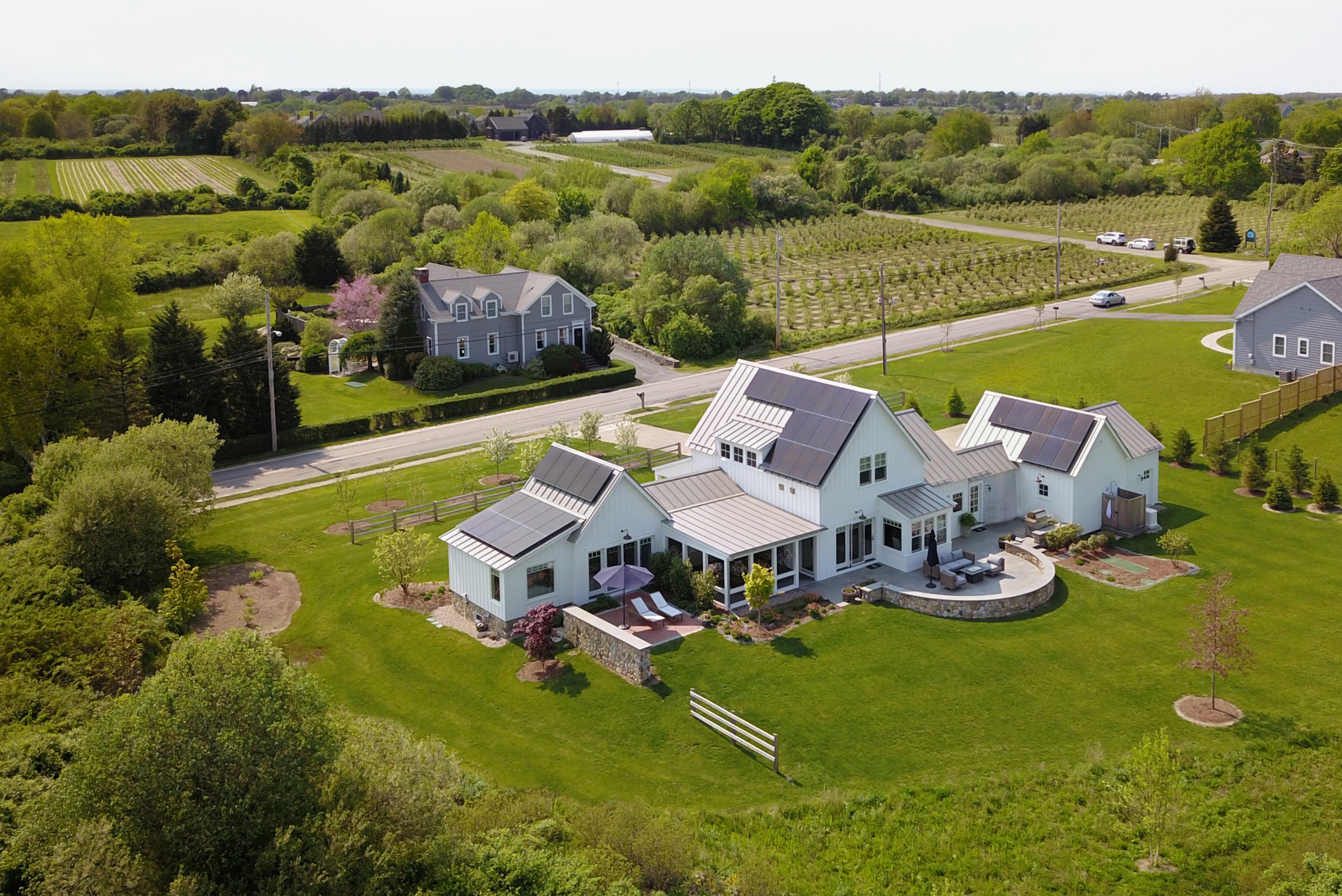