Renegade reporter, musician (and vegan) Bill Bartholomew launched his podcast, Bartholomewtown — btown for short — more than two years ago out of a longtime passion for politics. Since then, he’s used the independent platform to show a different side to stories. When a social justice rally organizes in Providence or there’s a press conference with the Governor, he’s usually on scene, broadcasting live on Facebook or Instagram to recap what’s happening. Recently, he joined “Rhode Island PBS Weekly” as a contributing reporter on the newsmagazine show that airs Wednesdays at 7 p.m. 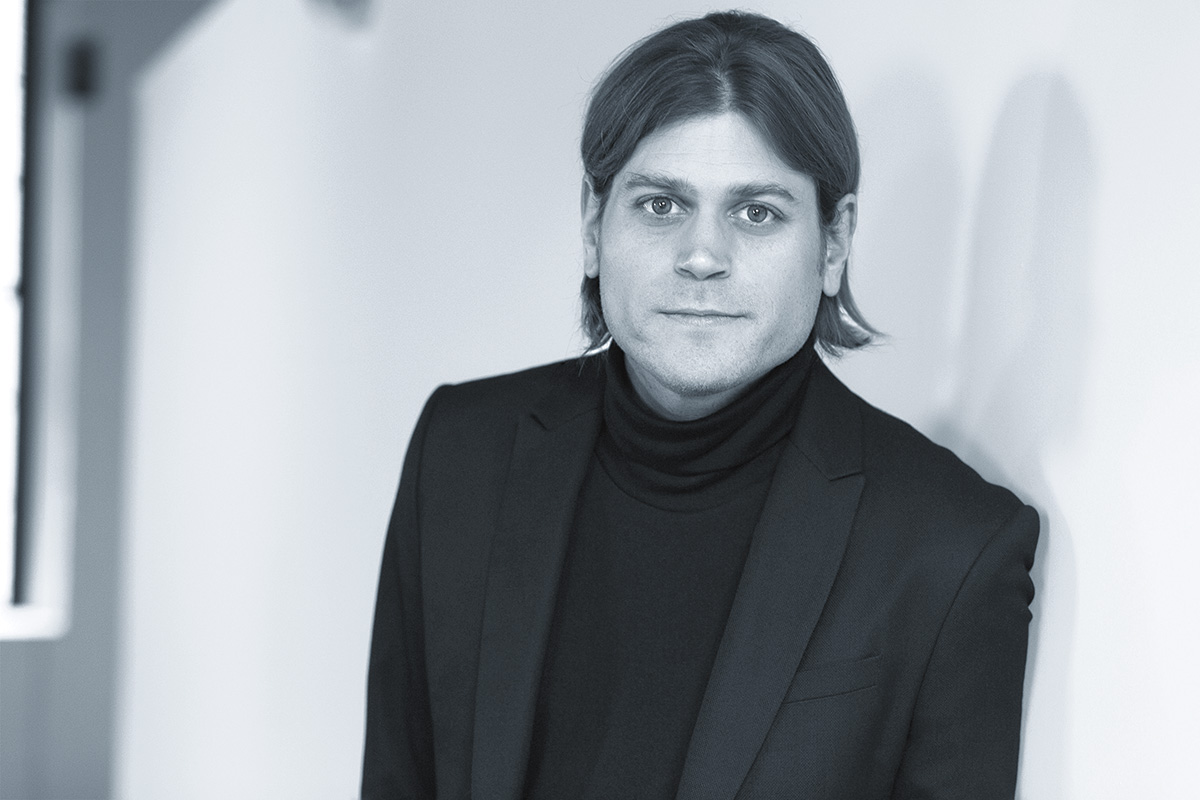 Bartholomew has been interested in politics since he was a kid growing up in Charlestown, following national reporters like Tim Russert of “Meet the Press” and, locally, the late Jim Taricani of WJAR Channel 10. “I was a media junkie growing up,” he says. “I was drawn to Jim Taricani starting in the ’90s. I also loved radio, local and New York radio stations, even as a ten-year-old kid.”

He studied political science at the University of Rhode Island and took some journalism courses, but wanted to pursue music as a career. Off to Brooklyn he went after graduation to play in a band and perform as a solo artist.

“I started to immerse myself in these international scenes, where I would be performing at open mics, meeting people from all over the world and sharing different political viewpoints,” Bartholomew says. “People started to understand that a full spectrum isn’t really presented in conventional reporting. It’s often boiled down to left or right. By the time I was in New York, I started to think about things in that independent context.”

Bartholomew returned to live in Newport in 2016 and continued to listen to local talk radio obsessively, phoning in to be devil’s advocate on WPRO multiple times a day as caller “William in Newport.” “I thought it was amazing that people cared enough about Rhode Island politics that this station could exist from 5 a.m. to 9 p.m.,” he says. “It leans farther right than a balanced station would, but I love calling up and pushing back, or sometimes agreeing with the host. That was when I realized there’s room for an independent talker and that’s what inspired me to launch the podcast.”

Bartholomewtown releases twenty- to twenty-five-minute episodes frequently, with interviews with of-the-moment newsmakers and local media celebrities. “My thought is it’s a Rhode Island car ride,” he says. “My episodes are the same length.” His persistence calling into WPRO also paid off. In 2019, when he was performing an unofficial show with his band Silverteeth at Newport Folk Festival, he answered a call asking him to fill in for talk radio host Dan Yorke on the station. “Just to be offered that opportunity means that I haven’t been wasting my time,” he says. “I wasn’t getting paid for btown. I realized in that moment that this is worth pursuing.”

Pre-COVID-19, he scored some podcast sponsorships, and he’s working on pursuing more for 2021, though he says he’s not a dedicated salesperson. Rhode Island PBS and radio fill-ins for hosts Yorke, Tara Granahan and Matt Allen provide some income. Btown listeners also will occasionally send him money on Venmo while he’s covering the news, but he’s used to following his passion without much payment. It brings him back to that band mentality when he scraped by squatting in Brooklyn and picking up odd jobs like delivering newspapers and reffing soccer games just to pay the bills. “Ten years as a musician in New York will teach you a lot,” he says. “I’ve always had that mountain of side hustles.” ripodcast.com