House Lust: A Red Three-Quarter Colonial in Charming Wickford Village is on the Market

Built in 1774, the Gideon Carr House is one of the oldest homes in the waterside village. 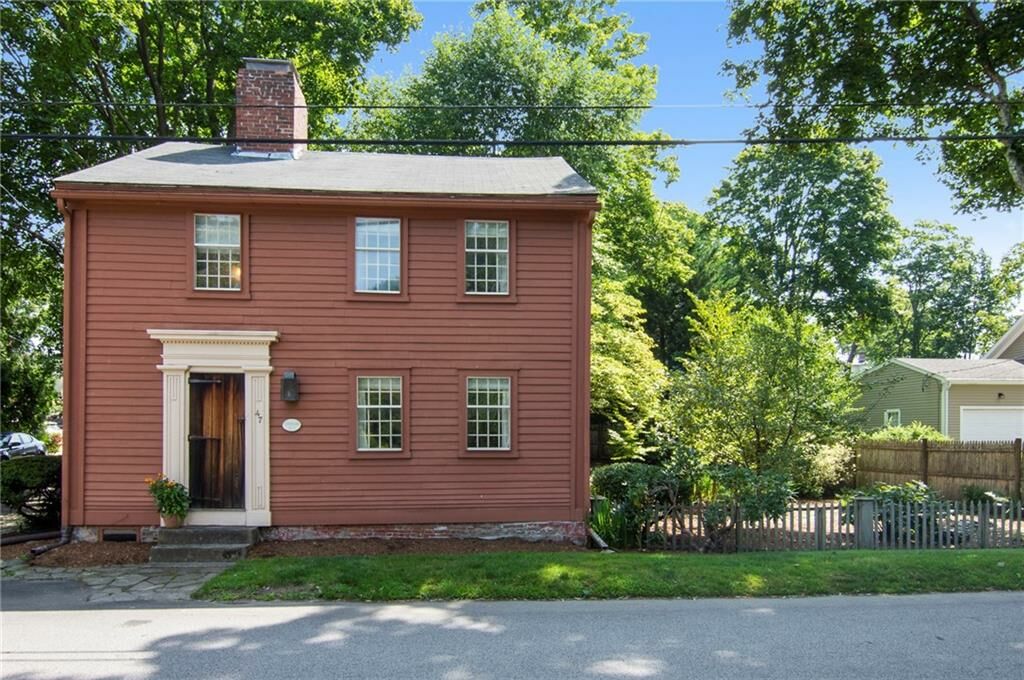 “You have to see the light go on in people’s eyes” when they visit for the first time, she says, instead of dollar signs.

Moore would know; she owns an antique house in Wickford Village. So when she first listed this little beauty, within walking distance to the village’s shops and restaurants, she knew she’d have to find the right mix of optimist and preservationist.

“It’s a charming home, but it needs updating,” she says of the 1774 three-quarter Colonial. Completed two years before the signing of the Declaration of Independence, the house was built for Gideon Carr, an assumed Loyalist, then sold to Thomas Bissell Jr., a bonafide Loyalist who commanded the British-commissioned militia in North Kingstown. Both men, before long, vanished from local records, per town historian G.T. Cranston.

Its past was complicated, and so is its present. Moore doesn’t sugarcoat it: The house has a cesspool, which must be removed within a year of closing per state law. It resides in the Wickford Historic District — which is responsible for keeping Wickford quaint — so exterior updates require approval. (The interior can be updated without going before the Historic District Commission.) And, sited in a coastal enclave, the property is also subject to flood insurance. The icing on the cake? A wall is bowed. (A caveat, Moore adds: It’s been that way since the 1970s, when she first encountered the house, and subsequent owners haven’t felt the urgency to fix it. Interested buyers would need to do their own due diligence.)

“People coming into these houses have to love them, or else they go somewhere else,” Moore says. And there’s a lot to love, to be sure: wide plank floors, four fireplaces, exposed beams. “It’s got to be the right person, there’s no question, who wants to live with the benefits and the burdens of it.”

With any historic house, Moore adds, “You just keep it on for the next generation.”

This home has been cared for by the same family for three decades, and now, she says, “It’s somebody else’s turn. That’s what we’re aiming for.”

Is it yours? Here’s your House Lust:

For more information on the Gideon Carr House, contact Sue Moore at 401-952-9164 or visit suemoore.randallrealtors.com.