House Lust: Inside Bois Doré, the Most Decadent Mansion on the Market

It has twenty-three bedrooms, fourteen bathrooms and one unapologetic poodle.

You needn’t scroll through dozens of photographs of Bois Doré to get the picture. You just need this one, of a French poodle, scruffy at the crown and perched atop an antique settee with an air of devil-may-care. 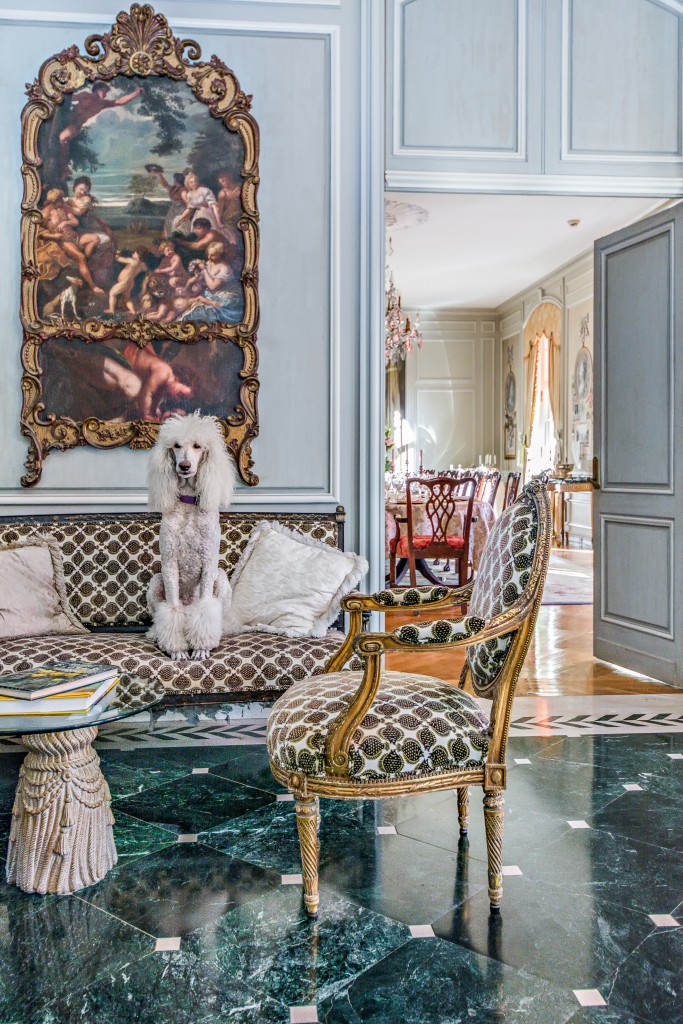 Bois Doré in Newport, like its resident purebred, is unapologetically decadent, from the Battersby trompe l’oeils painted directly onto the dining room walls to the 2,000-square-foot ballroom with an eight-foot antique Regency chandelier.

Designed by famed architect Charles A. Platt, Bois Doré — “gilded wood” in French, after the leafy lindens that line the drive — was completed in 1927 for William Fahnestock, an investment banker. Its stewards have included Campbell’s Soup heiress Eleanor Winifred Dorrance Hill Ingersoll and, later, oil heiress Carolyn Mary Skelly, both grande dames of Newport society who knew how to throw a party.

The times have changed (boy, have the times changed) but it’s almost comforting that such a structure — museum-worthy at 19,000 square feet — still stands, preserved and with purpose, awaiting the moment when getting dolled up and dancing the night away returns once again.

RELATED ARTICLES
House Lust: A Purple Victorian is on the Market in Westerly
House Lust: A Luxe Townhouse in a Converted Masonic Lodge in Newport
House Lust: The 5 Most Expensive Homes Sold in RI in 2020