The nonprofit rescues fresh produce from farms and delivers it to the food insecure.

Eva Agudelo isn’t afraid to get a little dirt under her fingernails. It’s a hot summer morning and she’s clad in overalls, boots and a tank top that shows off her tattoos of butterflies, thistle and clover on her left arm, and the word “Grace” and sweet peas on her right. Her plentiful freckles suggest she’s spent lots of time in the sun while her gentle and kind yet commanding demeanor means business when it comes to helping people.

Agudelo is the founding director of Hope’s Harvest RI, a startup venture that partners with farms while recruiting and mobilizing volunteers to harvest food from fields that would otherwise go to waste. The process is known as “gleaning,” and staff then delivers the fresh produce to the food insecure through relationships with food pantries and hunger assistance organizations across Rhode Island. Last year, Hope’s Harvest RI distributed 36,000 pounds of food; this year the goal is 70,000 pounds. 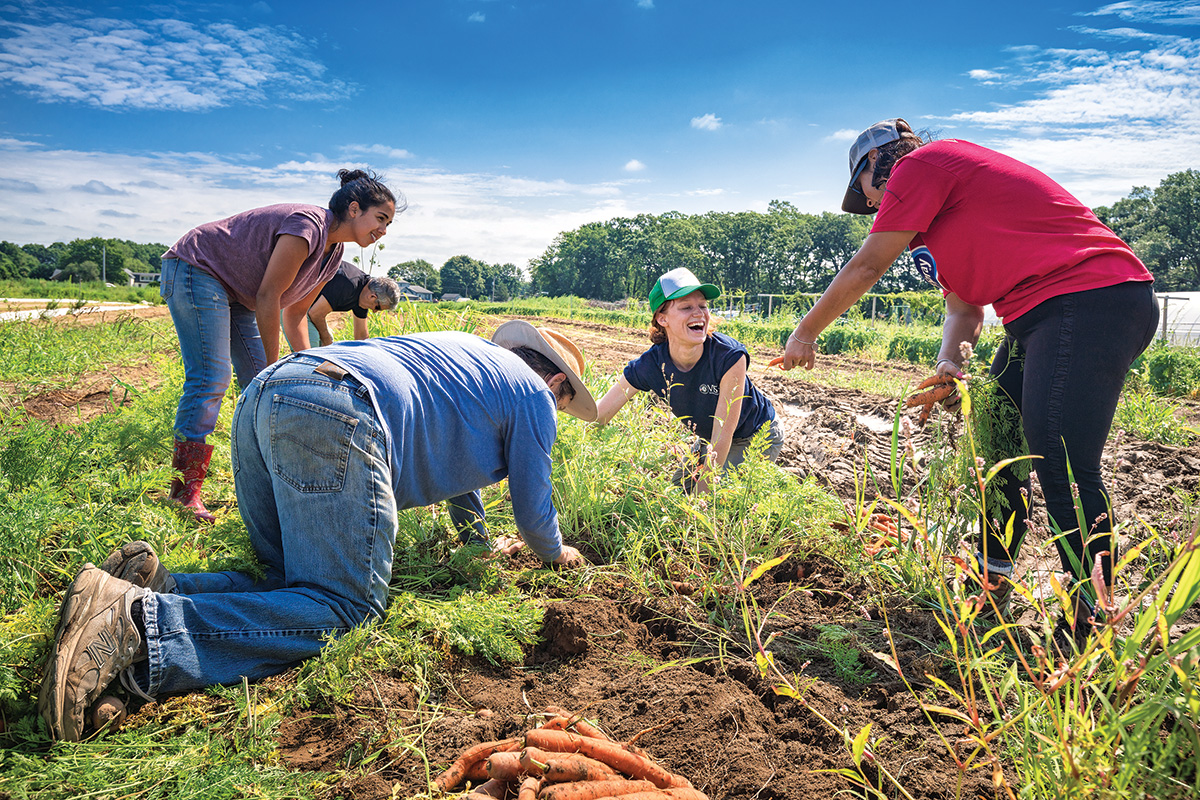 The everyday operation of Hope’s Harvest RI takes a lot of coordination between farms, volunteers and food agencies. “We want to make it as easy for farmers to work with us as possible,” Agudelo says. “We bring our own supplies and train our volunteers to harvest safely. Farmers ultimately want to feed people, so I think they’re happy to participate…. And the people running these pantries are superheroes.” 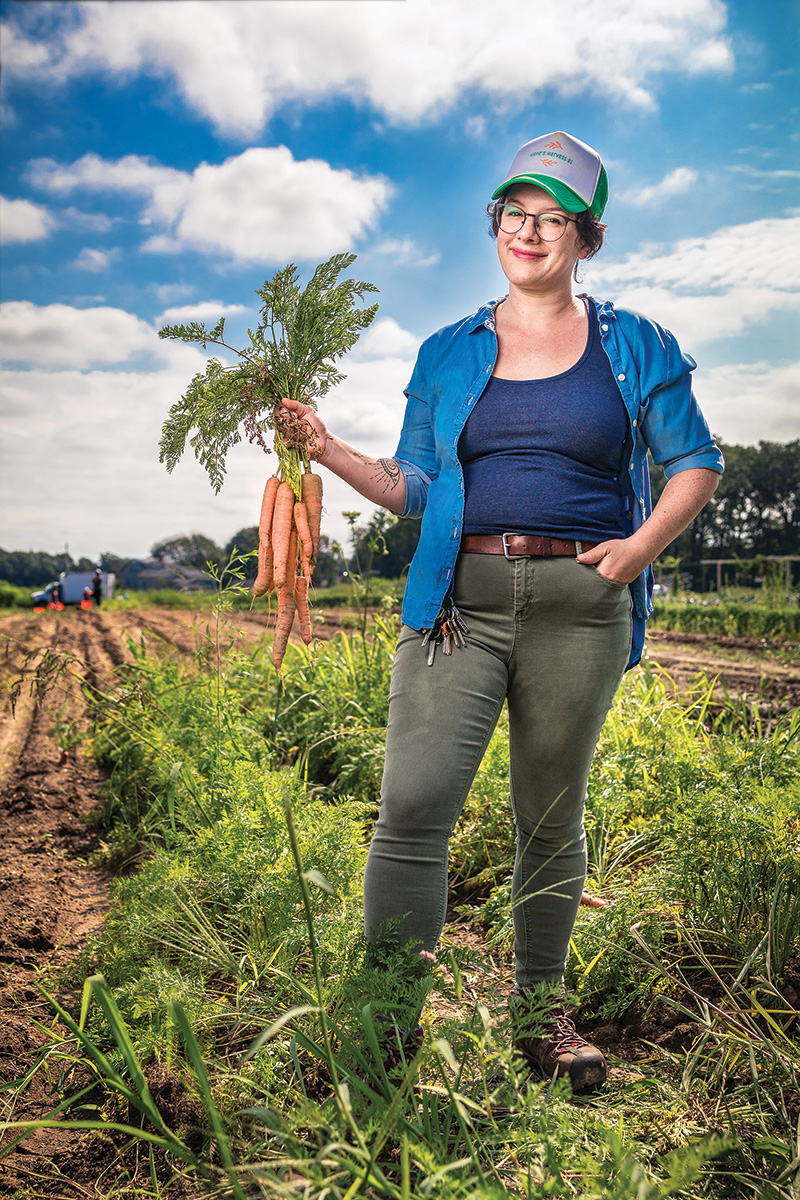 Agudelo earned her Master’s in Agriculture, Food and the Environment from Tufts University and went on to run beginning farmer training programs with Americorps Vista. Previously, she was the assistant director of programs for the Rhode Island Community Food Bank, which helped her establish connections to food pantries across the state.

When Agudelo noticed a lack of emphasis on food rescue in Rhode Island, she began to wonder why a program based around it didn’t exist. She dove right in, reaching out to gleaners across the country as mentors and eventually to Farm Fresh RI as a fiscal sponsor. In May 2017, the idea for Hope’s Harvest RI was born, and in April of 2018, Agudelo earned a Carter Fellowship for Entrepreneurial Innovation from the Rhode Island Foundation followed by an award from the Local Agriculture Seafood Act (LASA) program from DEM, which enabled her to start rescuing food from farms the following month. Last year, the organization logged 372 volunteer hours contributed by sixty individuals and partnered with seventeen farms and ten food pantries. This year, she hopes to increase those numbers and ease delivery efforts with the use of a new truck along with some help from Americorps volunteers, and a strengthened partnership with Farm Fresh Rhode Island’s Market Mobile program.

One volunteer, Derek Bowman, began working with Hope’s Harvest RI after meeting Agudelo at a farmers market and hearing about her mission. He’s participated in many gleaning trips and he’s proud of the results. “You can see at the end of an hour bins of food people will have to eat,” he says while picking zucchini and summer squash. “It’s important for human dignity to have good food to eat.”

Agudelo’s face lights up when she speaks about the community’s response to the Hope’s Harvest RI initiative. “People are aware of the issues we’re trying to address and excited that they can take action in a tangible way,” she says. “I do this because it’s deeply meaningful to me, and it’s just unacceptable that there’s perfectly good food going to waste when we can go get it out of the fields. Access to healthy, nutritious food is a human right.” Sign up to volunteer at hopesharvest.org.