Aguardente, a tapas-style restaurant in Fox Point, celebrates the culture and cooking of Portugal, Guatemala and the Azores.

Intimacy is always challenging to construct in a new restaurant. Dependent on space, lighting and whatever attitude walks through the door, it’s almost impossible to generate if it’s not organically in the bones. But if any block in Providence thrives on the mantra that knowing your neighbor is the key to knowing yourself, it’s the corner of Wickenden and Governor. 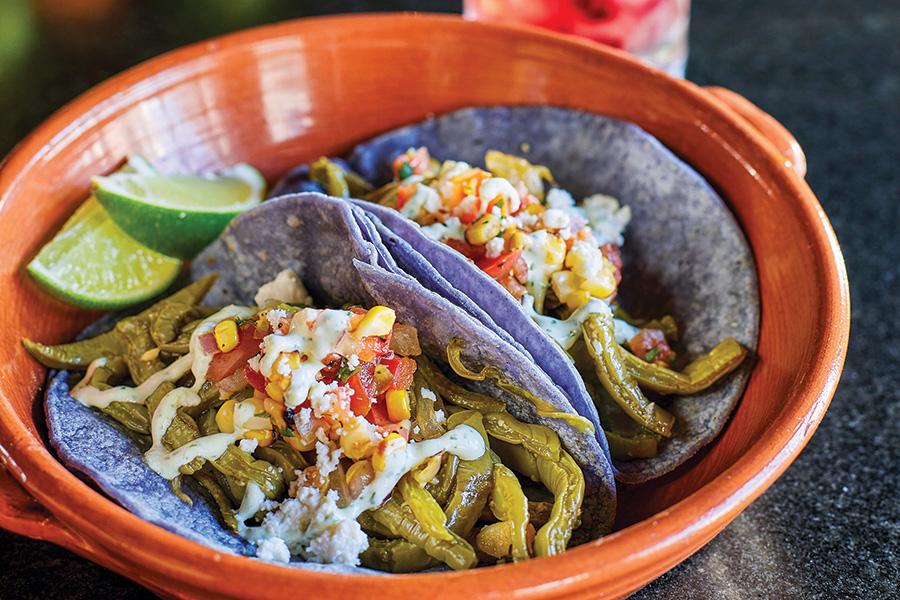 When the Shop started selling coffee seven years ago, it secured a Pleasantville-like setting almost immediately: local purveyors supplied the goods and the neighborhood came out — in skinny jeans and spectator shoes — to claim it as their own. Six years later, Pizza Marvin sidled up next door to hand out provolone pies and pepperoni gin and the community was nearly self-sustaining. (What does one need other than coffee, pizza and booze?) And then Victor Pereira showed up to expand the area in a way that is both celebratory and profound. 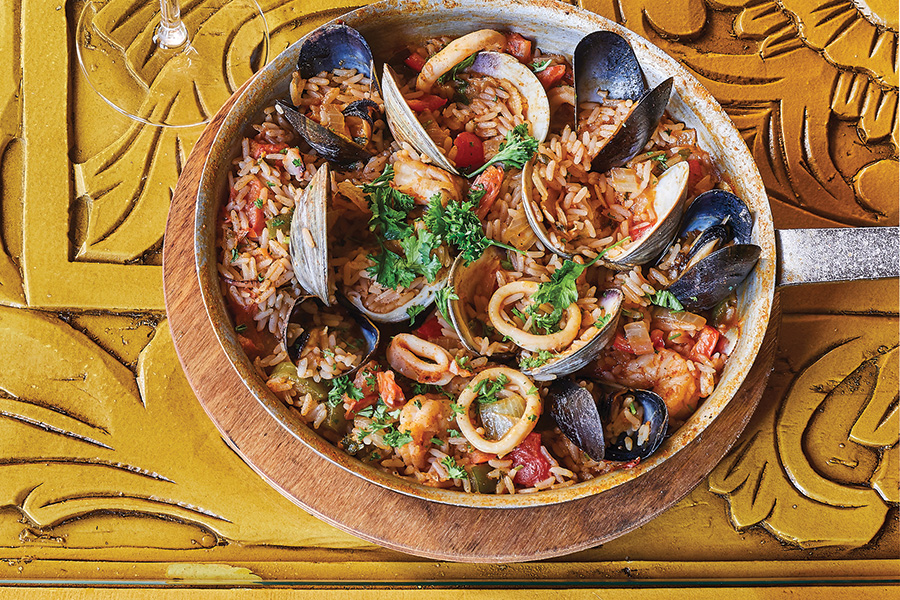 Tucked away from the street in a historic yellow house, Aguardente is a culinary photo album of an American immigrant’s childhood. The storyline is rich with memories and punctuated by the flavors that articulate home more viscerally than language. Pereira hails from mainland Portugal and his kitchen partners, Natalia Paiva-Neves and Magda León, immigrated from the Azores and Guatemala, respectively. León’s murals cover the walls of the space, heralding the arrival of each diner as if they’ve crossed an expansive ocean to get there. A loft area decorated like a living room sits beneath a painted banner that proclaims “Esta es una historia de amor indocumentada,” an undocumented love story, in which physical separation still promises the possibility of a dream. If there is a quintessential American story, it is certainly this one: the forfeiture of nearly everything tangible for the vision of a promising future. And it’s not lost on anyone in Aguardente —under twinkle lights and in the hazy glow of hibiscus margaritas — that the dream has so often manifested itself in these small restaurants that carry home across an often unforgiving globe, in the hope of finding a receptive audience.

Aguardente certainly has been welcomed with open arms. Patrons pack into the bar at 6 p.m., college students squeeze into small tables, and the occasional toddler smushes sweet plantains into her mouth. Storytelling is at the heart of Pereira’s project and diners often add theirs to the restaurant’s journal at the end of a meal (“Four friends sat on the patio and talked about space travel, ailments and HBO…con gusto.”). People hoisted on leather stools at the bar reminisce about the pub that used to inhabit this space — “basically the worst basement remodel job I’ve ever seen” — and bask in the radiance of this Mediterranean aesthetic. But the central tale here is that life is a moveable feast and that family can often be the people who feed us, not just with food but with shared experience. It’s no wonder the menu focuses on tapas, or that it’s named for a Portuguese moonshine; after all, homegrown is the origin of every plate. 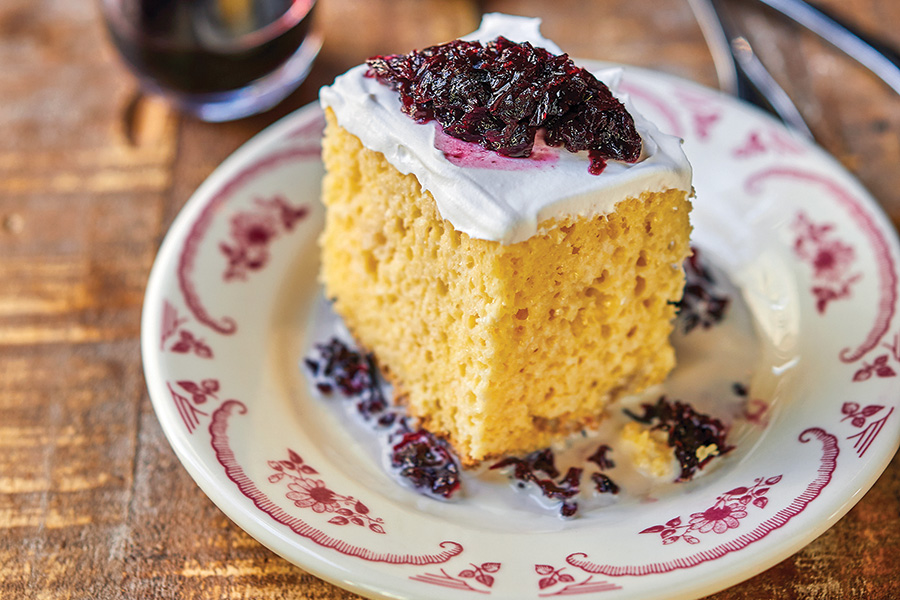 Garlic is the most familiar fragrance, wafting up to the thick wooden beams and drifting down over the vertically tiled and dimly lit bar. You could call every pocket of Aguardente romantic, and it is, but that’s selling the space short given the vibrations of culture in every corner. Some dishes are particular to their country: cactus tacos ($10) and fried plantains ($6) are direct imports from Mexico; cod fritters are instantly evocative of Spanish croquettas ($6). But there are Portuguese influences on nearly every plate, in both the piquant flavor of chouriço and the seafood of the Azores. And almost every offering, whether it’s cold or cooked, is rife with onion, olive oil and earthy paprika. 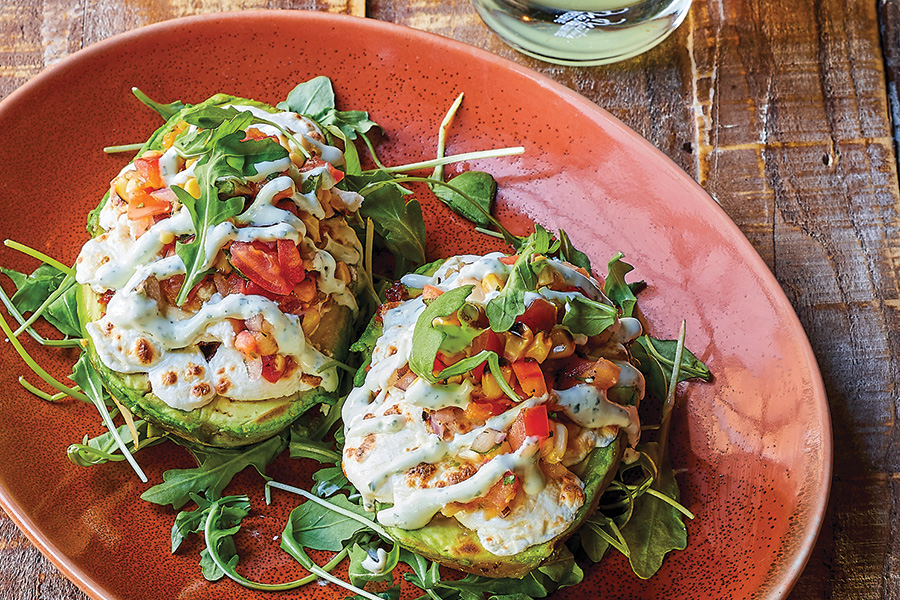 Unlike other tapas-style restaurants, charcuterie plays no part in the Aguardente ethos. Though there may be agency in putting together your own dinner, this is a kitchen that offers its collective cultural experiences on each plate. Diners are here as readers, not as authors though, for so many people, it’s an opportunity to be transported to a place they’ve known their whole lives. Most dishes are composed — blistered goat cheese covered in stewed tomatoes and olive oil ($10), shallow pans of stewed paella ($18), bright avocados filled with crumbled chouriço and Oaxaca cheese ($13) — but Pereira also curates a collection of tinned fish ($12) — tuna in mustard, spiced sardines, mackerel paté — that will hit a journeyman in the same way as grilled cheese and tomato soup. (“This brings me back,” says a scruffy man with his eyes closed and his hand on his heart.)

Bread accompanies almost everything on the menu because almost everything on the menu is covered in a sauce that needs to be mopped up with fervor. Almondegas (meatballs, $14), meaty prawns ($18) and grilled octopus ($20) keep giving after they’re gone as people spend as much effort soaking up warm garlic oil as they do on the main course. All of this, naturally, is accompanied by juicy cocktails and bold wines that remind everyone in the house that time has slowed down to a pace that only recognizes bliss. 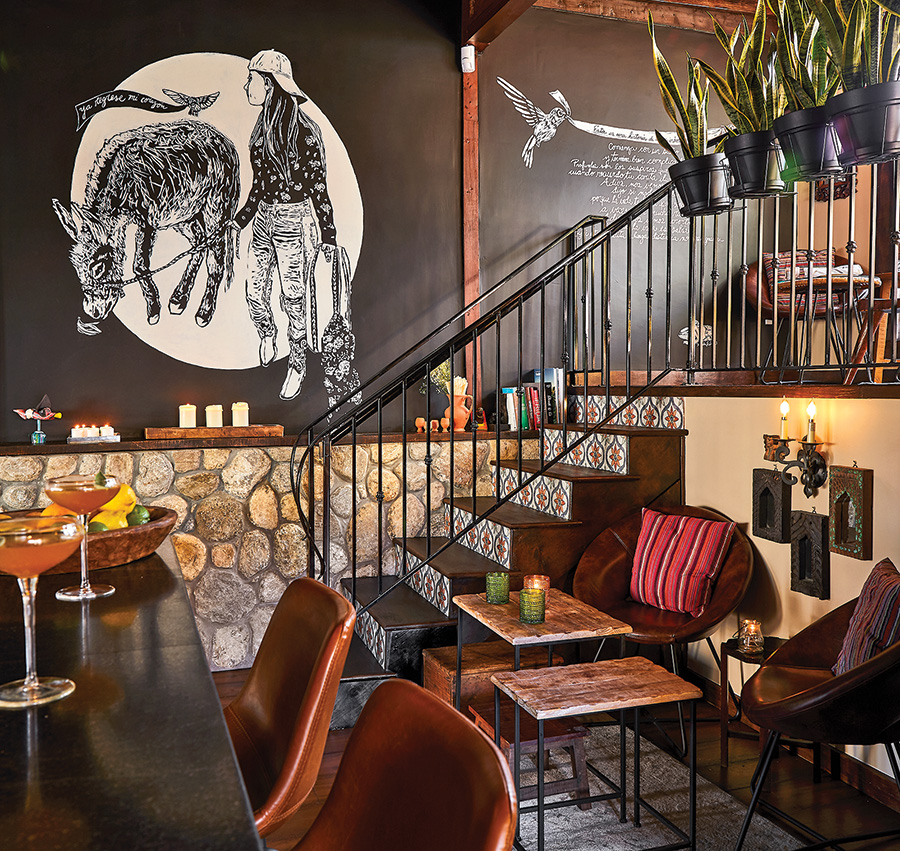 The goal of every seat in Aguardente is simply to get people to linger: over drinks, awash in memory, in appreciation of camaraderie. The food may feel like a backdrop to a well-honed intimacy but, in fact, it’s the catalyst: an open hearth, a familiar taste, an invitation to come back home for the evening. Even the desserts — notably a lush flan ($6) and a tres leches cake ($7) soaked in sweetness — translate the humble spirit of domestic life into existential contentment. It’s genuinely hard to pull yourself away from a seat anywhere in the restaurant because each one feels like the destination, rather than a stop along the way.