Health care and social assistance represent the state's largest employment sector with 76,600 workers, but it's still not nearly enough. 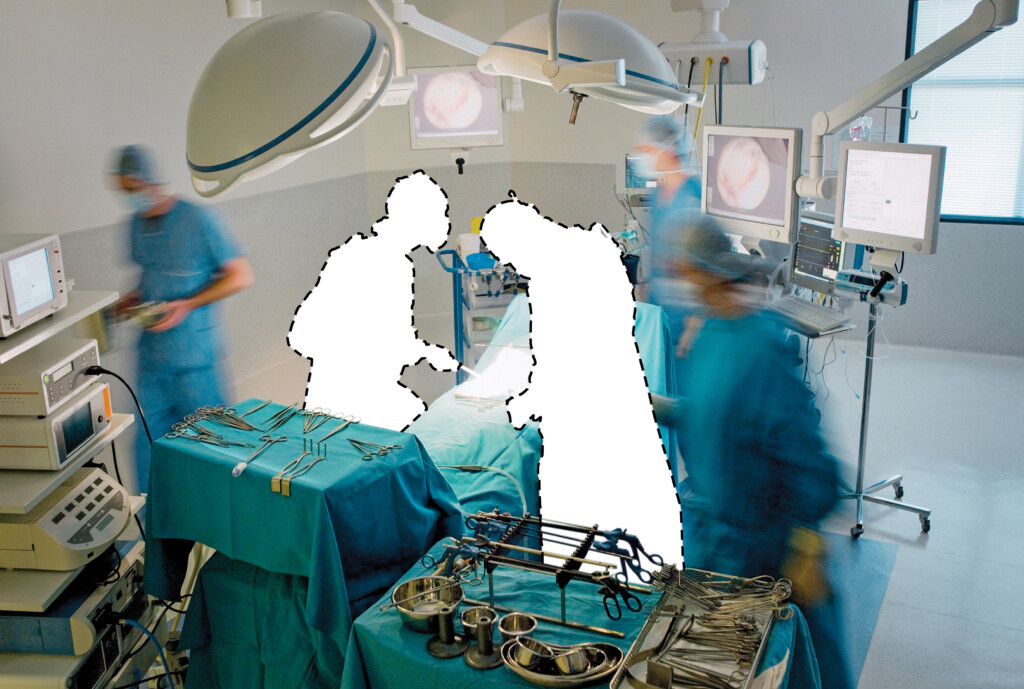 The world will be short 15 million health workers by 2030, the World Health Organization estimates. The Association of American Medical Colleges says the United States will have a gap of 124,000 physicians by 2034. The nation needs more than 200,000 new nurses annually to fill the current vacancies, according to the American Association of Colleges of Nursing. Nationwide, there are growing deficits in the number of home health aides, nursing assistants, nursing educators, nurse practitioners and lab technicians.

And in Rhode Island? Nobody knows exactly. But it’s a lot. And it’s worrisome. Health care and social assistance represent the state’s single largest employment sector, accounting for 76,600 workers — nearly 19 percent of the total private workforce, according to data from the Rhode Island Department of Labor and Training.

“It’s a big problem nationwide, but it’s really a problem here. During COVID, some dentists closed their doors because they were close to retiring age, and some of the hygiene staff didn’t want to do it anymore. The state only has seventeen oral surgeons, and no new dentists are coming to Rhode Island,” says Stepka, who heads the Rhode Island Dental Association. “I accept new patients, but I can’t get anyone in until [four months]. I’m over-booked. There’s only so many I can take.”

Primary care physician Dr. Tom Bledsoe is struggling to find everyone from front office staff to new doctors for his practice. He fears the impact shortages will have on his office’s team-oriented, patient-centered approach.

“The staff shortages are epic. We usually have seven people answering phones, and we are down to two,” he says. “We’ve had a lot of trouble adding doctors to our group, and it’s a good practice — we take very good care of patients, and we’ve been voted over and over again best place to work in Rhode Island.”

Sandra Victorino, a therapist and co-founder of the Latino Mental Health Network of RI, is concerned that the state’s Latino community cannot get the mental and behavioral health services it needs.

“There are large waits for bilingual and Spanish-speaking therapists, and it deters people,” she says. “It takes a lot for someone to ask for help and if they are on a waiting list, they’re a lot less likely to come in when there is an opening.”

When there aren’t enough therapists, or CNAs to staff the nursing homes, or primary care doctors, or dentists, patients with unmet needs wind up in the emergency room, or occupying a hospital bed, says Howard Dulude of the Hospital Association of Rhode Island.

“It really is all linked together. And in the last five to ten years, it’s been building.”

Baby boomers are retiring from the health care profession, just as this large cohort enters a life stage with increased health care needs. The pandemic drove up the worker burnout rate along with patient hostility and skepticism. The pay scale is so low for many in the medical support sector, such as nursing home aides and community health care workers, that they can make comparable pay with less stress working in retail.

The health care system is under unprecedented financial and operational stress. Maintaining it has begun to resemble the most complex Jenga game ever. How many pieces can be removed before the whole thing collapses?

In April, Rhode Island’s Executive Office of Health and Human Services, Office of the Postsecondary Commissioner and Department of Labor and Training convened a Healthcare Workforce Summit that drew all stakeholders — from health care and education providers to policymakers, unions and community organizations — to identify immediate and future solutions to Rhode Island’s health care workforce challenges. From that first meeting emerged three groups focusing on different aspects of the problem: general pipeline development, the mental health workforce and compiling accurate data. Currently, the DLT has projected a need for 85,100 health care positions between 2018 and 2028.

“At the end of the day, it’s a supply and demand issue. How many nurses do we need and how many to meet the demand?” says Alyssa Alvarado, executive director of the Rhode Island Governor’s Workforce Board. “We know that we do not have enough coming through the pipeline. But trying to figure how many more to get into the pipeline, and how many we are losing — these are not easy problems to solve.”

Even more critical to solve, say providers, are the low reimbursement rates set by private and public insurers. This is sending medical workers of all types over state lines where they can make significantly more, providers say, and discouraging new practitioners from establishing offices here.

“It’s rates,” says John Tassoni Jr., president of the Substance Use and Mental Health Leadership Council of Rhode Island. “It’s the rates from the insurers. They haven’t changed in twenty years. How can you run a business if you haven’t had a rate increase in twenty years? You can’t. It’s impossible.”

“The Medicaid program received over $100 million to support home- and community-based services, and nearly 60 percent went to direct-care workers, specifically for recruitment and retention of employees,” he says. “But it’s a stopgap, and that’s all it was ever intended to be.”

This month, the Office of the Health Insurance Commissioner will issue the state’s first biennial comprehensive review of all social and human service programs in the departments of Human Services; Children, Youth and Families; Behavioral Healthcare, Developmental Disabilities and Hospitals; Health; and the Medicaid program, including reimbursement rates to providers. This baseline was mandated by legislation passed during last year’s General Assembly, championed by Rep. Julie Casimiro (D–North Kingstown, Exeter) and Sen. Louis P. DiPalma (D–Little Compton, Middletown, Newport, Tiverton). Casimiro says it took a lot of advocacy and multiple re-writes of the bill to persuade leadership that a rate review would not blow up the state budget by enforcing sudden, across-the-board increases.

“We can have a process and a structure in place that is thoughtful, and we can get this done,” she says. “And I believe it will make us more competitive with neighboring states, help with retention of employees and help people get the
services they really need.”

Hemi Tewarson, executive director of the National Academy for State Health Policy, says these hard conversations are happening among state policymakers everywhere. While a few states, such as Vermont, began pre-COVID, many more are forming committees and work groups “to think about the workforce more holistically, and how that helps with sustainable funding built into the policy-making structure. Some have realized, ‘We don’t have great data,’ and have invested in that: ‘What type of shortages do we have, and who struggles to get access to which type of providers?’”

There are many pathways to recruit, train and retain workers up and down the skill scale: loan repayment; secondary school pathway programs that shunt students into health careers; expanding the responsibilities of certain health care workers, such as physician assistants; more telehealth; training nurses through hospital programs instead of requiring four-year bachelor’s degrees; eliminating the federal caps on the Medicare-funded residency slots for physicians; and paying family caregivers.

Lifespan, for example, is boosting its workforce development programs to tap the labor pool from underserved communities into a variety of front-line jobs. With public and private funding, these programs offer a full suite of education, training, child care, job readiness skills and other wrap-around services and opportunities for advancement.

“It’s highly robust and strategic,” says Lifespan Workforce Development Program Manager Alexis Devine. And, it serves the goal of creating a diverse workforce “that will reflect our patient population, which leads to increased patient satisfaction.”

But like every other provider, the hospital chain is scrambling. It had 1,848 vacancies as of the end of October and upped its recruitment efforts — offering advancement opportunities to associate-level RNs, providing signing bonuses, boosting employment referral bonuses, holding job fairs and increasing its geographic outreach to academic institutions within a 100-mile radius.

Those currently in the job, meanwhile, are fighting to stay. In early November, members of United Nurses and Allied Professionals picketed Our Lady of Fatima Hospital, Roger Williams Medical Center and Prospect Home Health and Hospice for better pay and safe working conditions.

“We have higher workloads and we don’t have the ancillary support, so you leave work, saying, ‘Oh God, I hope I didn’t kill anybody today, and I hope I didn’t miss something major,’” says union president Lynn Blais. “It is truly a broken system.”