The activist dance company is hosting an unveiling ceremony for new temporary signage at the Hopkins Homestead as part of a series of MLK weekend events. 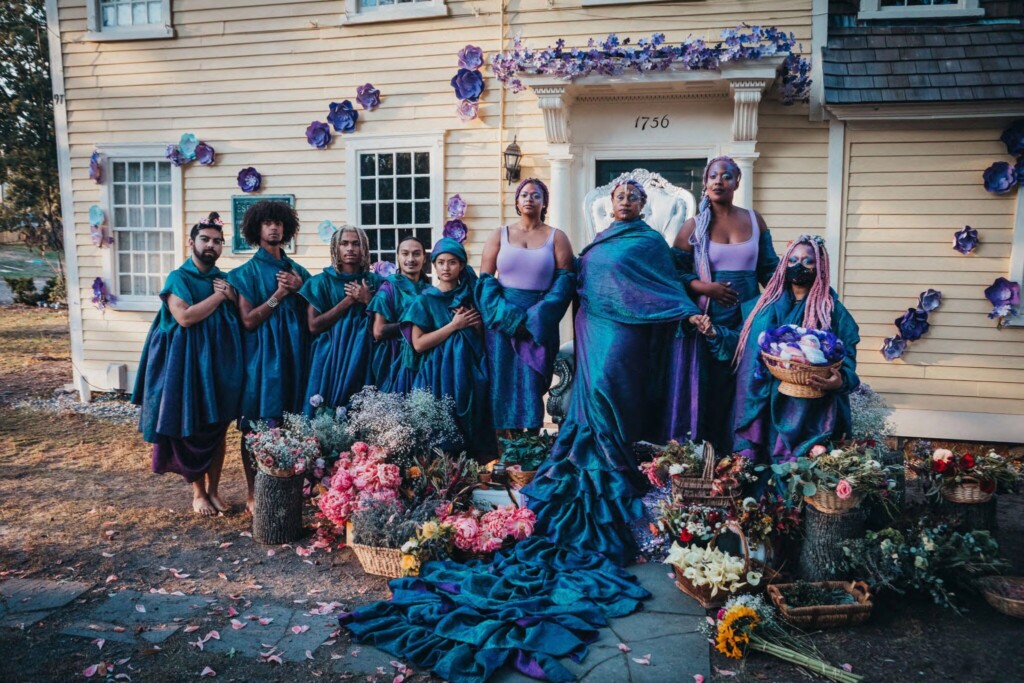 If you grew up in northern Rhode Island, you might have happened upon the name Esek Hopkins a time or two, whether in local history books or while driving by eponymic sites and buildings in Providence. Though he may have been a former commander of the U.S. Navy in the 1700s, his legacy on the state has long been questioned. And for good reason: Not only was Hopkins censured for disobeying orders and fired from his post, but he was a notoriously brutal captain of the slavery ship Sally, as commissioned by the Brown brothers (of Brown University notoriety).

Haus of Glitter, the Providence-based activist dance company, is doing much more than questioning. From December 2019 to November 2022, members of the company occupied the former home of Esek Hopkins as part of the City of Providence Department of Arts, Culture and Tourism’s inaugural Providence Park-ist in Residence program. During their residency, the members researched the history of both Hopkins and the property and eventually devised an activist dance opera called the Historical Fantasy of Esek Hopkins. The reimagining of Hopkins’ legacy celebrates and affirms Black and Brown lives while incorporating mermaid folklore, disco and dance. The opera completed a successful three-night production residency in New York City this past October and Haus of Glitter was one of twenty dance companies from around the world to win the New England Foundation for the Arts’ National Dance Project Production Grant to develop a national tour.

But the company’s work didn’t end there. Building on global and national movements to reinterpret racist monuments, Haus of Glitter teamed up with PRONK! Fest to create a proposal and petition (of which more than 1,000 people have signed) calling for the re-imagination of Providence sites that bear Hopkins’ name. Known as #HealEsekHopkins, the campaign asks the capital city to develop a community-based process centered around inclusion and trust that will focus on several transformative tasks. These include moving the Esek Hopkins statue to the property’s homestead and park for an interpretive exhibit; replacing the statue with a new plaque and commemorative work dedicated to Black women and Black queer people of the past, present and future; renaming the Esek Hopkins Middle School; and reinterpreting the Esek Hopkins Homestead and Park as a site of truth telling, reconciliation and commemoration with conservation and interpretive projects inside and out.

A major step is already being taken towards one of those goals. In cooperation with the Providence Parks Department, Haus of Glitter will debut new temporary interpretive signage at the homestead, marking an important milestone in reinterpreting and reimagining Hopkins’ legacy. A proposal for permanent re-dedication is currently making its way through the city’s approval process via the Special Committee for Commemorative Works.

The unveiling ceremony will take place Monday, January 16 (Martin Luther King Jr. Day) from 3–3:30 p.m. and is just one part of a series of events co-organized by the Haus of Glitter throughout MLK weekend. Other events include a kick-off party for the twenty-fifth annual Funda Fest in partnership with the Rhode Island Black Storytellers on Saturday and a Black History Brunch (complete with trivia) at AS220 on Sunday.

For more information about #HealEsekHopkins, Haus of Glitter and other associated MLK weekend events, visit hausofglitter.org.