Get to Know the Adorable Oxen at Blackbird Farm

Once a year, three skilled and pampered Brown Swiss oxen travel from their home at Blackbird Farm in Smithfield to compete at the Fryeburg Fair in Maine. 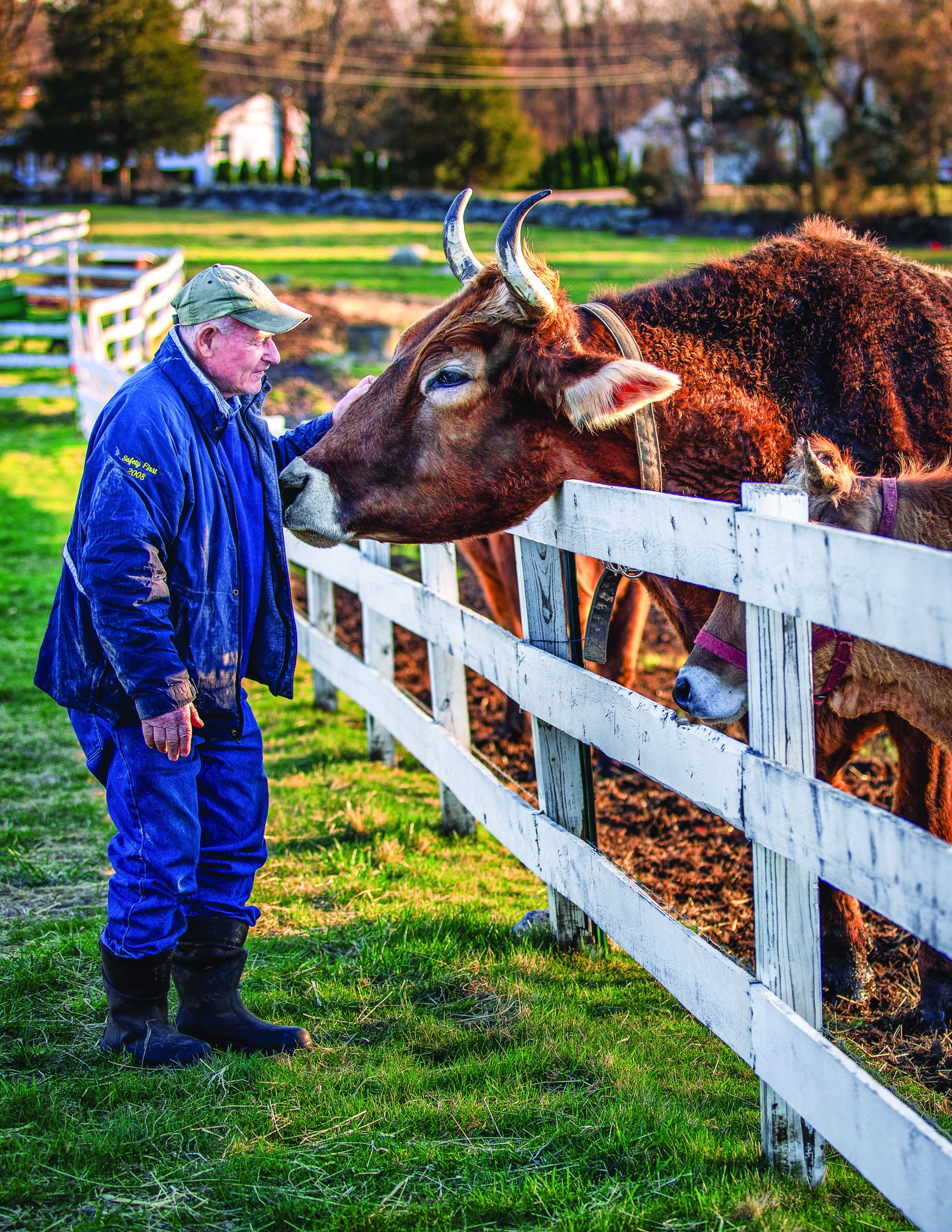 Ted Powers was in his fifties when he started raising show oxen, and the passing years have done little to dull his enthusiasm for the gentle creatures. Sugar is one of three Brown Swiss oxen he cares for at Blackbird Farm in Smithfield, where the animals live a pampered life alongside the farm’s cattle and hog herds. Once a year, he takes them to Fryeburg Fair in Maine to compete in skills once considered crucial for working the land in New England. “I do the demonstrations up here to show kids this is the guy that did it all. When you see all the stone walls in the woods, it was the oxen that did it,” he says, adding that many settlers couldn’t afford horses until after the Civil War. These days, visitors are more likely to find Sugar posing for selfies or getting a scratch on the nose by the fence during one of the farm’s summer farmers markets. At age seventeen, Sugar is officially retired, but Powers continues to train three-year-old Apple and Cider, who already weigh more than 2,000 pounds each. “A lot of oxen people don’t like the Brown Swiss because they’re slow. But I’m seventy-seven, so I’m slow, too,” he says. “They go by my pace.”