Learn how the Providence-based spirit company came up with Ostreida, its new vodka distilled with oysters, and how it makes a mean bloody mary. 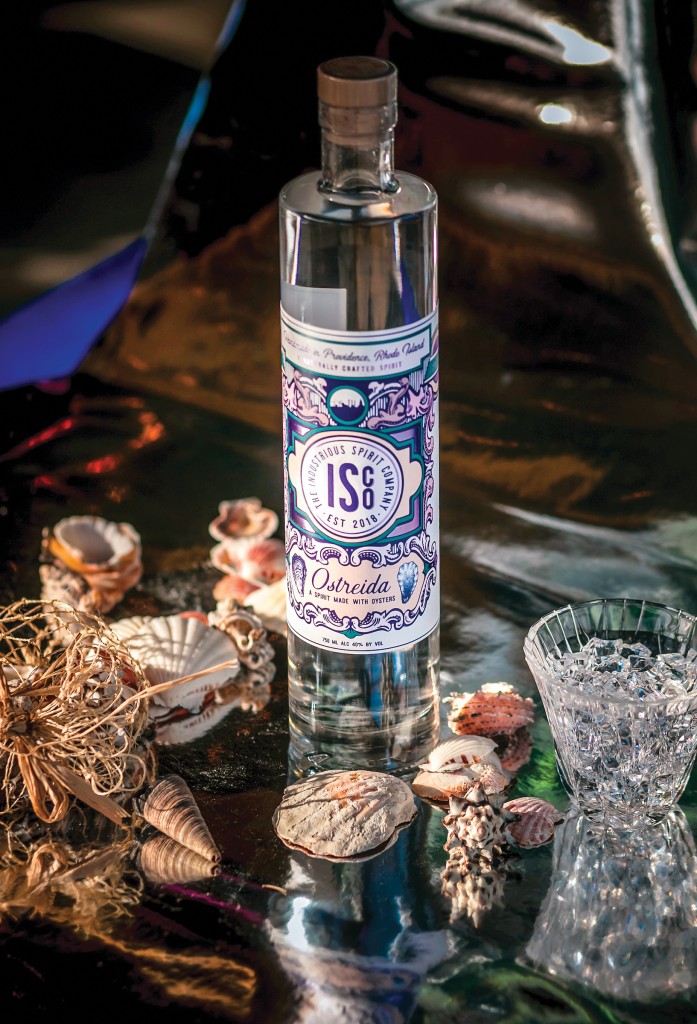 Manya Rubinstein, CEO of the Industrious Spirit Company (ISCO), tells us all about the briny bottled beverage made in Providence.

How did you get the idea to create a vodka that’s distilled with oysters?

Industrious Spirit Company opened at the very beginning of the pandemic, literally when everything shut down. We were out toasting surviving our first year in business by sharing some oysters and cocktails together. It suddenly dawned on us that it was so strange that nobody, as far as we knew, had combined the flavor of oysters and vodka into a product. It’s such a classic pairing and we couldn’t find anything like it. Our head distiller Daniel Neff started experimenting for a couple months with many ways of including oysters in the actual distillation. Finally, we found the best way and we decided we better release this product. We couldn’t believe it didn’t exist because we’re the Ocean State — a major perk of living here is access to amazing seafood.

Do the oysters come from various farms, or are you working with one farm?

We have worked with all Rhode Island and Massachusetts oysters. We joke around about merroir because we have used different types. The core product was made with oysters from Matunuck. That was where we got the initial idea when we were enjoying oysters from there. We’ve experimented with East Beach Blondes, too, as well as oysters from different farms in Duxbury Bay in Massachusetts and a batch with Thimble Islands from Connecticut. With all the batches that are going out now, we’re including this cool label that looks like an oyster bag label. It says what farm we harvested from, where the farm is located and what the date of harvest was, because oysters can change their flavor throughout the season, which carries through in the distillation process.

And you give a portion of proceeds from each bottle to a good cause?

We have an ongoing partnership with GreenWave. The guy who founded it [Bren Smith] wrote a book called Eat Like a Fish. He was a commercial fisherman in the mid-1980s, fishing the most unsustainable fish off the coast of Alaska. He had this revelation and became an oyster farmer, then a kelp farmer, and he has some interesting things to say about how ocean farming is the path to food system sustainability for huge populations. He founded this organization, and they work to scale sustainable ocean farming, kelp and oyster farming. We donate a portion of sales from Ostreida to GreenWave. When we do the Connecticut run, we’re going to use oysters from their farm.

And how is it going so far? Sounds like Ostreida is doing really well.

It’s going great. People seem to love it. I think that’s only going to continue into the summer. Oyster lovers know that oysters are delicious in any season, but there’s nothing like enjoying fresh oysters while sitting outside at a beautiful location by the sea. And Rhode Island is so great for that in the summer. 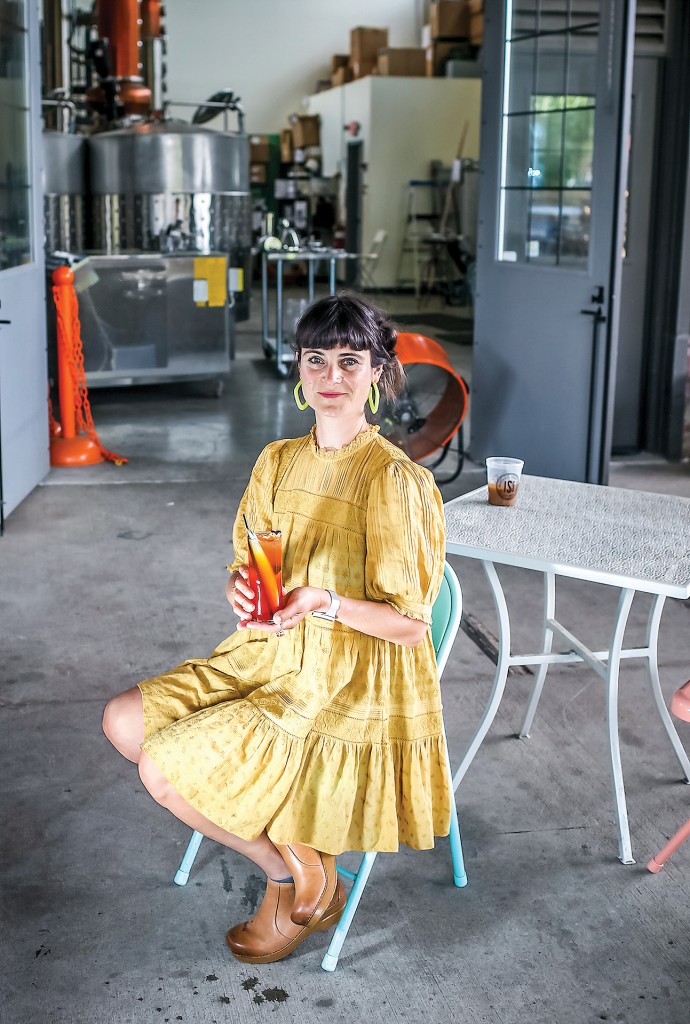 What is your favorite way to serve Ostreida?

It’s totally delicious by itself out of the bottle, and because Ostreida combines the super creamy, round quality of our organic corn-based spirit with the salinity and flavor of oysters, it’s almost like a pre-made cocktail. You could just shake it up with some ice, but it also makes a great martini and a killer bloody mary.

Mix 2 ounces of Ostreida with 5 ounces of bloody mary mix with ice, and incorporate well. Serve in a glass with ice and garnish with your favorite spicy, sweet or pickled items, including celery, a lemon wedge, Chi Kitchen kimchi pickles, horseradish or even a shucked oyster.