Slater Mill: A Gem in the Middle of Pawtucket 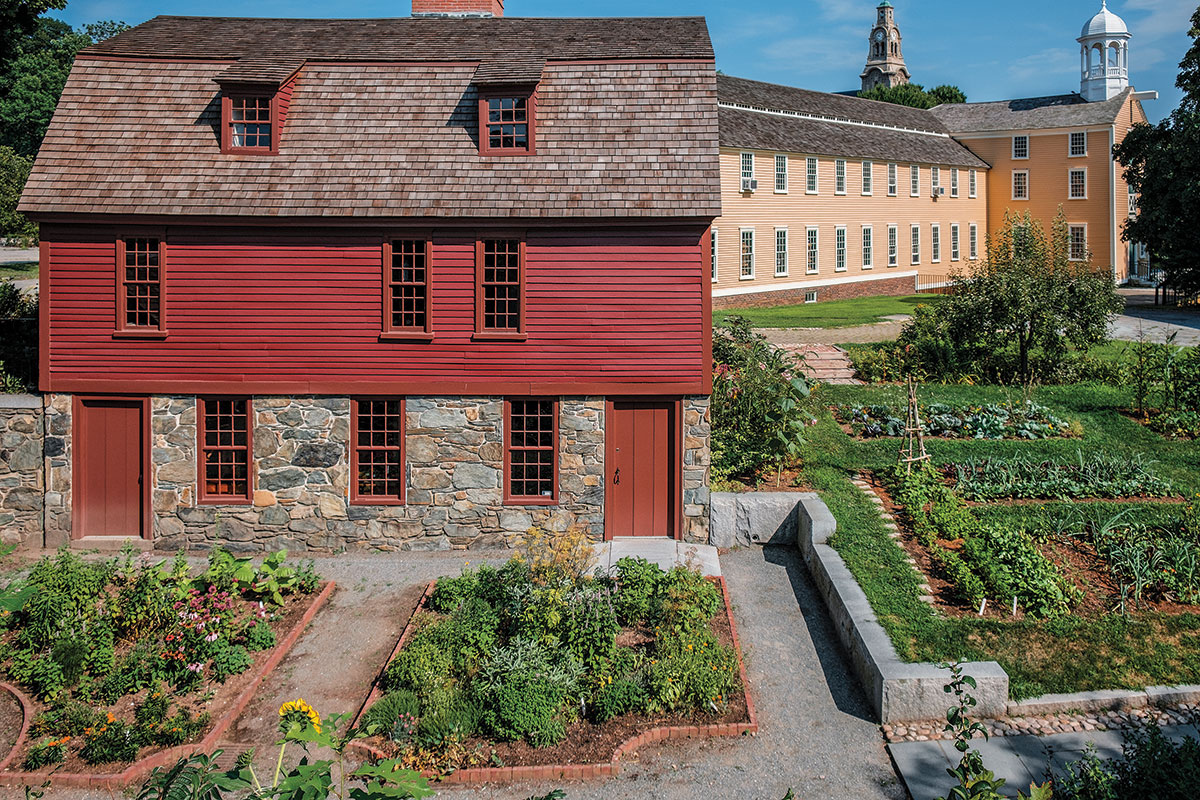 Just outside the kitchen doors are two of the four herb plots; on the left are mostly native herbs adapted for medicinal use, while culinary herbs (parsley, sage, thyme, basil and oregano) occupy the bed on the right. To the right of the house, vegetable plots brim with carrots, parsnips, leeks and other root vegetables. In the far back are pears, strawberries and blueberries. Photography by Chris Vaccaro.

If you went to grade school in rhode island, you’ve been to Pawtucket’s Slater Mill. Recognized as the birthplace of the American Industrial Revolution, the National Historic Landmark is a field trip staple for local elementary schools. The five-acre complex on the banks of the Blackstone River features Slater Mill, Wilkinson Mill and the Sylvanus Brown house. What many Rhode Islanders don’t realize is that the property is also home to several eighteenth century-style gardens.

The property’s gardens were started in the ’70s by an area garden club, but they were eventually abandoned. In 2015, Slater Mill executive director Lori Urso contacted the master gardeners to get them blooming again.

Built in 1758, the Sylvanus Brown house was originally located in a different area of the city. The home was moved to the museum site in the 1960s because Slater Mill co-founder Samuel Slater stayed in the home beginning in 1790. In that vein, the master gardeners were tasked by Urso with planting a historically accurate representation of what an industry family would have grown between 1790 and 1830.

Although project co-leaders Anne Faulkner and Sherry Dzamba have been master gardeners for some time (Dzamba originally earned the distinction in New Jersey), the women only recently took over the project at Slater Mill. Faulkner has focused on vegetables while Dzamba has taken the lead on herbs.

“I started by picking vegetables that were in the early Shaker Seed Company catalog because the Shakers were the first to market seed packets,” explains Faulkner. “They first put out a catalog in the 1790s, although their first recorded inventory was in the 1820s. It fell within the time range we were looking at and it was a good indication of what would have been popular in New England at that time.” Most of the plantings here are root veggies such as carrots, parsnips, turnips, radishes and beets. Although Faulkner says she was surprised to learn that watermelon was also a popular plant during this era, she has yet to plant any in the garden (although she did plant an old-world variety of cantaloupe). 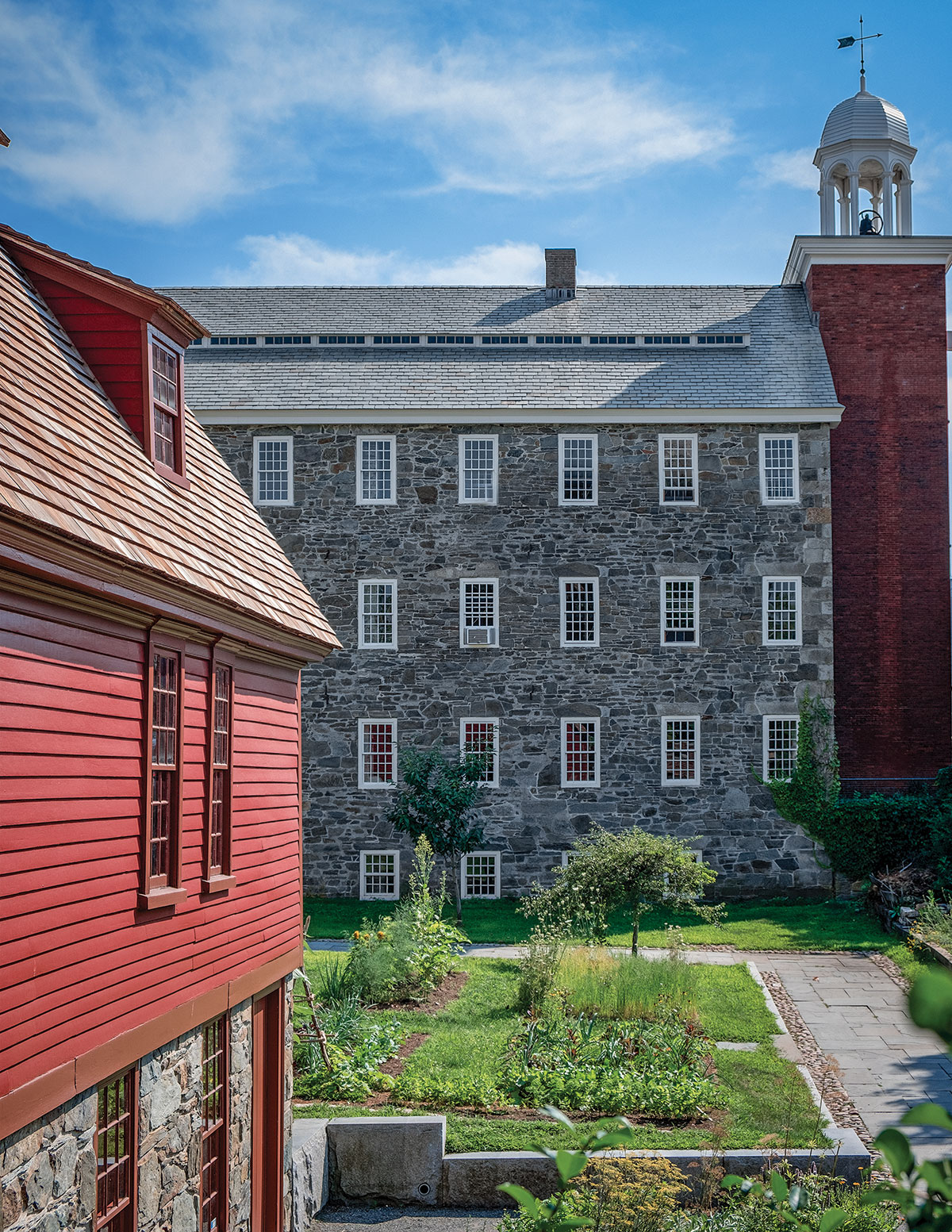 A flax field blooms behind a vegetable plot at Slater Mill; asparagus and okra grow next to the flax. Photography by Chris Vaccaro.

The herb garden received a whole lot of love in 2018, say Faulkner and Dzamba. Located right outside the Brown house’s kitchen door, the herb garden contains four designated plots: one each for culinary, medicinal, household and native herbs. Although the women note that the herbs would have been interspersed in a genuine 1790s garden, dividing the plants makes it easier to educate visitors on the diversity of herbs and their uses. In here, visitors may spot familiar herbs such as parsley, sage, rosemary, thyme and basil, but will likely be less acquainted with inclusions such as absinthe and agrimony (which would have been used to soothe sore throats). 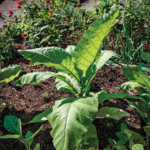 Something that distinguishes the Slater Mill gardens from other historic gardens in the area is the inclusion of cotton, flax and Connecticut broadleaf tobacco. While these particular plants likely wouldn’t have been a part of Samuel Slater’s garden, they are contextually appropriate for the property.

“It’s a little gem in the middle of Pawtucket,” says Dzamba. “A lot of people don’t even know it’s there.”