Jayd Bun specializes in house made noodles and dumplings that will warm up guests for the winter months and beyond. 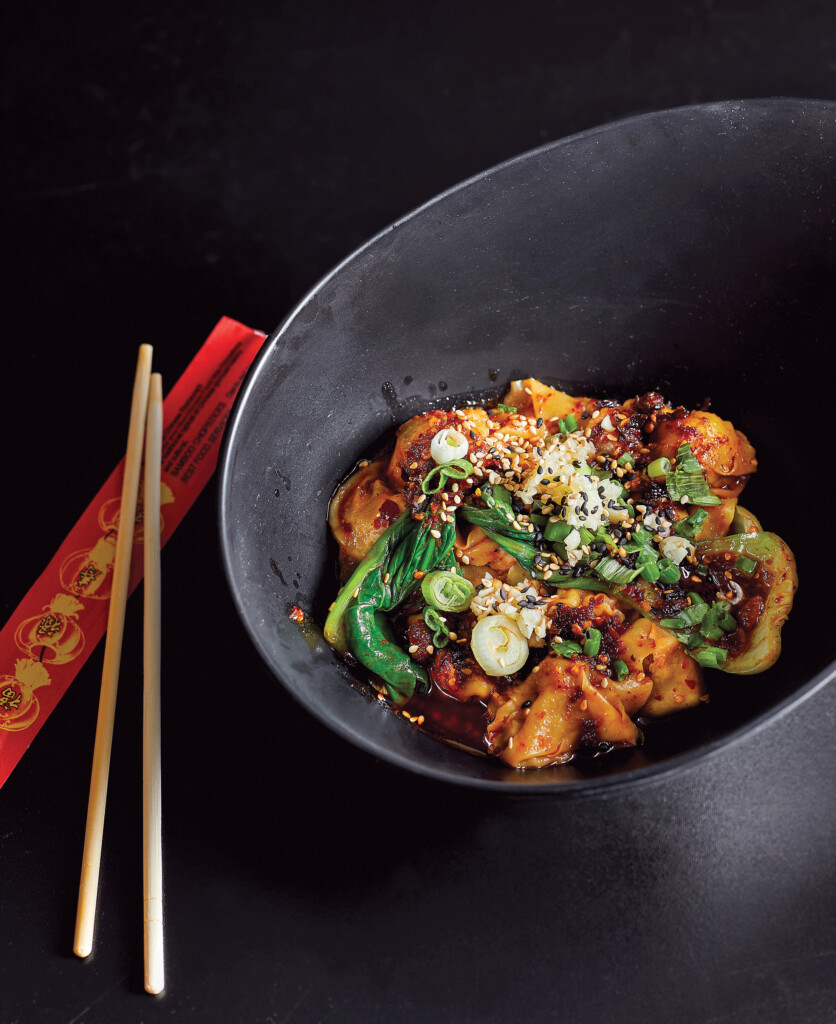 Drive around the corner from Whalers Brewing Company in South Kingstown and you’ll run right into the state’s most unassuming portal to Tianjin, China. Jayd Bun, run by chef Annie Parisi and her husband, Joe, is a mishmash of American artifacts: Trucker hats are for sale in the entryway, a Whirlpool fridge sits by itself against the wall, and early Madonna, classic rock or reggae cascades through the air of what feels like a seaside snack bar (without the ocean). But the food that comes out of the frenetic kitchen is a testament to homestyle cooking, regardless of where that home is.

Jayd Bun is takeout only, though you can also bring your plate over to Whalers to wash it down with a beer — or drink away the wait time, which can run well past an hour if you don’t call your order in early (like 3 p.m., an hour before they open). The website is pretty good at conveying the limitations of handmaking everything — “We will open late from time to time to catch up on our prep or not open at all for extra day of rest.” — and you’ll find the same convivial abruptness as you stand in the queue to pick up food.

Regulars — called by name or nickname — are drawn to the casual banter, the comforting textures and the transportive components of Parisi’s cooking. Each bite has an element of the familiar: The entire menu revolves around dough, and it’s all formed and pulled by hand. And yet each dish is also a vivid translation of life in northeastern China, where small portions of meat and vegetables are gift-wrapped in hand-formed packages. Jin-jin dumplings ($11.88) are stuffed with pork and egg and served cannelloni style, rather than pinched like crescents. But it’s the contrast between the toothsome dough and its crisped, fried exterior that make Jayd Bun’s inventory so addictive.

Bao buns ($15.88) are made fresh each day and stuffed with pork, chicken or veggies, but it’s the sense that you’re eating a seared and savory marshmallow that’s so alluring. (Or, as one diner put it, “It’s like griddling Wonder Bread. Only better.”) In fact, it seems like the kitchen will try nearly anything with flour, including an impossibly crisp scallion pancake ($12.88) and a beef patty ($12.88) encased in a miraculous cross between dumpling dough and puff pastry.

The menu appeals to Rhode Island’s most ardent carb fanatics, but everything is tempered by a shot of vinegar-rich soy or spicy chili sauce. In the case of soup, however, it’s the way in which the handmade chewy noodles soften in hot broth that makes groupies out of even the most indifferent diners. Some soup is spicy, others rich with tomato — but each dish eats like a Grateful Dead concert in which a single familiar song can morph into an epic journey into the unknown. The fact that this culinary labyrinth is disguised as a quirky takeout spot just makes it more intriguing. 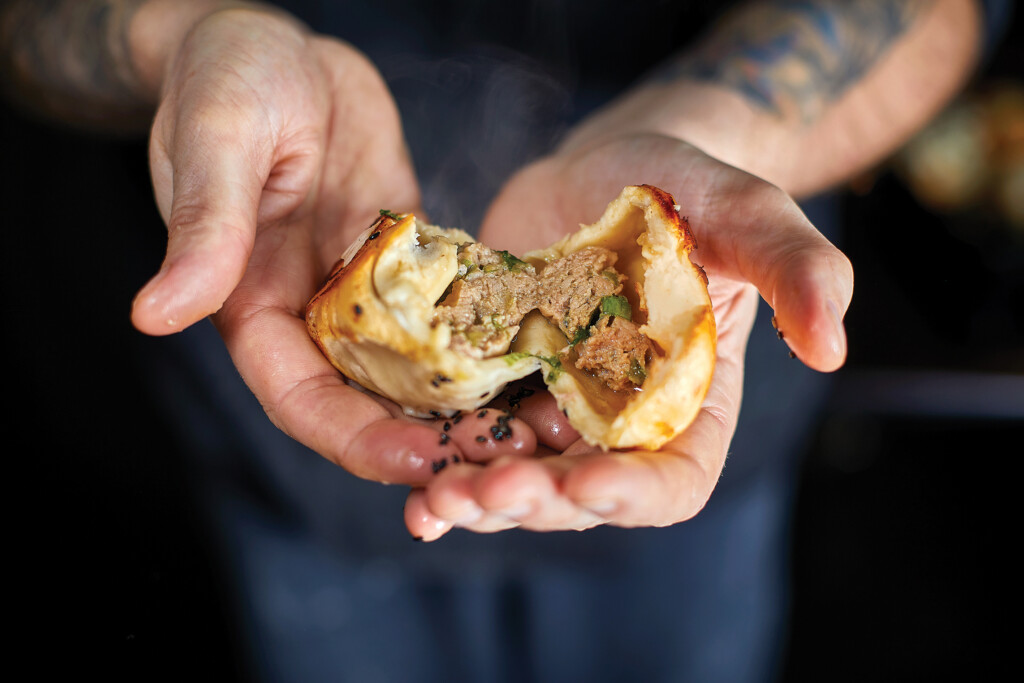 Must get: Bao buns, jin-jin dumplings, scallion pancakes, spicy wontons, noodles of every incarnation. Takeout only.