The brick building that houses Durk’s — and the old home of the Satin Doll — is a simple space. Gone is the stripper pole, goodbye to the flashing lights. It’s now an unadorned enclave that smells like smoke, whiskey and the crackling of pork skin, which, when mixed together, forms a carnivore’s aphrodisiac. Tables are like islands, not unlike the one massive painting on the wall by local artist Mark Freedman that features a lone baby blue skiff drifting through the Texas bayou. 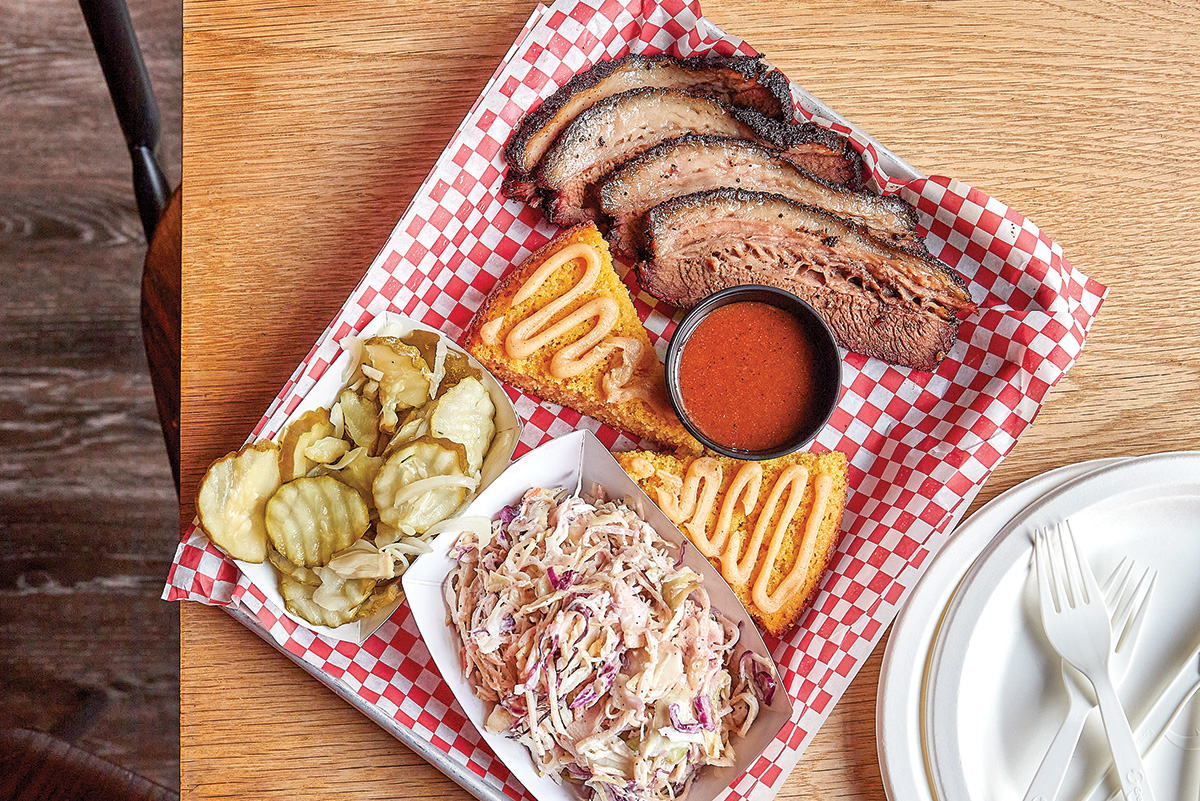 But if you can’t make it indoors, no matter. Nothing is lost as food leaves the premises, other than an eclectic soundtrack of Southern struggle that jumps from Janis Martin to Dolly Parton with some Ty Segall thrown in for amplified electricity. Surely you can dig up a Spotify playlist that will coat your dining room in the requisite haze of blues, country and hard rock needed to commune with America’s gastronomic growl.

Somehow in the move from Thayer Street, Durk’s has streamlined the space (no more cafeteria line) but created more soul in the menu. Drinks are as aggressive as ever, laced with smoked salt and Angostura, or you can wash down the Alabama white with an IPA. The real test of any barbecue joint, however, is in the smoker and in the ability to turn those intensely charred meats into a range of dishes that hit every note between sweet and scorched. 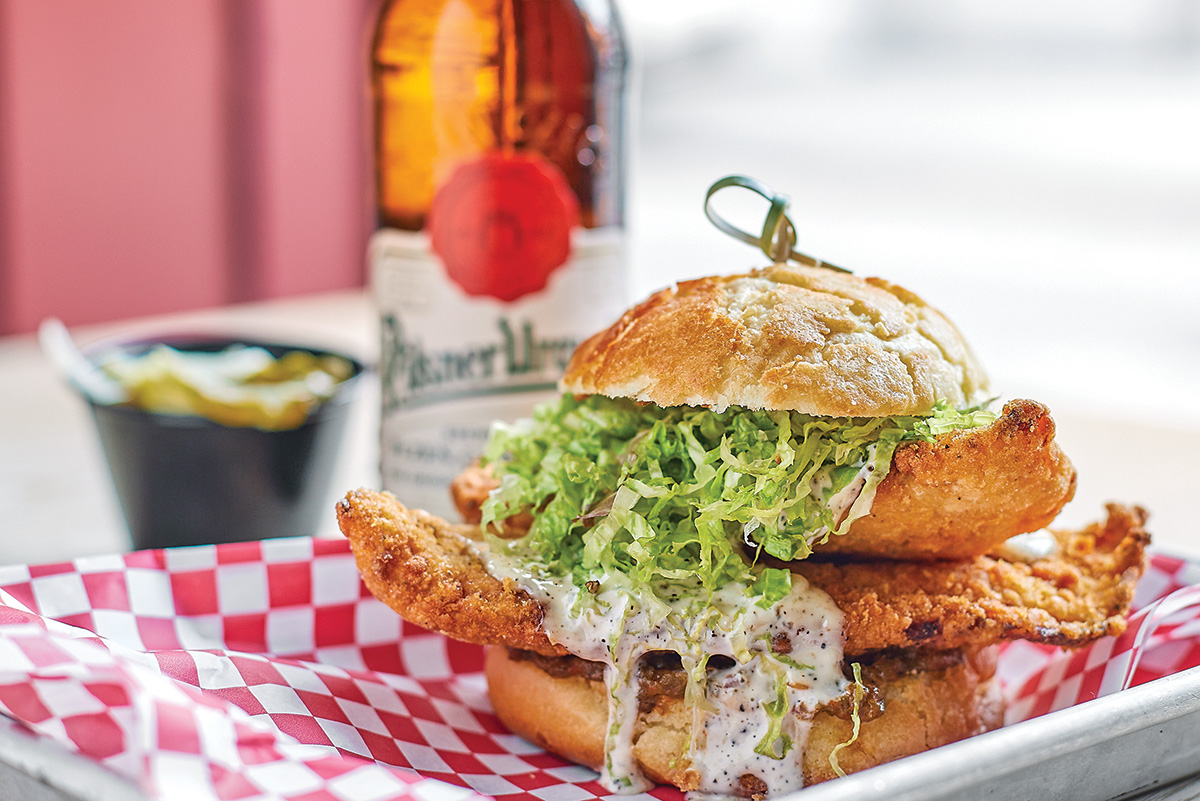 There are baby biscuit sandwiches ($8), served warmed with pimento cheese and shaved tasso ham, burnt at the edges. If you’ve tried north restaurant’s Virginia version — slightly sweet and almost dainty — then this is the Texas rendition: full of celebrated salt, fat and attitude. There’s also a pile of short rib pierogis with smoked sauerkraut that transform a Polish plate into Southern street food. Of course, sandwiches are the mainstay here, a plus as portable food gains status during restricted dining. Brisket is served in southern-style jardiniere strips with charred onions and jalapenos ($15) while pork hangs out on a crispy bun loaded with coleslaw ($12). But shockingly, one of the best mouthfuls isn’t meat at all. It’s a fried fish sandwich covered in charred poblano relish and Alabama white sauce ($14). Throw on some house pickles at your own discretion and you might be able to envision a pescatarian Texas. 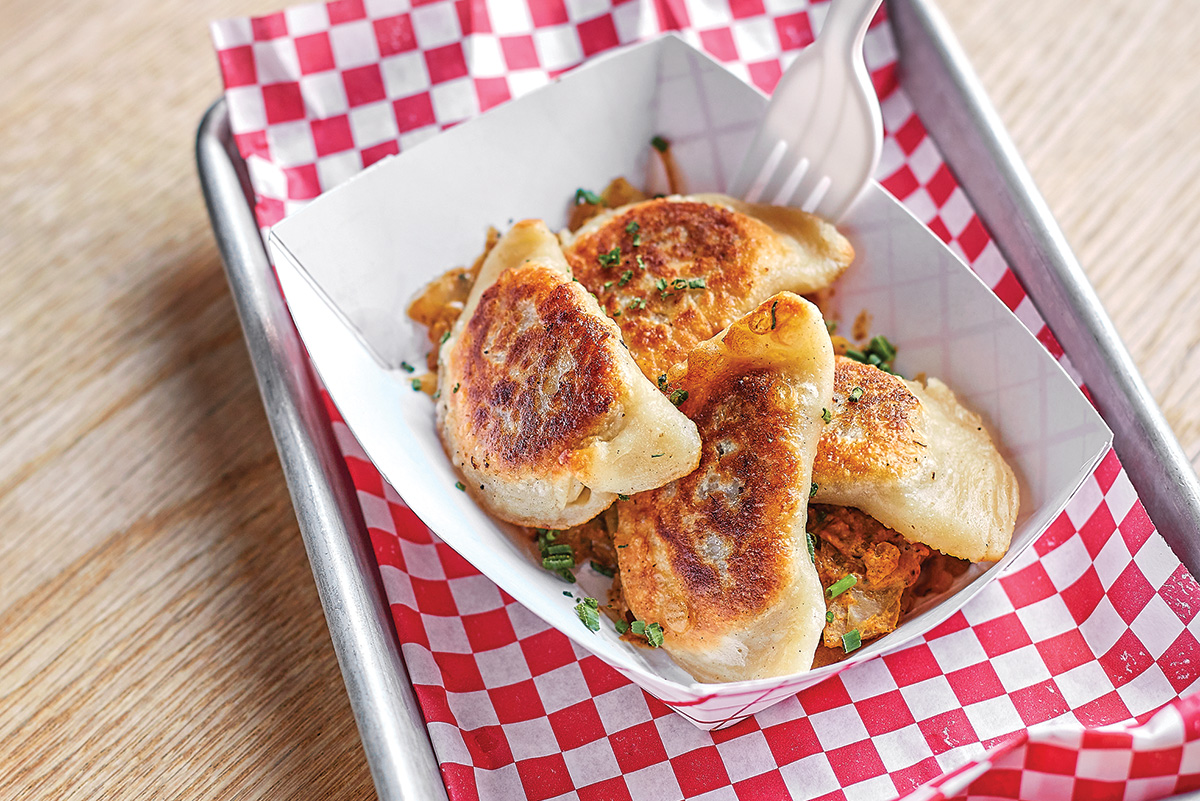 In truth, Durk’s has a deep love for vegetables that hovers behind its carnivore display. They pair roasted Brussels sprouts with mustard vinaigrette (and okay, bacon), cauliflower with smoked peanuts and Indian spices, and glazed sweet potatoes topped with leeks. Who knew there was room for any veggie other than corn at a backyard barbecue? It may sell itself as a whiskey hole and there’s plenty of that to go around. But despite its gritty demeanor, Durk’s is gentle under the surface and capable of far more than just burnt ends and liquor. 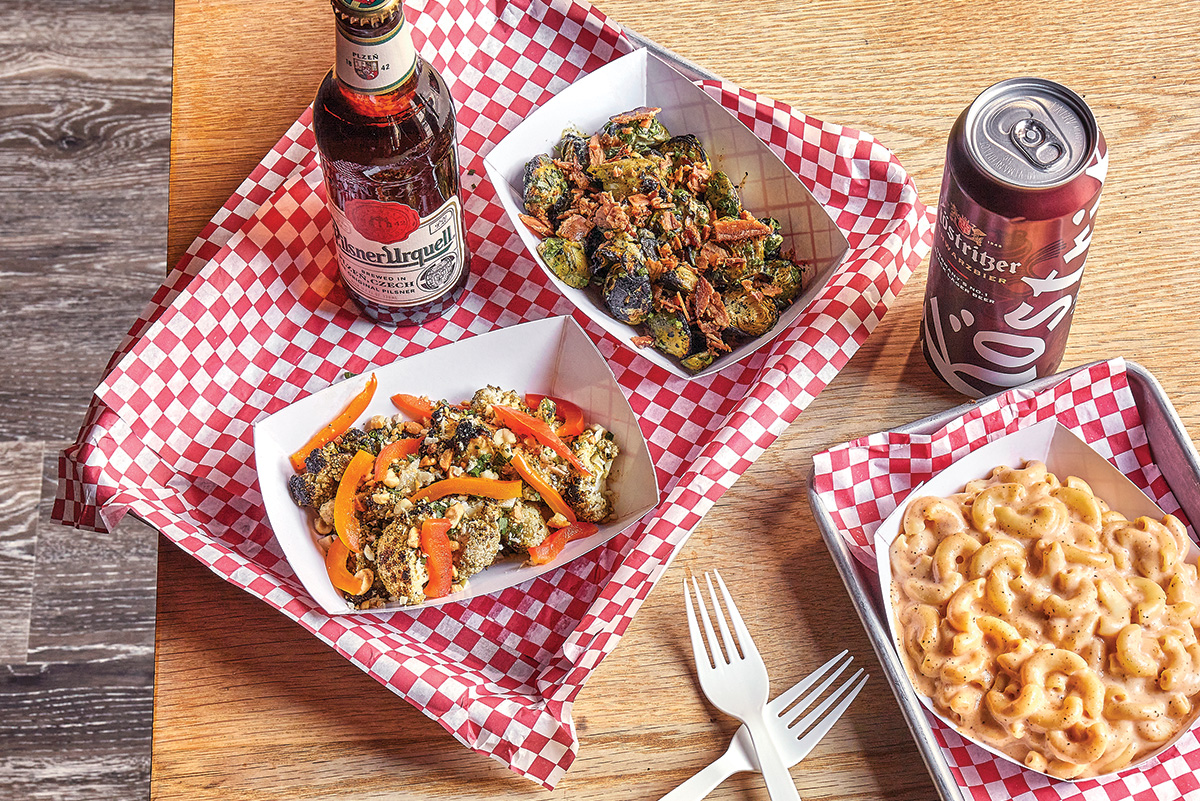 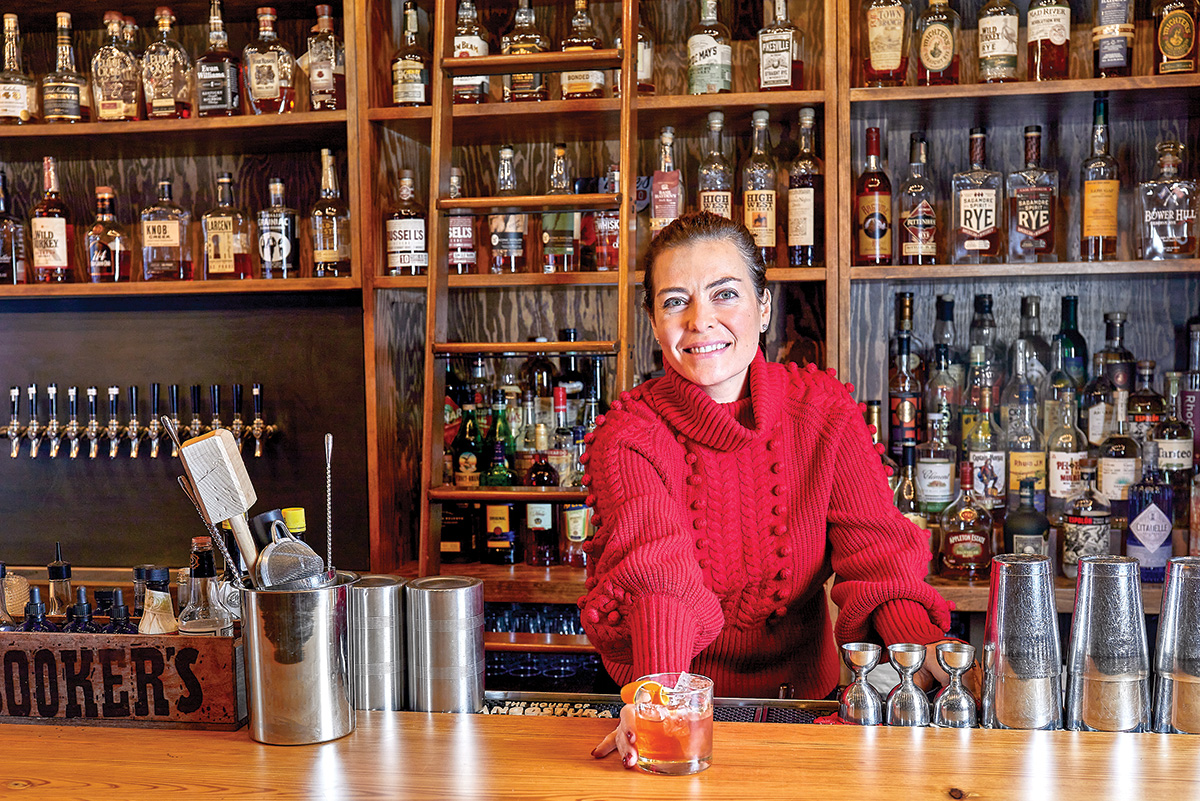