The Providence-based writer's new book tracks the rise and fall of one of the most significant magazines in American history. 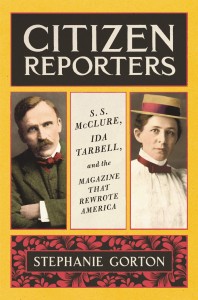 Citizen Reporters is published by the HarperCollins imprint, Ecco.

In the preface to Citizen Reporters: S.S. McClure, Ida Tarbell, and the Magazine That Rewrote America, author Stephanie Gorton includes a quote by Mark Twain: “History doesn’t repeat itself, but it often rhymes.”

Gorton’s compelling new book, which tracks the rise and fall of one of the most significant magazines in American history, is set in the Gilded Age. At the time, the country was plagued by income inequality. Corporations had little regard for their labor force. The president crucified journalists at every opportunity, and distrust in the media was sowed.

After the 2016 election, “Parallels that weren’t so perceptible before really seemed obvious,” says Gorton, who lives in Providence with her family and began working on the book in 2013. “It’s not at all why I got into it, but it did allow the word to get out about it.”

Instead, Gorton was drawn to the inner lives and public personas of journalists S.S. McClure and Ida Tarbell of McClure’s Magazine — an unlikely pairing that changed the country, and journalism, forever.

“I always had interest in the Gilded Age and kept finding their stories as sub-plots in other books,” says Gorton, who maintained a career in book publishing while she worked on Citizen Reporters. “I really wanted a book about just them.” 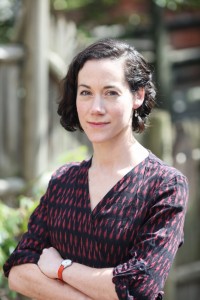 Through primary source materials, biographies and interviews, Gorton learned McClure was an Irish immigrant raised in destitution by a single mother; Ida Tarbell, whose family found financial security in the oil region of Pennsylvania, aspired to a life outside the home. McClure was frenetic and social; Tarbell “just wanted to be left to do her work,” says Gorton. “She had very timeless principles about how she went about it.”

The investigative reporter who took on the Rockefellers and Standard Oil originally planned to be a scientist and she applied the same principals of curiosity and objectivity to her journalism.

“She would always start out on a basis that there was something to be learned,” Gorton says.

McClure — who launched his namesake magazine in 1893 at the age of twenty-six — plucked Tarbell, his star writer, out of obscurity. “There are very few people with that true editorial genius that you can think of,” says Gorton.

But his passion gave way to volatility — particularly in the face of attacks from the president — which shattered staff confidence and led to a mass resignation. Financial troubles befell the magazine and, by 1911, the McClure’s as America knew it was over. It was rebranded as a women’s magazine, then folded for good in 1929.

Although their publication didn’t stand the test of time, Gorton says McClure and Tarbell inspired generations of writers, herself included.

“It was really affirming, I have to say. I reached a point where, working as an editor, you’re always deluged with work and reading and manuscripts,” she says. “You wonder, ‘What is even the function of a person who is in this line of work? Are these stories even going to make a difference?’ ”

But, more than 100 years after the fact, Ida Tarbell and S.S. McClure taught her just how much they can.

Attend a launch party for Citizen Reporters on February 21 at 6 p.m. at Symposium Books, 240 Westminster St., Providence. A reading is also scheduled for March 26 at Savoy Bookshop, 10 Canal St., Westerly. Pick up or order a copy at your local independent bookstore and all major bookselling platforms. stephaniegorton.com