Charlie and the Chocolate Factory Appears at PPAC

Meet the three boys who all play Charlie on different nights of the production’s tour. 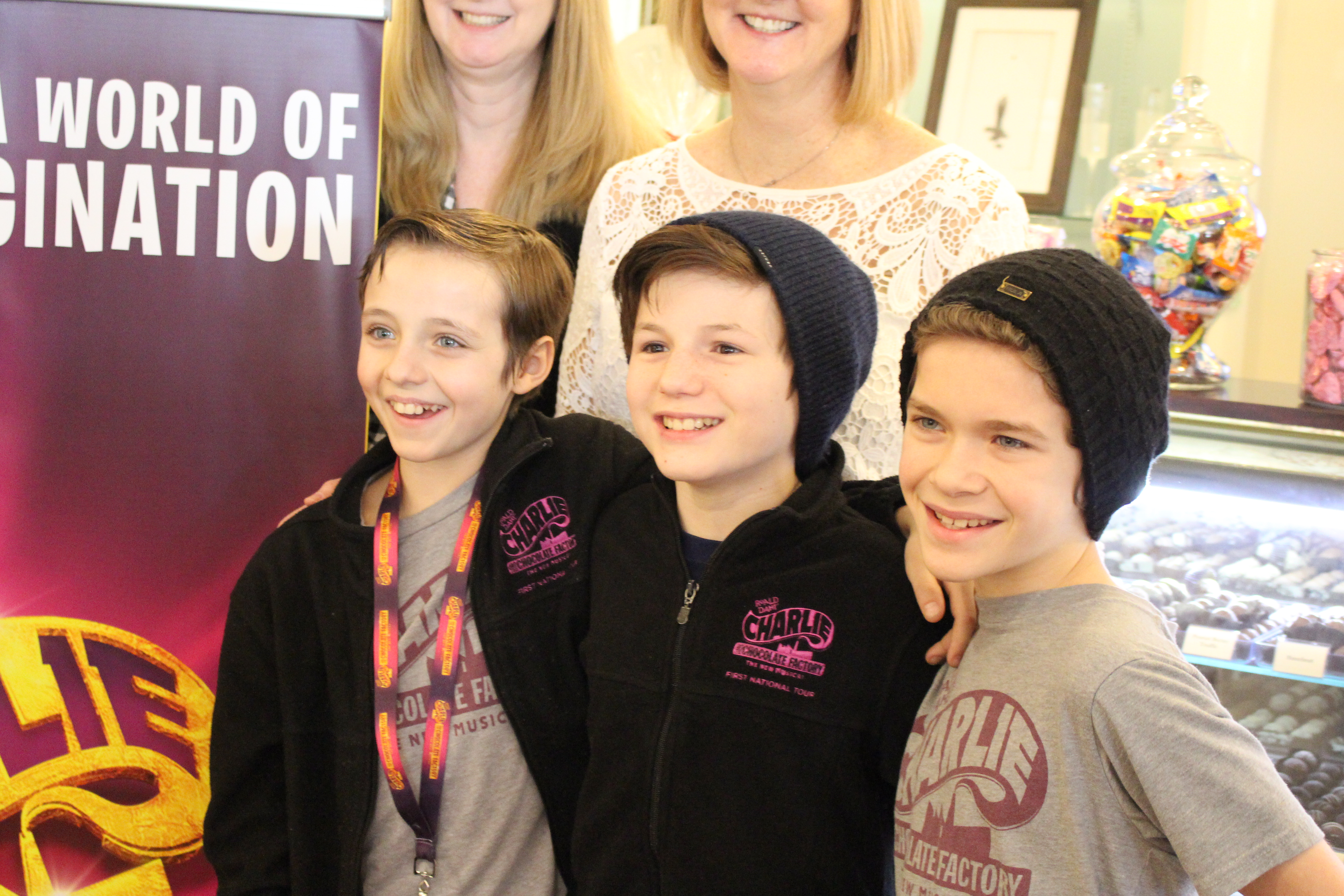 The three Charlies of Charlie and the Chocolate Factory.

The national tour of Charlie and the Chocolate Factory, a musical rendition of Roald Dahl’s children’s book, comes to Providence’s PPAC February 7 through 10. Adapted to the smaller stage and an audience of all ages, the play follows the same classic storyline: candyman Willy Wonka hides five golden tickets, giving children the chance to discover them and embark on a tour of his chocolate factory, complete with Oompa-Loompas and everlasting gobstoppers.

Although this is an updated version of the classic, the musical still honors Dahl’s dark humor and includes classic songs like “Pure Imagination” and “The Candy Man,” with a new score by the songwriters from Hairspray. “In ‘Golden Ticket,’ now we get to yell and scream,” says Colin Jeffery, one the young boys cast as the title character, Charlie Booker. “The whole show is more fun because they added all of these changes.”

Jeffery is no stranger to the stage — he previously toured with the international production of Kinky Boots. Henry Boshart, another Charlie stand-in, appeared in Fun Home’s national tour. Rueby Wood, the third Charlie understudy, has several credits on the Syracuse Stage and boasts that he has been singing since he was one-and-a-half years old.

The three boys all appear as Charlie on different nights of the production’s tour. Off-stage, the Charlies are good friends. “Before we were in Charlie, I saw both of them in auditions,” says Wood, gesturing to the others. In their free time, the boys are home-schooled and travel around the country with the rest of the cast. They have been to nine different cities so far.

By now the boys know their character well. “Charlie is a very kind person,” explains Boshart. “He loves his family and he always thinks of them first.” He described the other kids in the production – Augustus Gloop, Veruca Salt, Violet Beauregarde and Mike Taevee — as more indulgent. But the rest of the characters in this rendition of Charlie and the Chocolate Factory are portrayed by adults.

The three young boys recommend the show because of its important message: “you should always be kind and caring,” like their character Charlie. “And you should never give up on yourself,” says Jeffery.

Tickets start at $51, and are available for purchase online, by phone at 401-421-2787 or at the PPAC Box Office located at 220 Weybosset Street in downtown Providence.

The Duck and Bunny is Expanding for More Snuglife Shenanigans