Born to Run: An Exclusive Look at RI’s 2022 Governor’s Race

Who will be the next Governor of Rhode Island? 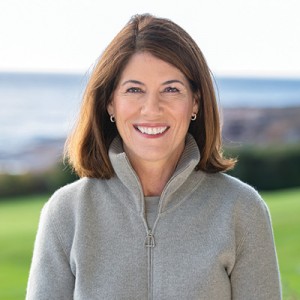 Rumored to be running, Helena Foulkes joined the crowded field in October. Her family story is that of so many other Rhode Islanders: Italian immigrant grandparents, a melding of Italian and Irish clans, geographic connections that span Federal Hill to Westerly. Her resume is several orders of magnitude glossier than most. She attended the Lincoln School and Harvard University, where she is currently president of the school’s Board of Overseers. Unlike McKee’s background in small business, Foulkes is a product of a career in big business: stints at Goldman Sachs, Tiffany and Co., and CVS. She joined the pharmacy retail giant in the early 1990s and left president of its retail division. At CVS, Foulkes was responsible for the removal of tobacco products from the chain. In 2018, she became CEO of the Hudson’s Bay Company. In March 2020, she left the post in the wake of a shareholder agreement that made the company private.

“I hope people will see I’m a lifelong Rhode Islander, a mom of four kids, I’m a cancer survivor and I’m a CEO who worked her way up in a big important Rhode Island company,” she says.

Foulkes, fifty-seven, has never held elected office, but her maternal grandfather was Senator Thomas J. Dodd, and her uncle is former Connecticut Senator Christopher J. Dodd. Nonetheless, she says, the leadership style responsible for her business success is compatible with politics.

“I grew up in an enormous organization where a leader did not sit in a corner office and dictate things. A leader really knew how to pull lots of people together, and hear different voices, and make things happen,” she says. “I’m a really good listener. I do know how to break down barriers and I know the only way you get things done is through a team.”

Lives In: Narragansett
Did You Know? Foulkes once landed on Fortune’s list of Most Powerful Women in Business and Fast Company’s Most Creative People in Business. 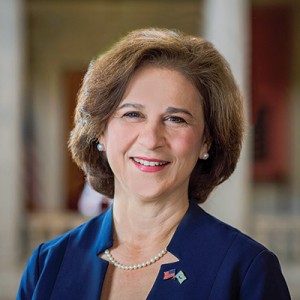 Nellie Gorbea is hoping the voters will give her a promotion after two terms as secretary of state. Born and raised in Puerto Rico, educated at Princeton and Columbia, Gorbea, fifty-four, has worked in a wide variety of community development positions since her move to Rhode Island in 1992, among them: Brown’s deputy Secretary of State from 2002 to 2006, an economic and community development program officer for the Rhode Island Foundation, and executive director of Housing Works Rhode Island, an information clearinghouse and advocacy organization.

Her pitch is competence: “I’m the only one of the people being discussed who has truly delivered change in a statewide office. Everybody in this race on the Democratic side is going to have great ideas,” she says. “But great ideas go to die in a bureaucracy that hasn’t been transformed. You need someone who’s ready to roll up their sleeves and say how are we delivering government and how can we change it.”

She points to her performance as secretary of state: managing $9 million in federal funds to invest in new voting machines and electronic poll books, re-building the state’s election management database, and upgrading election cybersecurity, which produced a secure 2020 election. She also shepherded a dozen bills that, for example, overhauled the state’s lobbying system and created automated voter registration.

Gorbea was also part of a group of Latino activists who began developing the community’s political power, through the Rhode Island Latino Political Action Committee and the Rhode Island Latino Civic Fund, about a decade ago. In 2015, she became the first Latina to win statewide office in New England. She says that her ethnicity is of a piece with the state’s immigrant history. At the same time, it has shaped her approach to leadership.

“I have a real commitment to inclusion,” Gorbea says. “I have been the only one in many rooms, or the first one in the room, so I’m always looking around to be more inclusive. Our best public policy solutions come when we have a diversity of opinions, perspectives and backgrounds around the table.”

Lives In: North Kingstown
Did You Know? Gorbea was political rival Matt Brown’s onetime director of administration when he was secretary of state.