The Providence outpost of the longstanding Newport restaurant serves margaritas, crack fries, churros and a much-craved sense of revelry.

Like its original Newport location, Diego’s comes to life in the evening and, against the backdrop of a dark sky and a dark ceiling, it presents itself in inflated technicolor. The Wayland Square spot is designed entirely around its sunken center bar that serves as an altar to the agave plant. Tequila rules in both sweet form — half a dozen fruits plus vanilla — or spicy in varying degrees of pain. But the bar caters to all types including the Miller High Life crowd as well as sangria drinkers who can sip wine out of a goblet squat enough to resemble a scorpion bowl. 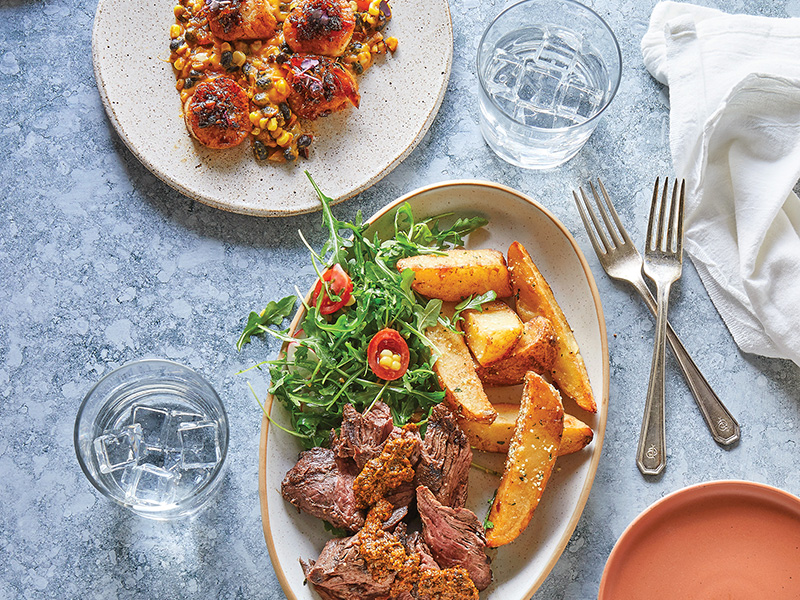 The bar is bordered by a collection of slender Corinthian columns and a perimeter of tables and a panoply of trippy colors. Woven lights that vaguely resemble aqua jellyfish undulate from the ceiling while mustard walls stare straight ahead. But it’s the Sean Mattio/Katie Fogel wallcoverings that steal the show. Shifting from gape-eyed skulls to tiles covered in retro comic books and a psychedelic wallpaper of forbidden fruit, it’s easy to feel as if you’re three drinks deep and things are starting to spin into celebration. One of the best things about this new incarnation of Diego’s is that it reminds people — even the sober ones — of life without social distancing and assures us that a party of one can still craft a night to remember. It’s not unusual to see staff snapping photos of people dining, a remembrance of mood more than any actual event. Throw in some lucha libre masks, a hefty dose of Joan Jett, a dash of harder punk and you’ve got a full-on salted-rim rebellion from six feet away.

The menu is very obviously in on the coup as well. There are a handful of traditional dishes — enchiladas, the occasional quesadilla and a miniature version of nachos — but that’s not really what Diego’s is about. The kitchen’s identity is wrapped up in re-interpretation that necessitates letting go of the status-quo burrito. Plates are every bit as artful as the space itself, an explosion of color in the composed food and the dishes that parade out in hues of amber, canary yellow and subdued gray. (If they opened a housewares store behind the bar, inventory would be depleted in a night.)

Thick rounds of eggplant are deep-fried and served with truffled pico de gallo ($12), a dish that feels almost as Italian as it does Mexican. Not surprisingly, chiles are the grounding ingredient and, as eclectic as the menu is — fried chicken, shrimp and grits, quinoa salad — it’s the poblanos, chipotles and aji amarillo that define Diego’s culinary palate. This is the singular path that reads as traditional rather than simply an American reading of Mexican food: Everything is bright and herbaceously nuanced rather than drowned in dairy. Vegetables play a large role here and even a collection of roasted carrots eats like Carnival, sprinkled with cubes of rainbow root vegetables, quinoa and a parsnip-celery root puree.

The fried chicken with adobo glaze and corn souffle ($24) might be the most entertaining option but the go-to is a Mexican steak frites ($30), covered in chermoula and served with arugula. It pulls from both European and South American perspectives but it showcases modern Mexican in a way that translates not just taste but energy. That’s always been true about Diego’s: It presents like a bar and it acts like a bar, but it insistently takes part in the evolving dialogue of the Mexican-American narrative. 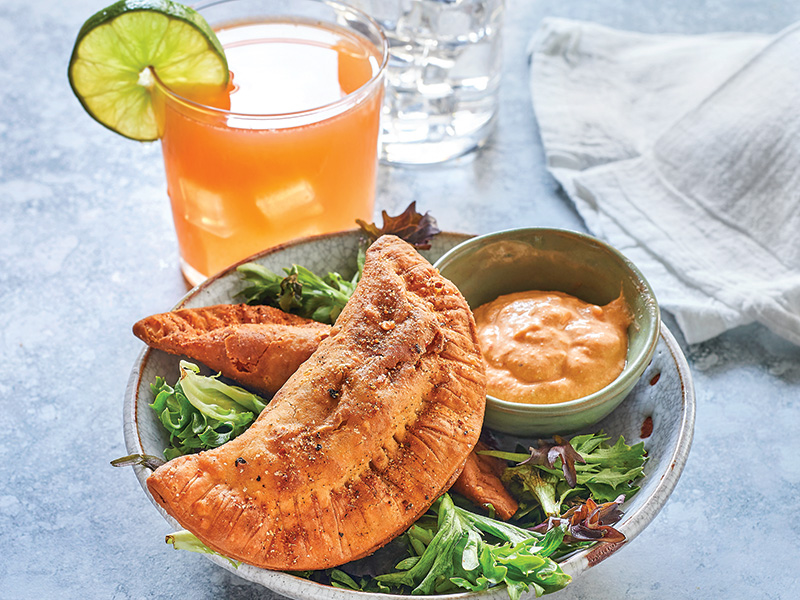 You can still find the familiar lexicon in bowls of salsa, notably the smoked pineapple, which is rife with the charred sweetness of the days we sidled up to the bar with strangers. The wonder of Diego’s is that it suggests we’re not too far from getting back to a time that not only permits proximity but thrives on it. The tables might still stare silently at each other from across the room but there’s a slow rumble in the belly of this beast and it promises — at some point — a no-holds-barred night out.

192 Wayland Ave., Providence, 865-6222, diegosprovidence.com.
Must Get Tequila, crack fries, crispy eggplant, steak frites. Whether you get churros or another margarita is up to you. Indoor dining, takeout and delivery available at press time; call for details.