We caught up with the singer/songwriter to learn more about his upbringing, his time on the show and what it was like to return to Little Rhody after years away. 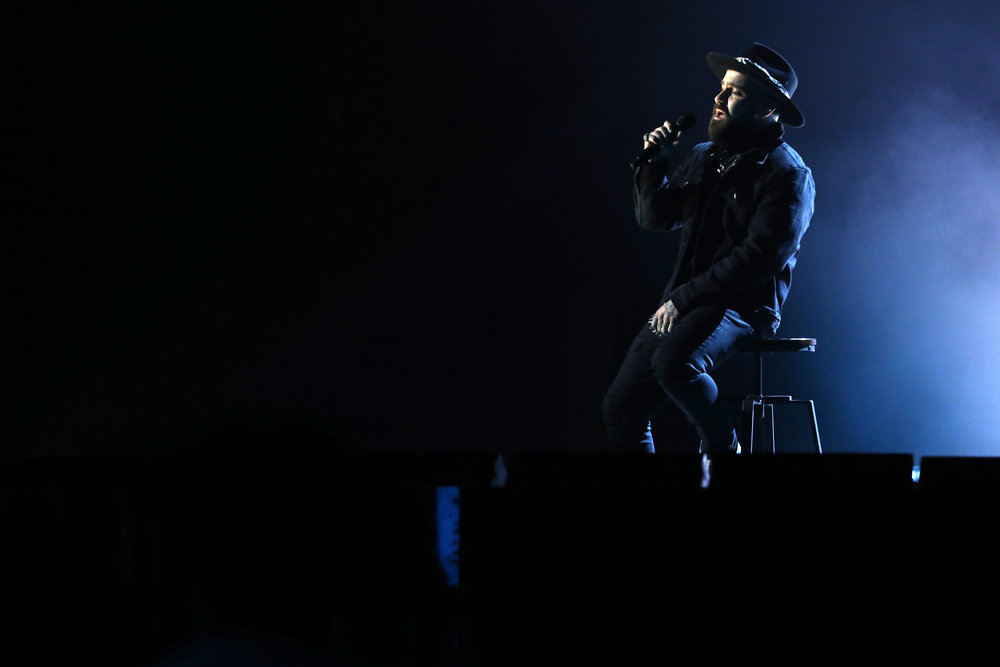 The show, which is the States’ answer to the overseas hit “Eurovision,” presents a musical artist for each U.S. state (plus Washington D.C. and Puerto Rico), asks them to perform an original song and then leaves it up to the audience to decide which state will earn the top prize. Hueston, who spent his formative years in North Kingstown, is Rhode Island’s pick. Though his recorded introduction package shows picturesque glimpses of the East Bay, he goes on to describe a Christmas without food and old friends who never got to grow old. Yet even so, Hueston has nothing but love for the Ocean State, closing with, “People here are very resilient. It’s a really small, tight-knit community. I’m really, really happy to be representing the great people of Rhode Island, and the culture that’s here, and I’m humbled to be able to do it.”

And Rhode Islanders are just as proud to have him, especially when his stripped down, soulful performance of his single, “Held On Too Long” earned him a spot in the semi-finals. We caught up with Hueston to learn more about his upbringing, his time on the show and what it was like to return to Little Rhody after years away. 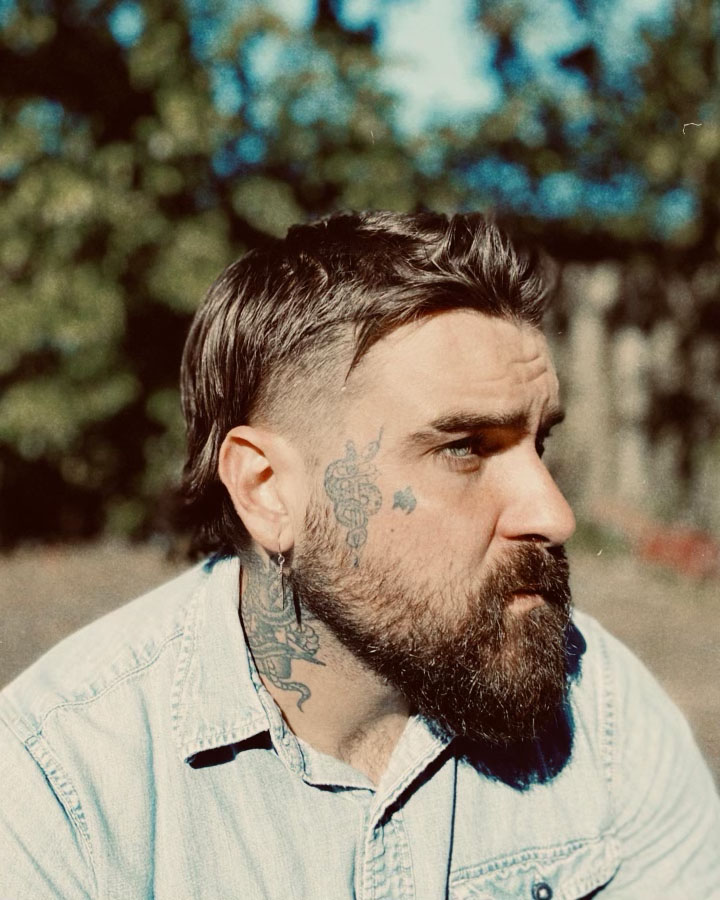 What is one of your favorite memories growing up in Rhode Island?

I love the whole state, to be honest. I grew up in North Kingstown but hung out in the other towns a lot when I was younger. You know, just being a little troublemaker. But I did always love going to Exeter. Driving through the Exeter woods with my mom as a kid was a nice little getaway from the town vibe that I was in. Every time I go back, I take a drive through Exeter.

How did you get into music?

My mom was actually in band before I was born. She’s always been a big musical person—always singing around the house. But I didn’t get into music myself until we moved to Florida when I was seven or eight years old. We lived in suburbia for about a year, but then my mom couldn’t afford it, and we ended up moving to a rougher part of the state where I ended up living until I was eighteen. It was a real rough part—I would get jumped going home from school. Music became almost my relief, my escape. I had a guitar and I would come home from school and teach myself how to play. It felt good to just kind of get away and I immediately knew it was my thing.

I ended up playing in a bunch of different bands, everything from punk bands to ska bands to metal bands. Then I was in this one band and the singer quit right before a show. I knew all the songs and I was like, “Alright, I can either lose the couple hundred bucks I was gonna make, or I can just sing the songs for the night until we find a new singer.” So, I went out there and I sang the songs, and everybody was like, “Wow, that was pretty good. You can actually sing!” That’s when I decided, “Okay, I guess I’m a singer.”

When did you go solo?

2019 is when I started to go solo, but I didn’t really release too much. I sprinkled things out there, but I kind of took my time just trying to develop and figure out what this Hueston thing is as best as I could. 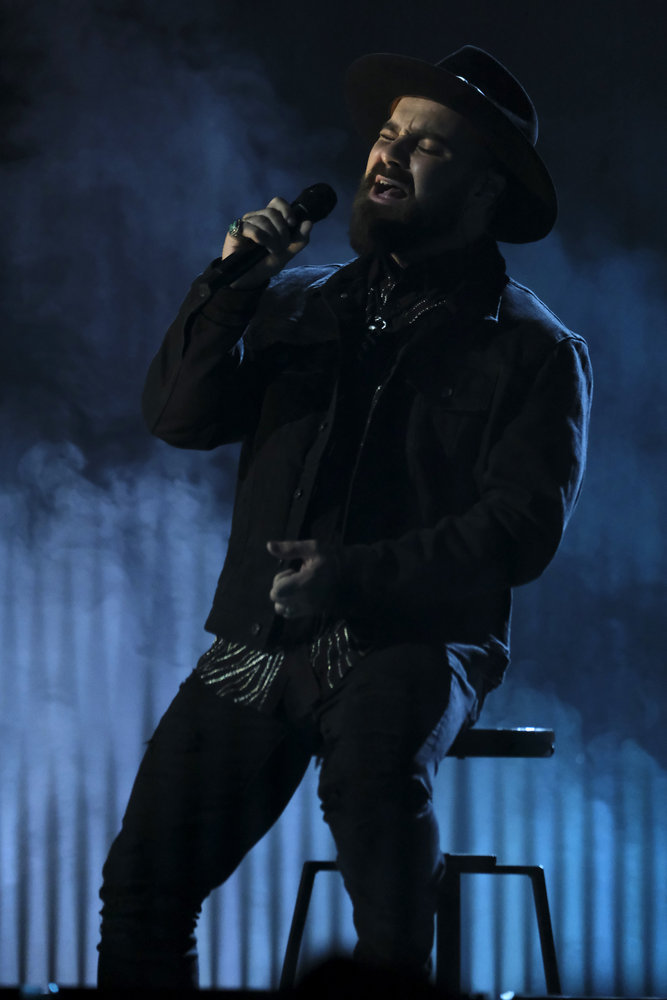 Tell us about the audition process for “American Song Contest.” How did that come about?

So, I actually didn’t audition. Someone had reached out about “the Voice” a few times and I was like, “You know, I don’t think it’s really my thing. I’m an original artist, I don’t really want to be doing the whole cover song vibe.” But in that conversation, this was probably around 2019, I said, “If you ever have something that’s about original stuff, feel free to hit me up.” A couple years later, the same person emailed and said they had this show that was pretty much the American version of “Eurovision.” I checked “Eurovison” out and I loved it. I said, “Oh awesome, I’ll definitely do this one.” Then he was like, “Great, now just submit a song.” And it’s funny because I had a bunch of music I was sitting on, but for some reason I just immediately thought of “Held On Too Long.” I actually wrote it like three years ago. I was in the studio, and I was going through my songs and I would play that one and I thought, “You know what? I have a feeling that no one else is doing this.” I just had this weird sixth sense. I’m glad I chose it!

We’re glad you did, too! On the show, you said you wanted your performance to feel like the intimacy of playing in a Rhode Island dive bar, which is something you ended up doing while filming your introduction package (shout out to the Narragansett Café in Jamestown!). What was it like coming back?

Yeah, that was super cool. I hadn’t been to Rhode Island in probably five or six years. You know, me and my pops, we always had a kind of rocky relationship, but we are in a really good place now, so it was nice to hang out with him. It was honestly very healing, too. He’s in a good spot, I’m in a good spot… It was just a cool, very spiritual vibe. And it was good to see all the kids that I grew up with—all my boys who are still out there. It brought me back. That’s why that package is so real and honest with the message, because that’s really what I was feeling being there. 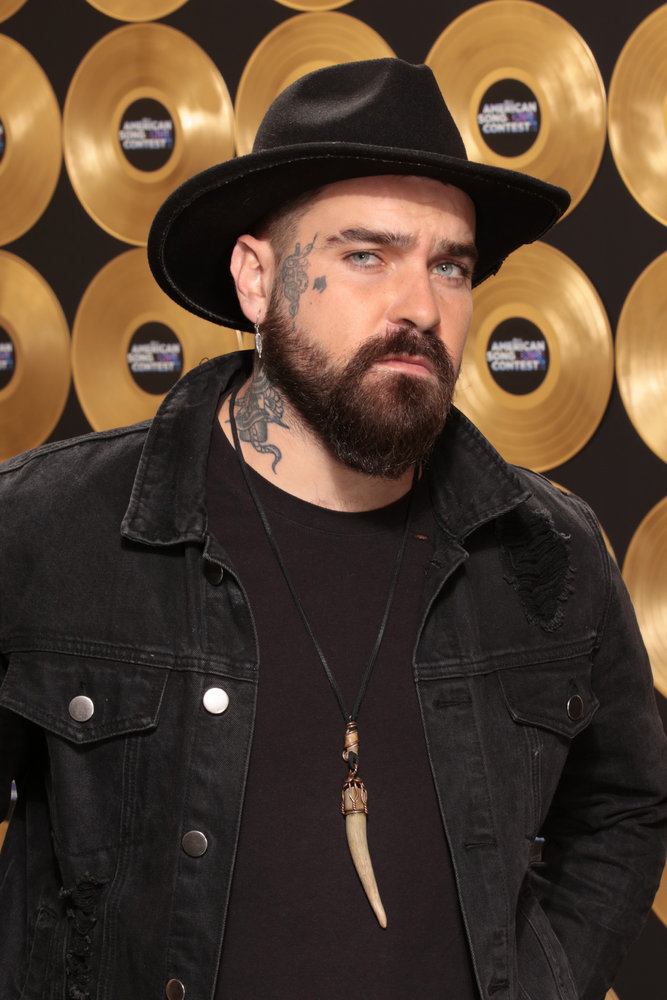 What was it like to hear that you had been voted straight through to the semi-finals?

Honestly, I did not think that was going to happen! I had the least amount of followers out of anybody on the show. Or, I did—I don’t know about now, I have no idea. The Hueston thing hadn’t really taken off—I hadn’t  released a lot of music. So this was the perfect opportunity to launch this solo career. I was just thinking to myself, “Hey, this will be a cool little jumpstart for me to get eyes back on me and yada yada yada.” But I was not expecting to win. You’re going up against these people who have a million TikTok followers…

Or, right, a legend! So, I thought, “Yeah, this is a fun trip. Thanks for the little boost!” And then I was thinking I was just going to go back to the bar with buddies I met on the show to drink and hang out, but then… Well, Snoop said, “Rhode Island” and Kelly said, “Hueston,” at the same time. I didn’t even know what they said. Then everybody started talking to me and I was just like, “What the? Oh, I guess they called my name!” It was pretty cool.

So, when do we see you next?

To be honest, I don’t have any idea which episodes I’m going to be on. They just tell me to show up and I do. But when I do show up, please vote for me!

Oh absolutely. Rhode Island’s got your back!

Oh wow, I appreciate that, thank you!