The historic property in Lincoln found new life as a private home with a little help from Preserve Rhode Island. 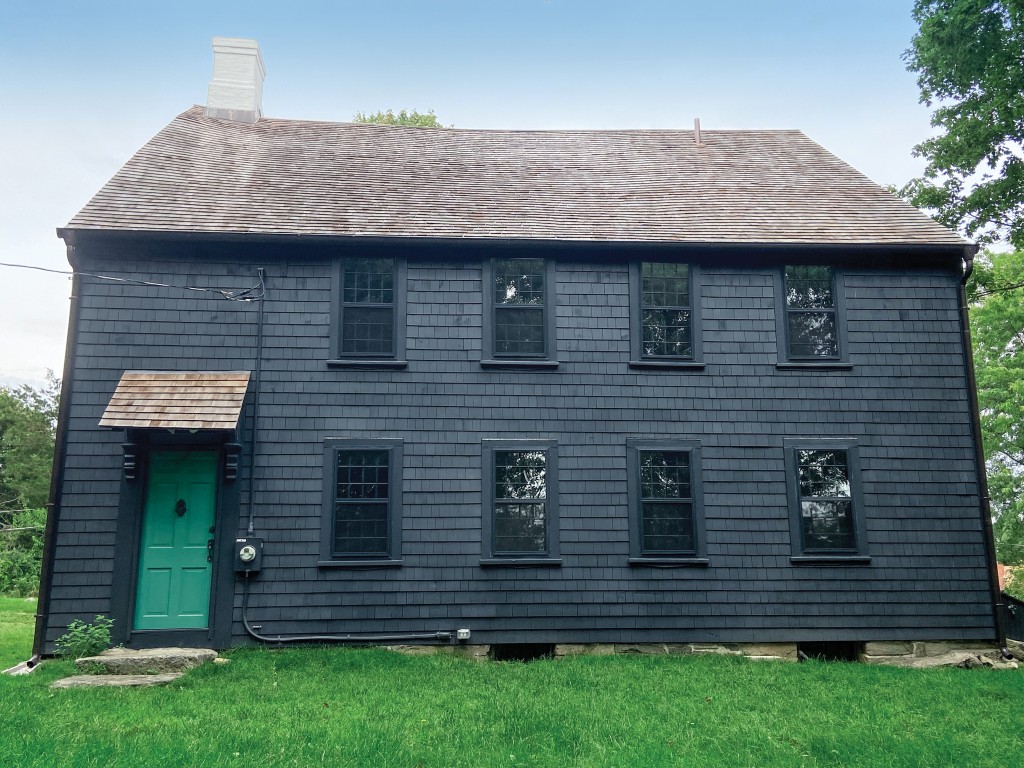 Built in 1696, the Valentine Whitman Jr. House has traveled a circuitous route over the years: from family homestead to apartment dwellings to a house museum, and now — after an extensive $600,000 renovation project — back into a private home once again. 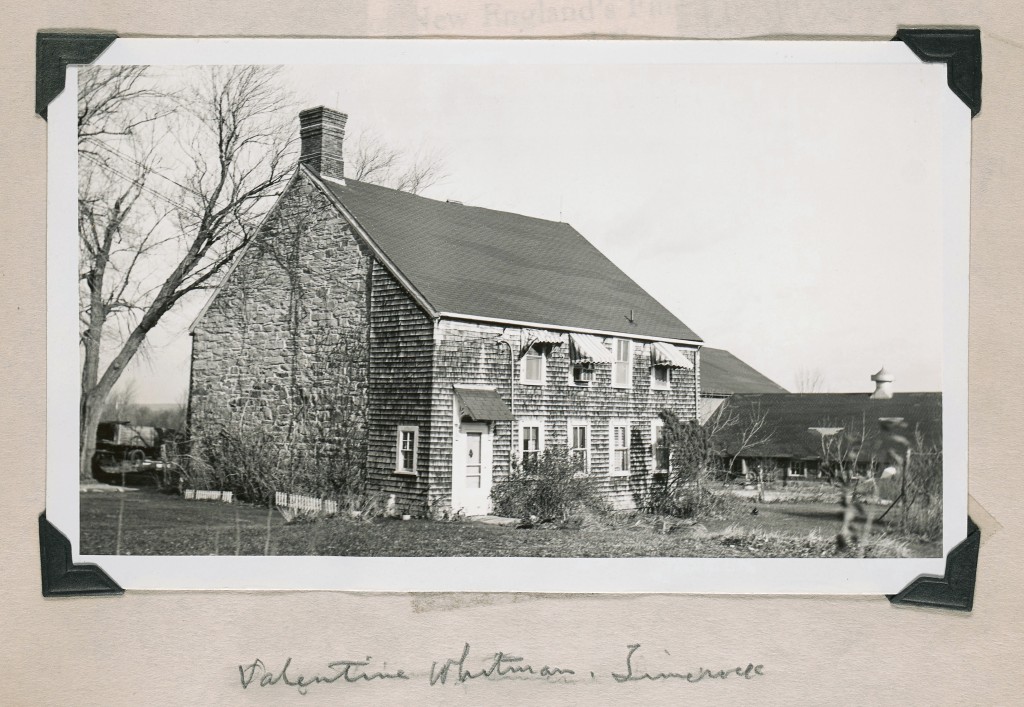 One of the state’s oldest dwellings, the home on Great Road in Lincoln is a “crown jewel” example of a stone ender, a building style brought over by English Colonists in which one side of the building is made entirely of stone. The style is found almost exclusively in Rhode Island, and only fourteen such structures remain.

Despite its history and architectural status, in recent years the house was bleeding money. Since 1991, a dedicated group of volunteers had preserved it as a house museum, but the repairs were varied and expensive and the visitors few. The town didn’t have the financial resources to rehab it, and after looking at various options, transferred ownership to Preserve Rhode Island in July 2021.

The plan was to completely restore the 2,448-square-foot house and sell it as a private home.

“Selling this important house, with an easement attached, will ensure that a family who appreciates the historic value of this home will love and protect it for generations to come,” says Valerie Talmage, executive director of Preserve Rhode Island. “It will also allow Preserve Rhode Island to recoup our investment so we can take on more projects like this in the future.”

Preserve Rhode Island is a nonprofit organization that protects historic places through advocacy and preservation programs. It runs the Lippitt House Museum on Providence’s East Side and restores at-risk historic buildings through its revolving fund program. 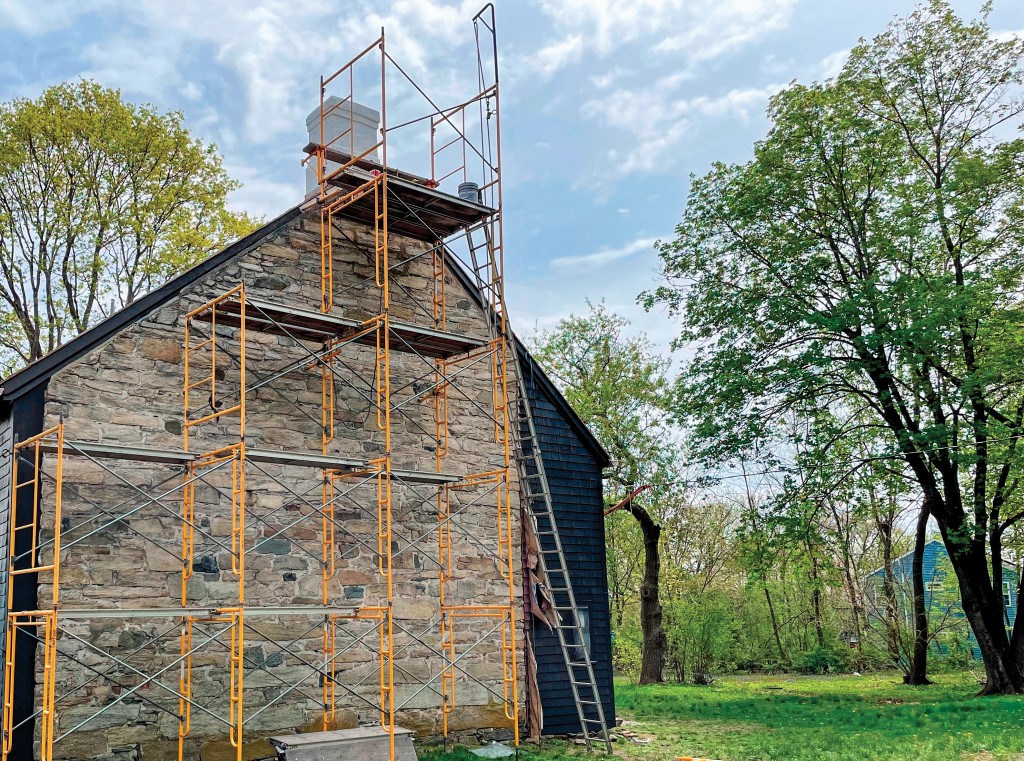 The stone-end side of the structure during the rehab. Photography by Dana Laverty. 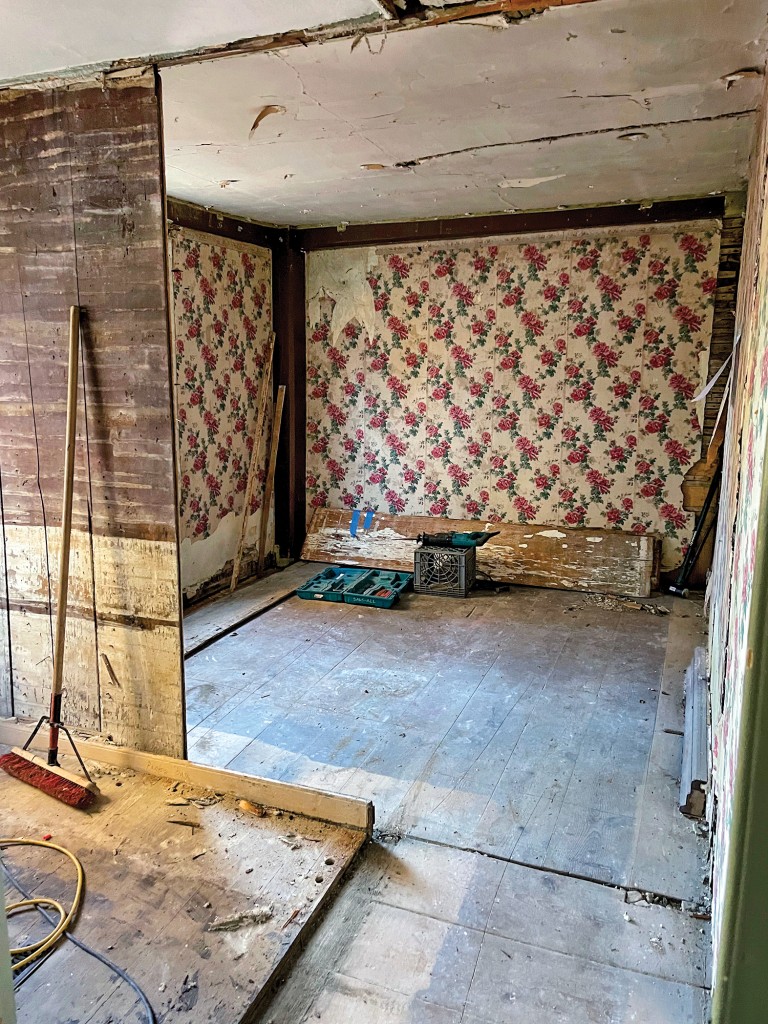 The kitchen prior to renovation. Courtesy of Preserve Rhode Island.

The house was in a “horrendous” state when Preserve Rhode Island acquired it — it needed a “soup-to-nuts, basement-to-roof” restoration, Talmage says.

Paul Trudeau, program and property manager for Preserve Rhode Island, analyzed what the house needed. The list was lengthy.

It was uninhabitable: There was no heat and no working kitchen, and much-needed repairs had been put off due to lack of funds. The cedar roof was on its last legs — it hadn’t yet leaked but would cost at least $50,000-$60,000 to replace. That was the first priority.

The home also needed new plumbing, HVAC and electrical systems. Plus, the storm windows weren’t in great shape and the doors weren’t weather-stripped.

There was also the problem of how to link the home together cohesively. The post and beam house was originally built for the only son of one of the state’s first Colonists, but was converted into three apartments in the 1820s, and further renovated in the 1950s. (It was saved from almost-certain demolition in 1991, when the town purchased it and turned it into a house museum.) 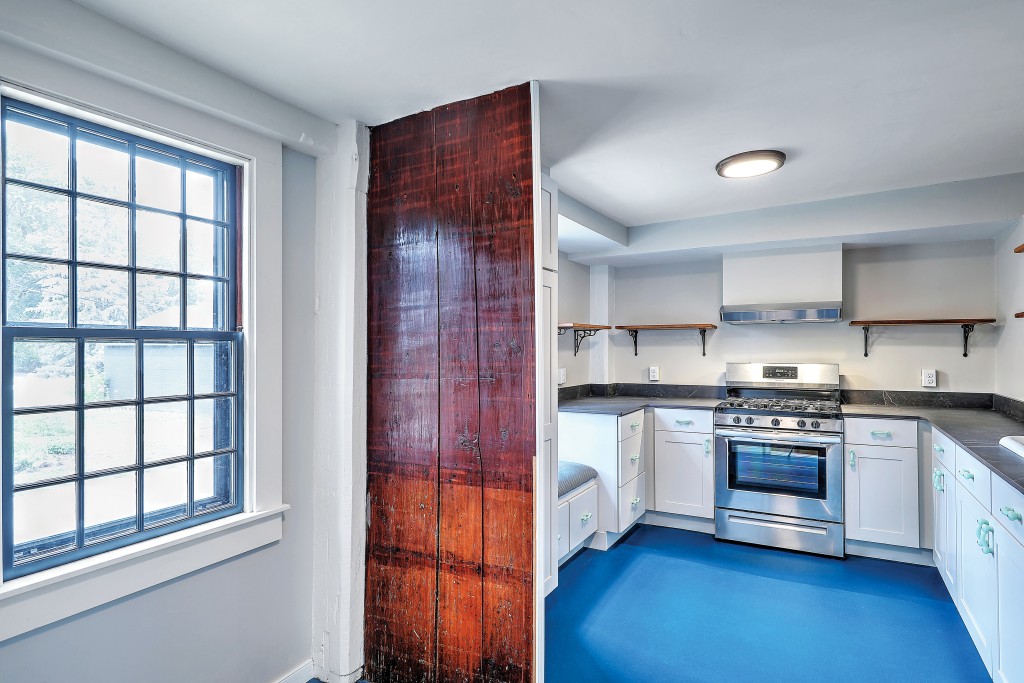 There were some bright points: The home had only undergone two renovations throughout the centuries and was filled with beautiful wood floors, high ceilings, large rooms and impressive carpentry details.

And the foundation was solid.

Most of the structure was in pretty good shape for its age. The team wanted to retain as many of the home’s special features and architectural details as possible.

“We really kept every historical detail that we could,” says Talmage.

The beautiful post and beam woodwork is prominent throughout the home — it was all done by hand masterfully in 1696. Workers refinished the original wide-plank wood floors, repaired the plaster walls and kept the tin ceilings. 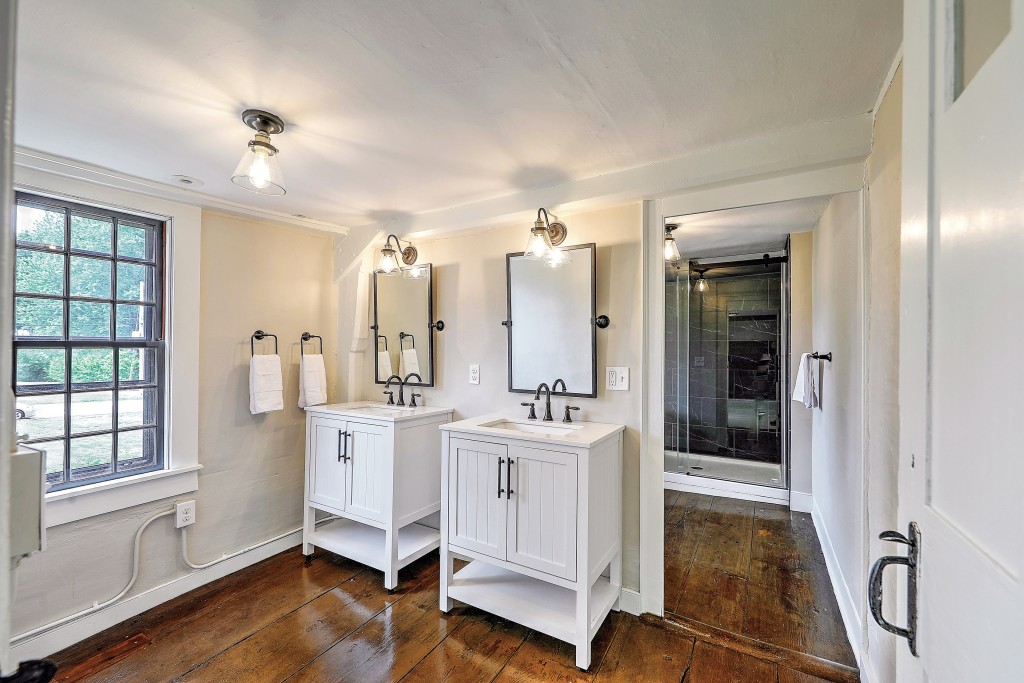 “Stitching the seventeenth century and an early eighteenth century remodel with modern technology and amenities requires creativity and flexibility, but with Preserve RI’s partnership, we believe we struck the right balance,” says Rob Cagnetta, president of Heritage Restoration.

They connected the building to town water and sewer and removed asbestos from one room. They hauled a clawfoot tub from another room and placed it in the master bath, along with a walk-in shower and his-and-hers sinks and added a washer and dryer.

On the first floor, they kept parts of the original seventeenth century walls in the bathroom and kitchen, now burnished to a warm cherry glow. A large sink was brought down from the second floor to the kitchen, about the only thing vintage in the bright, contemporary space that features state-of-the-art appliances, a window seat, a bright-blue Marmoleum floor and fanciful milky green drawer pulls.

The home also has new electrical, HVAC and plumbing systems. 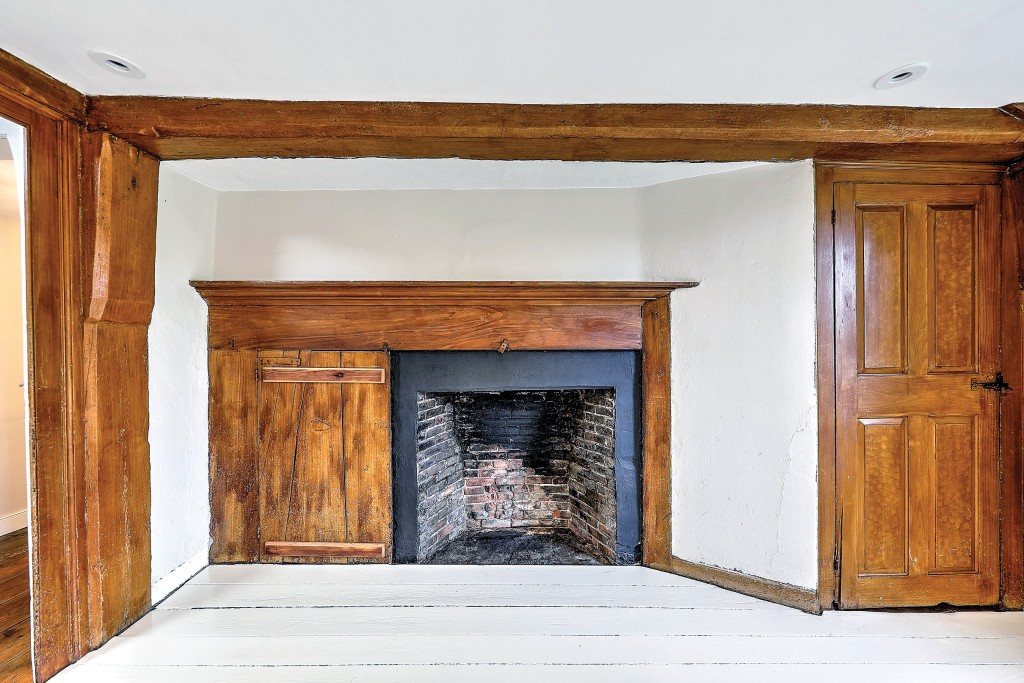 One of the home’s former kitchen areas. Courtesy of Chris Whirlow/Residential Properties.

The team finished the work in August 2022. Shortly after, they listed the three-bed, two-and-a-half bath home with Residential Properties for $539,000. 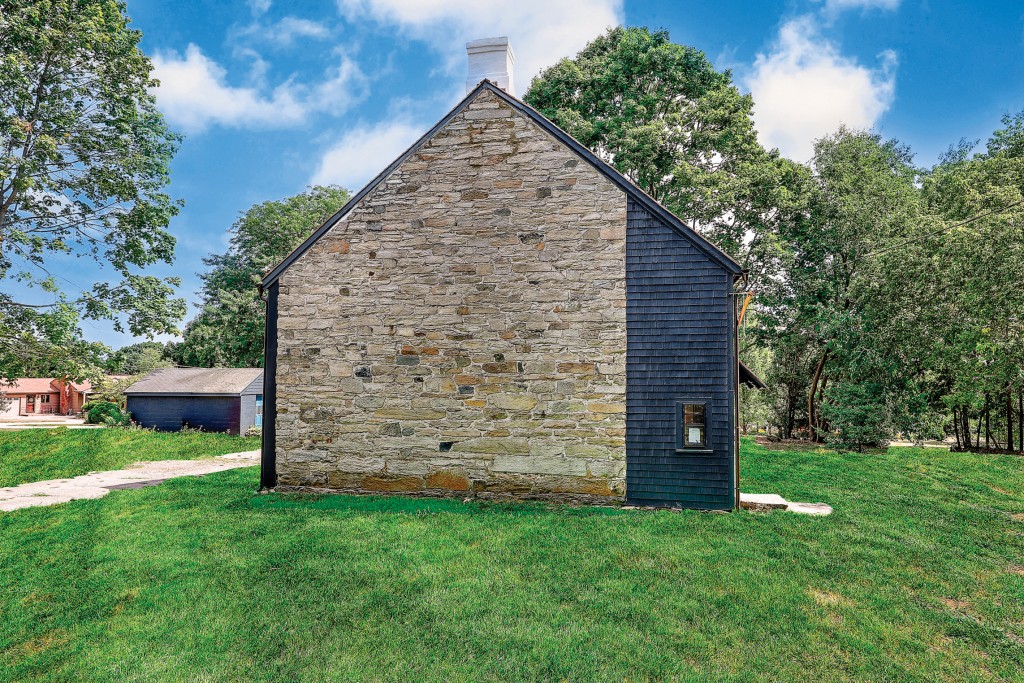 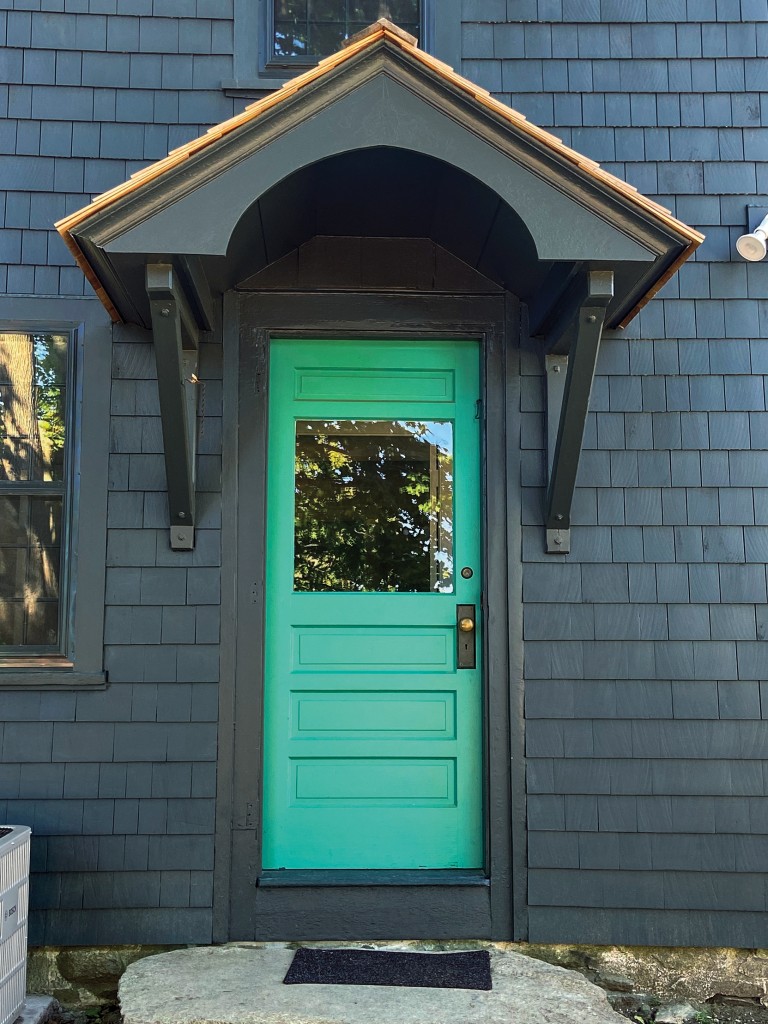 Along with the modern-day comfort and historic charm, the home comes with a comprehensive historic easement.

The new owners can live in and enjoy the home and Preserve Rhode Island staff will be on hand for any building issues. But any changes must be approved by the nonprofit, which has the right to come in and inspect the building to make sure the home’s historical character is being maintained.

The building must also be accessible for educational purposes, whether for a community day or a visit from architectural historians. In that way, it can still function as a teaching tool for the community, much as it did during its days as a house museum.

Talmage hopes that all the work and planning put into the structure will ensure its survival for future generations.

“The building is more than 300 years old,” she says. “We really wanted to do the work to put it on the pathway for the next 300 years.”

Preserve Rhode Island hopes to fund future rehabilitation projects through the sale of the building. As of early October, a sale on the home was pending. 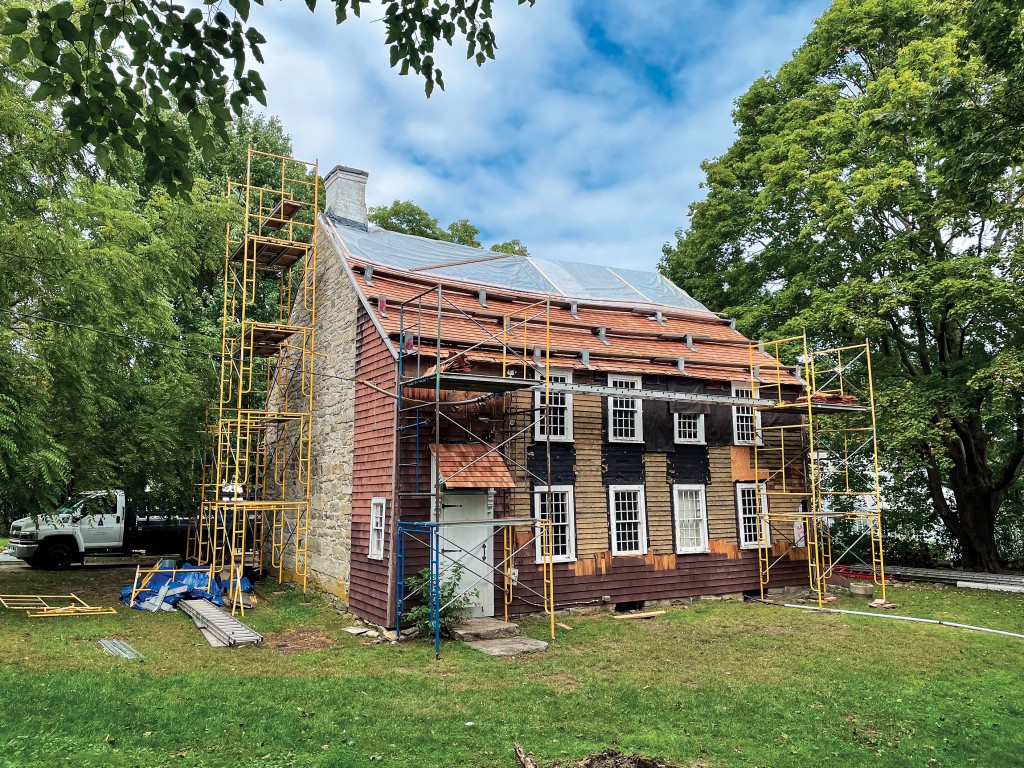 The house received a new red cedar shake roof and new cedar shingles during the project. (They were able to reuse some of the original shingles.) Courtesy of Preserve Rhode Island.