The beloved local holiday tradition is back with live performances at the Chace Theater now until January 1, 2023. 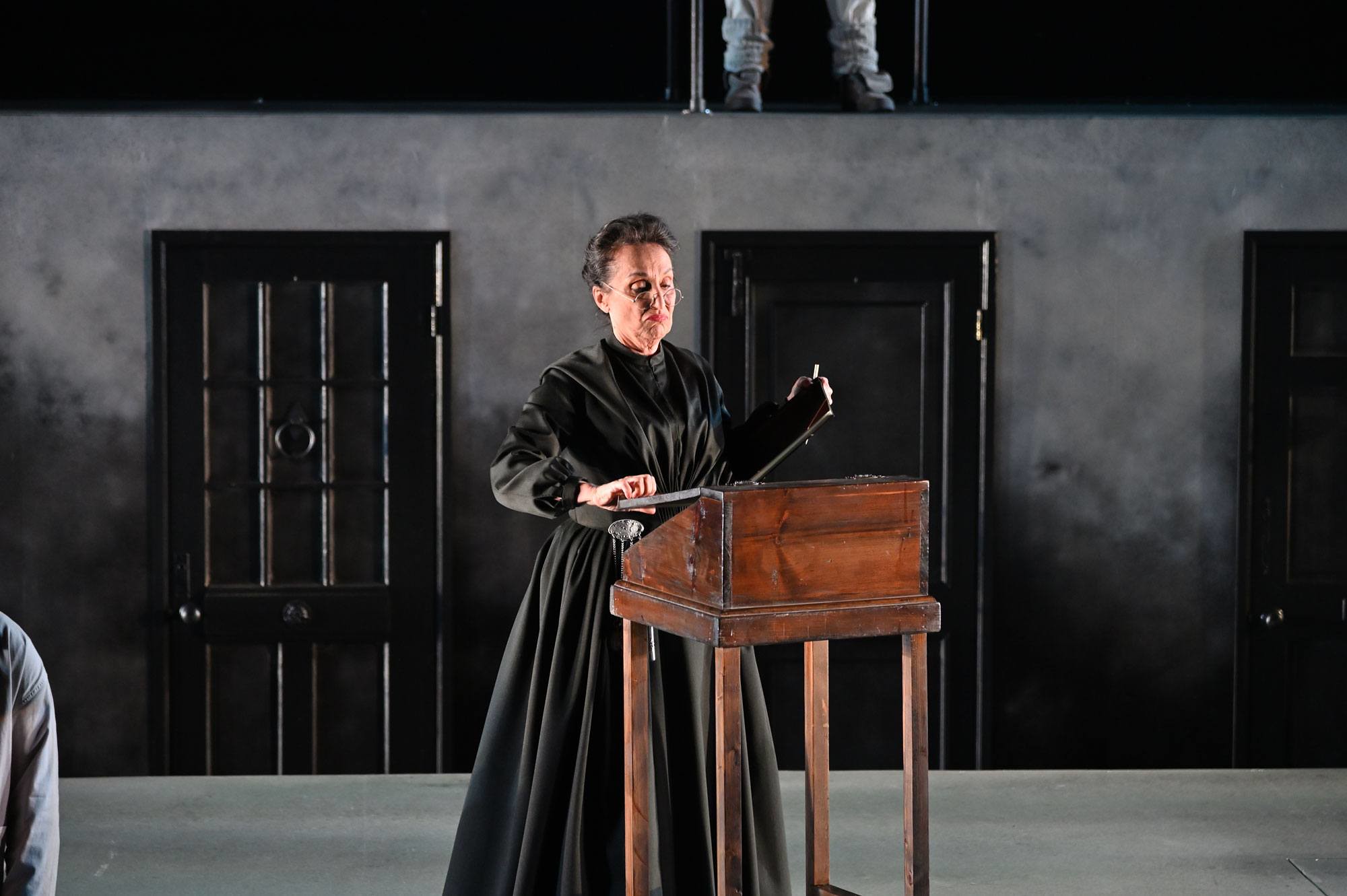 Trinity Repertory Company’s legendary “A Christmas Carol” is back at the Chace Theater for its 46th season. Directed by recent Brown/Trinity Rep MFA Directing Program graduate, Aileen Wen McGroddy, the 2022 production puts a twist on classic Charles Dickens’ tale (as is customary for the Providence-based company) by reimagining Scrooge as a nineteenth century Providence businesswomen. Longtime company member Phyllis Kay has taken up the mantle of Ebeneezer Scrooge, marking the first time a woman has played the role at Trinity since 2003.

“I am particularly excited to have Aileen at the helm of ‘A Christmas Carol’ this year,” says Trinity Rep Artistic Director Curt Columbus. “Her work is always filled with music, joy, and wonder, which makes her perfectly suited to deliver a beautiful holiday present to audiences with this story. I’m also beyond thrilled to have Phyllis Kay in the role of Scrooge in our production.  Phyllis is one of the great treasures of the Trinity Rep acting company. Her brilliant sense of humor and her incredible heart will make this a Carol for the ages.”

Of this year’s direction, McGroddy says she was interested in exploring just why people return to this particular story season after season.

“Dickens’s London is rife with inequality, plagued by greed, and harshly unforgiving to those struggling to survive,” she reflects. “A world like that creates a person like Ebenezer Scrooge, who lives the values that this environment taught her: She moves through the world armored, heart bolted tight with grief and fear. While Scrooge is an extreme case, I think we all protect ourselves from the discomforts and vulnerabilities of living in an unequal society. This story asks us to consider what we might gain if we were to fully open ourselves to the people we share the world with — to meet their needs, to listen to their words, to appreciate their gifts and to let ourselves be seen.” 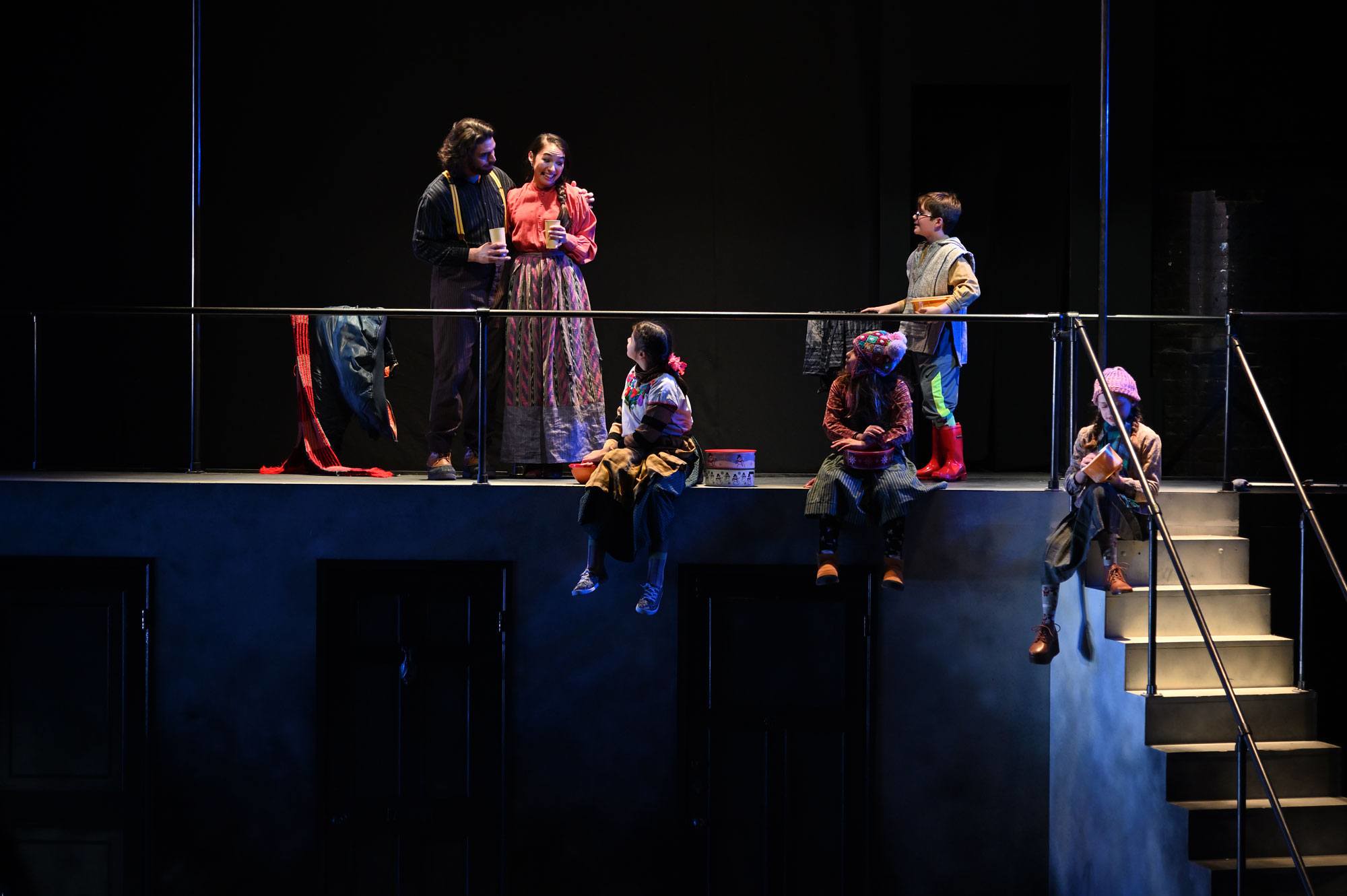 Rhode Island Monthly had the pleasure of attending the production’s media night and we can attest that it has been worth the wait to see Scrooge and friends in the flesh again. Here is a quick, no spoilers look at what attendees can expect: 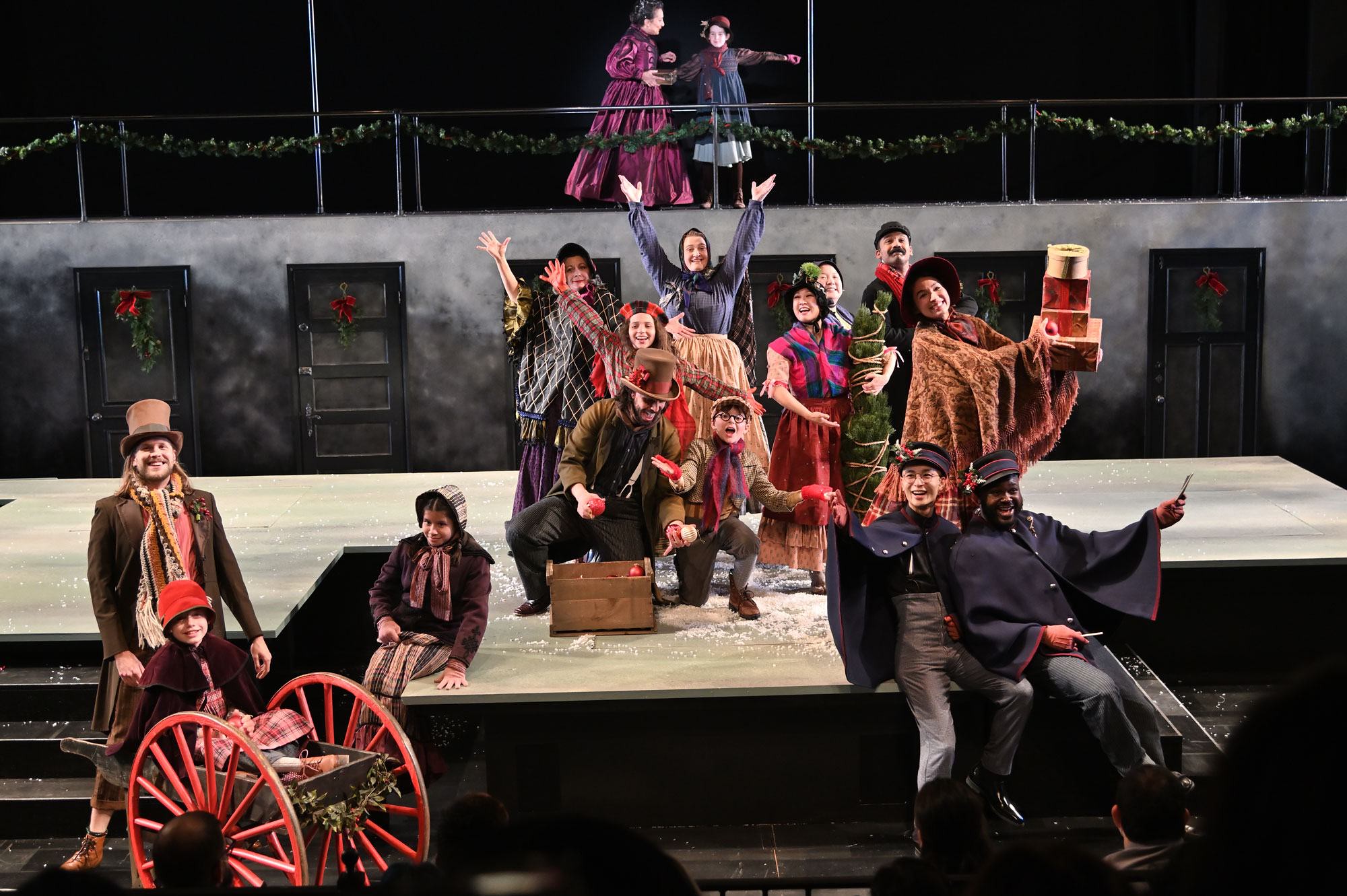 As an added bonus, the Rhode Island Foundation has committed to matching every public donation made to Trinity Repertory during its 2022 run of “A Christmas Carol,” with an equal grant to the Rhode Island Community Food Bank, up to $60,000. The funding aims to replace donations to the Food Bank that Trinity Rep might have collected from audiences during live performances in the past two years. Prior to the pandemic in 2020, the actor playing Scrooge traditionally stepped forward at the end of every performance to ask theater-goers to leave a donation in a collection bucket on their way out of the theater. In 2019 alone, the tradition raised more than $60,000 for the Food Bank. While collection buckets will not be on hand this year due to health and safety protocols, the public can trigger the matching grants by contributing online at trinityrep.com/match or by texting SCROOGE to 44-321. Through this matching challenge, your donations will benefit Trinity Rep’s artistic, education and community programs, as well as the Food Bank.

Trinity Rep’s “A Christmas Carol” is playing at the Chace Theatre in Providence now through January 1, 2023. Tickets start at $27 and are available online at trinityrep.com/carol or by contacting the ticket office at 401-351-4242.