We compiled the dumbest moments of 2020. 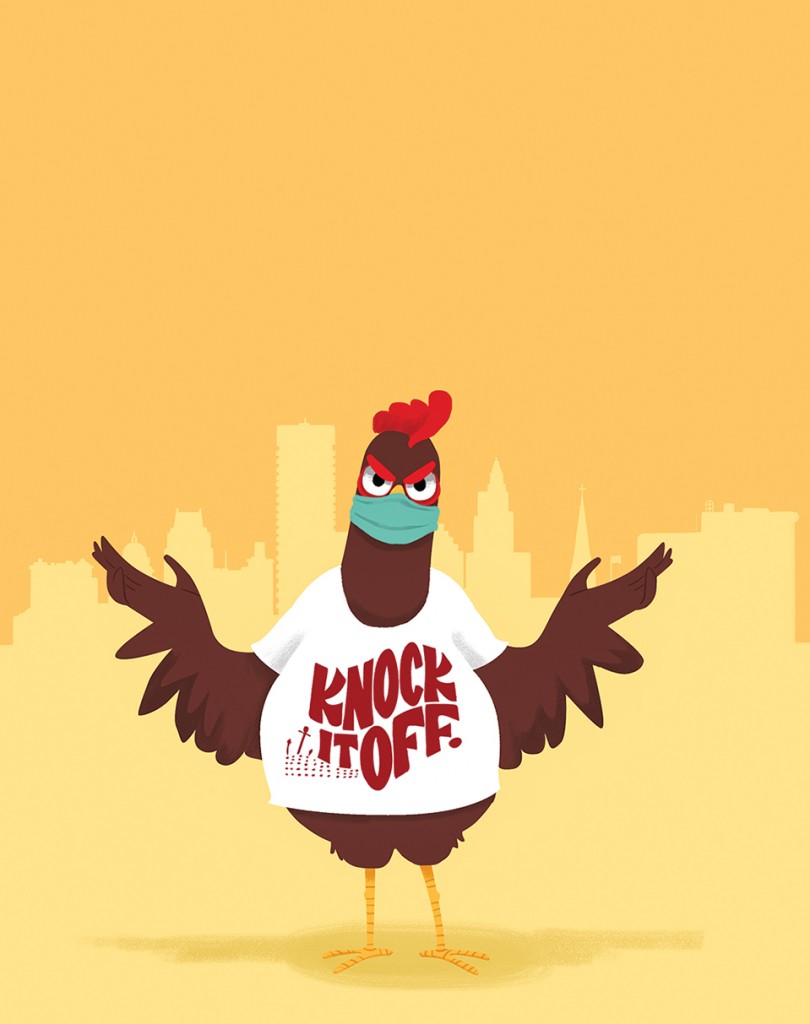 Here at Reds HQ, we’ve been stuck inside its plush and commodious confines, scarfing down vats of Ben and Jerry’s Cherry Garcia, enlarging our sweatpants and issuing fruitless orders to the cat for nigh on ten months now. It’s given us plenty of time to mull over the many deserving recipients of this year’s Red Awards dedication (a particular fave: experts say Rhode Islanders would be useless in a zombie invasion), so it was a tough call. Finally, though, we realized it could only be the loathsome dumpster fire of a year that we’ve all just seen the last of.  Hit the road, 2020, and don’t let the door hit ya where the good lord split ya.

4 Reasons why we love our public officials!

They appreciate the environment!
Former General Assembly member Laufton Ascencao was charged with embezzling $16,379 from the local Sierra Club chapter where he was treasurer.

They think for themselves!
Narragansett Town Council President Matthew Mannix tried to strike against the governor’s coronavirus orders, and told police not to issue fines against restaurants and places of worship defying the rules. He later withdrew his resolution. 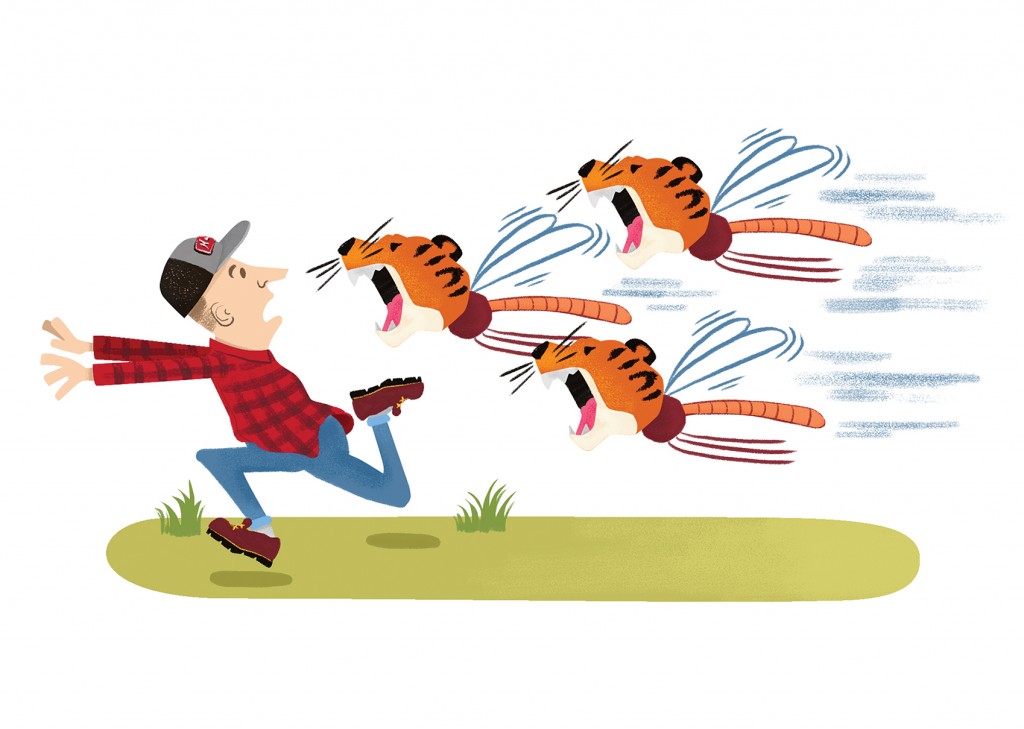 We figured out what’s bugging him.
A Cranston man says he encountered swarms of several dozen extremely voracious Asian tiger mosquitoes in a neighborhood off Park Avenue.

But did they quarantine?
Four great white sharks were detected off Block Island, making their way to tasty seal grounds off Cape Cod.

Another breakthrough for little Rhody!
A tiny five-lined skink, discovered on Earth Day, is the state’s first lizard.

Talk about some bad s—t.
Millions of flies invaded a Wood River Junction area, after a farmer left chicken manure out too long on land he leased from the state. One neighbor complained she caught 200,000 of the pests in traps, with no end in sight. “It’s just so disgusting,” she said.

True Crime Blotter
(because truth is stranger than that other thing…)

True!
Warwick police arrested a suspect caught on video crawling along the floor through the Top of the Bay restaurant and making off with the cash register.

True!
State police arrested a Warwick man twice for DUI on Valentine’s Day, first on I-95 at 2:26 a.m., and then eighteen hours later, again on I-95.

True!
Warwick police arrested a North Kingstown woman for shoplifting nineteen pieces of jewelry from Hobby Lobby, after she first approached store officials for help in finding her lost keys. When the manager reviewed the store’s video tape, he saw the woman stuffing the stolen goods, worth $101, into her sweatshirt. 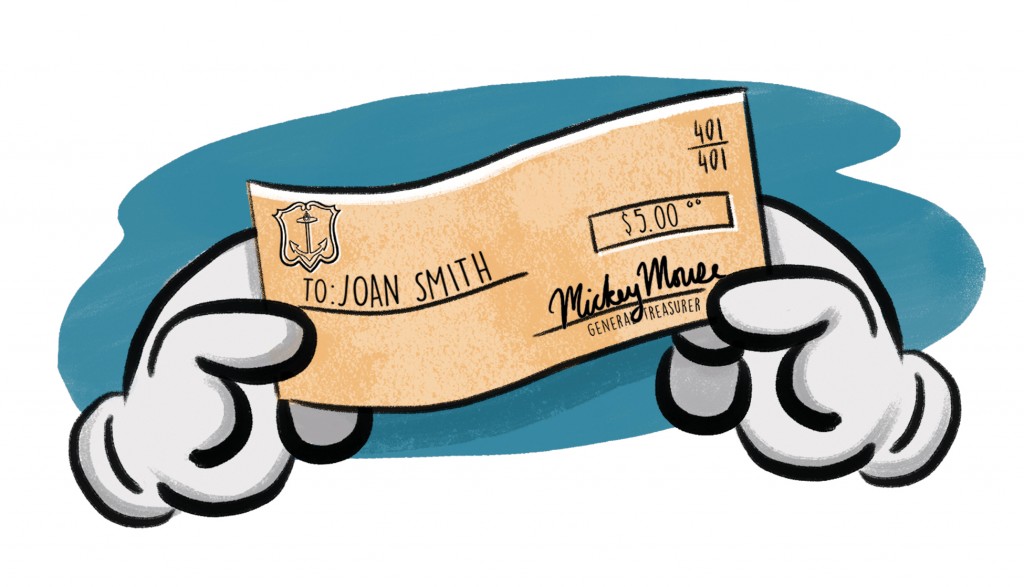 Of course they’re Yankees fans.
In a nod to baseball fashion, three different perps in Yankees caps conducted a mini crime wave in less than a month,
one stealing a car in West Warwick, one shoplifting $2,000+
in computer products from Target, and one involved in a laundromat theft in Cranston.

Sorry, wrong number.
Ronald J. Resmini’s law office was back in court suing a Florida man to recover the $35,000 they paid him for a vanity phone number he didn’t actually own. Turns out that at the time, the number, 444-4444, belonged to Rhode Island Hospital.

Survey says…
Rhode Islanders park themselves in front of the tube forty-two hours a week. We’re also the second worst state for surviving a zombie apocalypse… which may explain why we’re the third most agitated in the country. On a brighter note, one in five of us considers shopping to be a form of exercise.

We can’t even top this list?
According to WalletHub, Rhode Island is the second worst state for driving.

We told you not to drink and drive.
Scituate police arrested a Foster man for DUI, after finding him still in his truck, stuck in an inground swimming pool on Central Pike. Cops reported a smell of burning rubber around the pool, suggesting the twenty-two-year-old had gunned the gas in a fruitless effort to free the pickup. They said it would take an industrial crane to rescue it.

“We all scream for ice cream” isn’t literal, people!
Brickley’s Ice Cream announced it was closing its Wakefield location after customers repeatedly verbally abused and swore at young employees who’d asked them to wear masks.

What’s left? Locusts? Never mind, forget we asked.
Three inches of snow fell in parts of the state the day before Halloween. Nine days later, we had a 3.6 magnitude earthquake.

Rock Around our Rollicking Little State 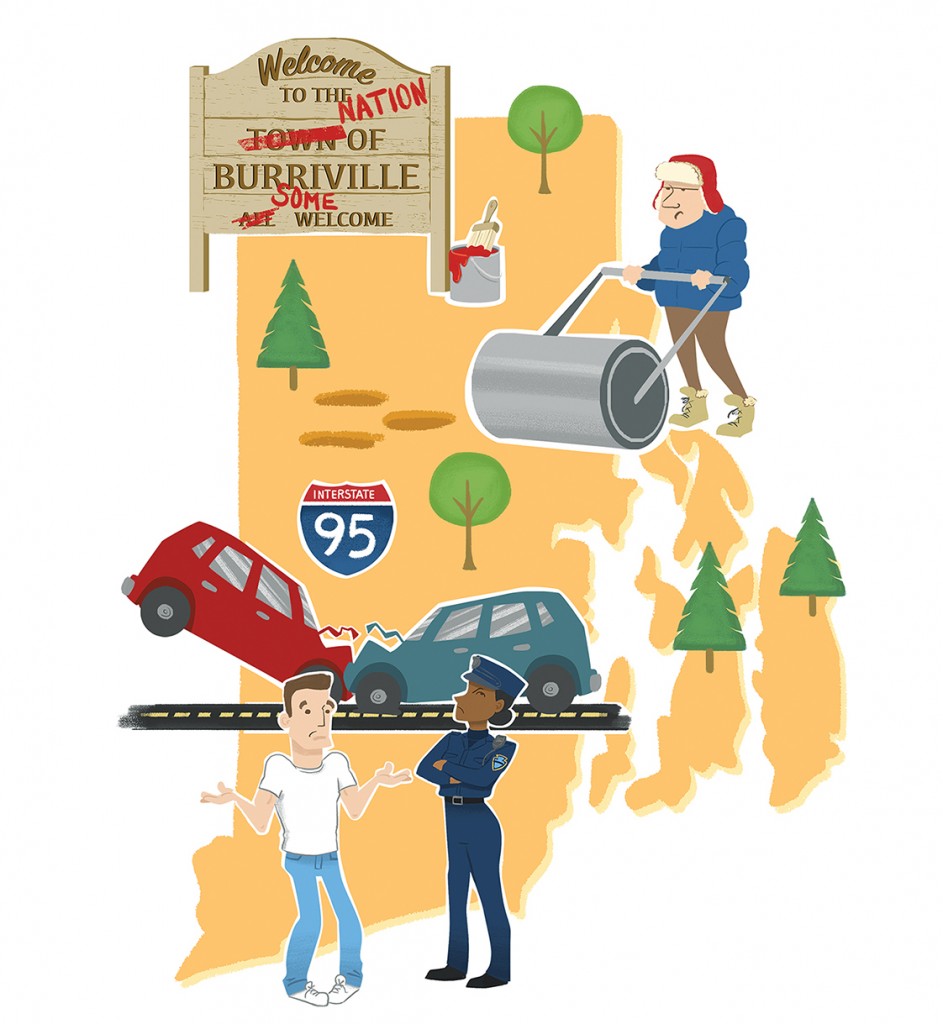 Warwick
A resident, frustrated with unsuccessful efforts to have several monster potholes fixed near his house, bought the necessary equipment and filled them himself.

Burrillville
The town council voted to declare Burrillville a “First Amendment Sanctuary Town” in response to the governor’s orders regarding social distancing and other COVID-related measures. The requirements imposed “substantial harm to the emotional, spiritual and financial well-being” of residents, they said.

Scituate
A resident asked a federal judge to allow him to keep the vanity plate on his Tesla that reads “FKGAS.”

Rhode Island
A rookie Providence police officer, who was on probation when he crashed into a state police SUV on Route 95, was charged with DUI and possession of fentanyl, among others. The Providence police department said he would not be hired.

“BankRI assists 15 food panties with $7,500 donation.”
A headline on the Warwick Beacon’s website. The typo, which made a guest appearance on NPR’s “Wait, Wait Don’t Tell Me,”
was eventually fixed.

“We don’t go away. We’re not going to send just one letter.”
State collection agency official Kate C. Brody, explaining efforts to get drivers in Rhode Island, Massachusetts and Connecticut to pay $29 million in unpaid traffic tickets racked up over twenty years.

“What they did last week was pathetic. If you don’t know what you’re doing, don’t do anything.”
Onetime Warwick landscaper Steve Campanelli, after a city public works crew mowed down part of the $1.2 million in ornamental plantings in an effort to tidy up the neglected Apponaug Circulator.

“The public has this Armageddon scenario that’s going to happen, and they don’t want to rely on government.”
The state Police Chiefs Association executive director explaining why Rhode Islanders have applied for background checks in record numbers, a required step before buying a gun.