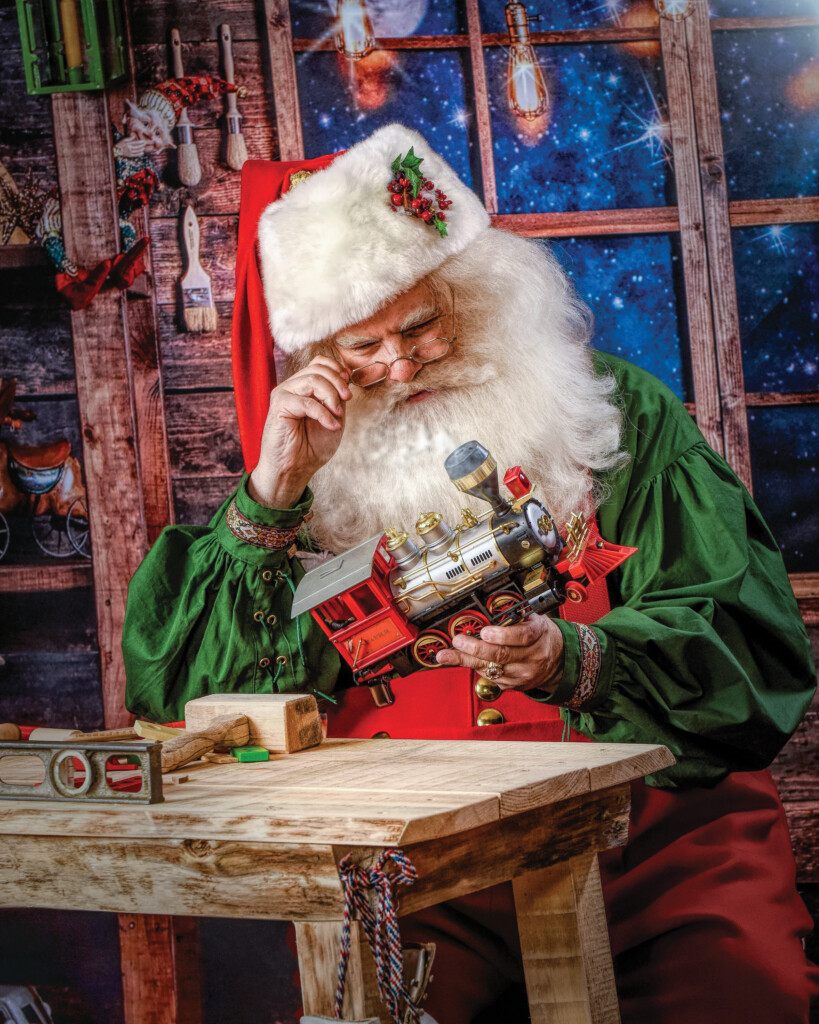 Imagine, if you will, the inside of Santa’s workshop — a magical space filled with elves, softly glowing Christmas lights, vintage toys and the big guy himself making merry. Now picture that scene on the corner of State and Thames streets, and you have the Bristol Santa Claus House, a whimsically decorated tiny house where visitors can meet Santa and celebrate the season, all for free. It’s the brainchild of Michael Rielly, who spreads cheer year-round by making appearances as Santa Claus. “Every child deserves to experience the joy of Christmas regardless of circumstance,” says Rielly, founder and chief merriment officer of the James D. Rielly Foundation, a nonprofit named in honor of his grandfather, who played Santa Claus in the seaside town for sixty-two years. The North Pole outpost is open to all, but especially for children with special needs who may need a quieter spot to meet Santa. If all goes well, Rielly can see the Bristol Santa House becoming a tourist destination and part of the community’s annual Christmas Festival events. “To be able to give back to the community — that’s what it’s all about,” he says. “That’s what I’m about as Santa.” You can find the hours for the Bristol Santa House and make reservations at jdrfoundation.org.