An abandoned baby peacock found a home under the wing of a chicken at Frerichs Farm. 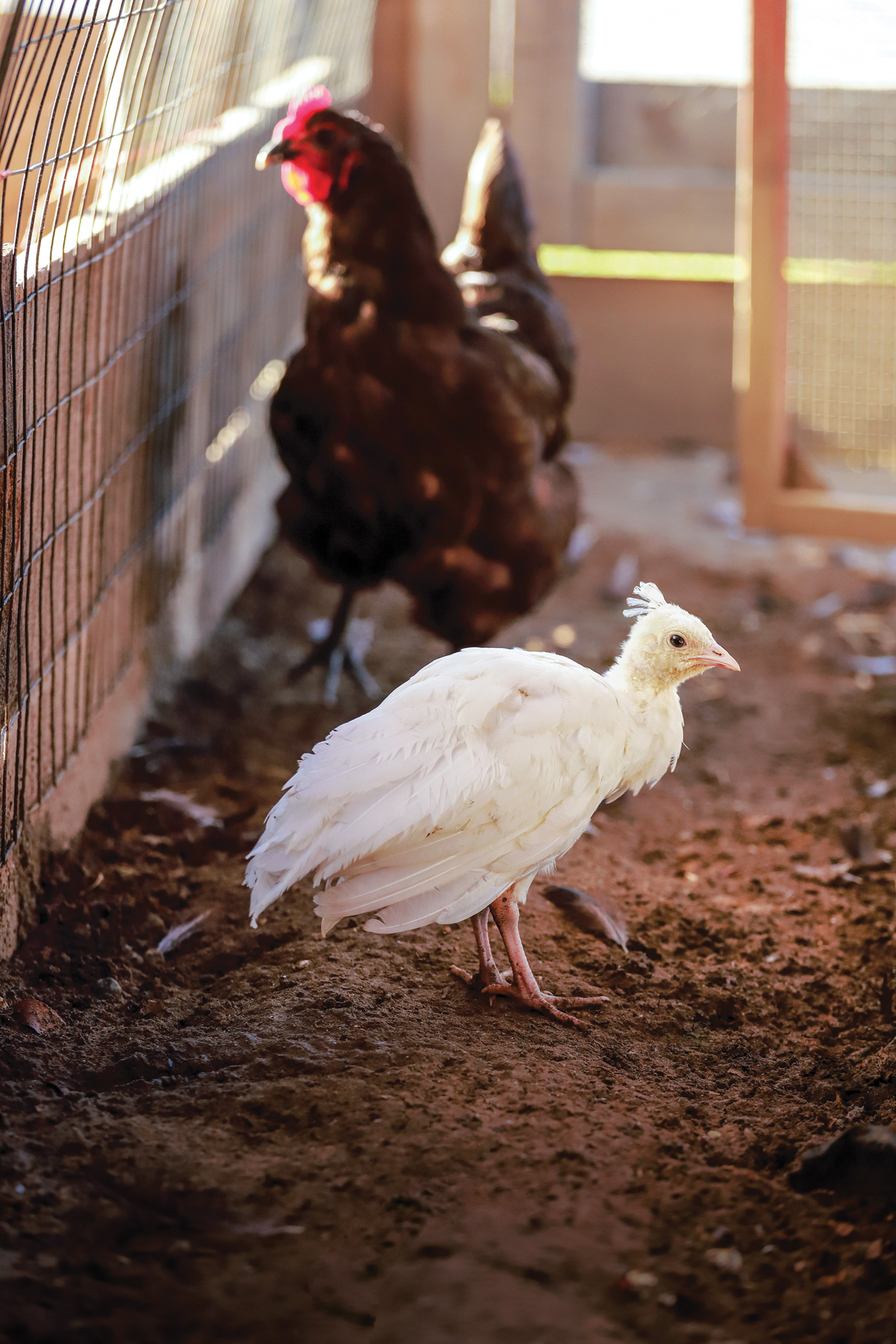 In all his years raising peafowl, Warren farmer David Frerichs had never seen a mother refuse to sit — until 2020, when a rare white peahen laid her eggs outside of her nest box and walked away. Frerichs tried to do right by the clutch. He placed them in the nest box, but the peahen sat elsewhere. He set up an incubator, but it failed. Recognizing that motherhood comes in many forms, Frerichs snuck the last four viable eggs beneath broody chicken hens and hoped for the best. While three peacock chicks hatched, one died after birth and another drowned in a deluge. But this little survivor thrived beneath the wings of a Rhode Island Red, who can’t leave the coop without her chick crying out for her. “This baby is probably half the size of the mother now,” Frerichs says, “and she’s still dedicated to her child.”