Save This Old House: An 1800s Farmhouse Near Wickford Village

The dreamy property is worth every cent of sweat equity. 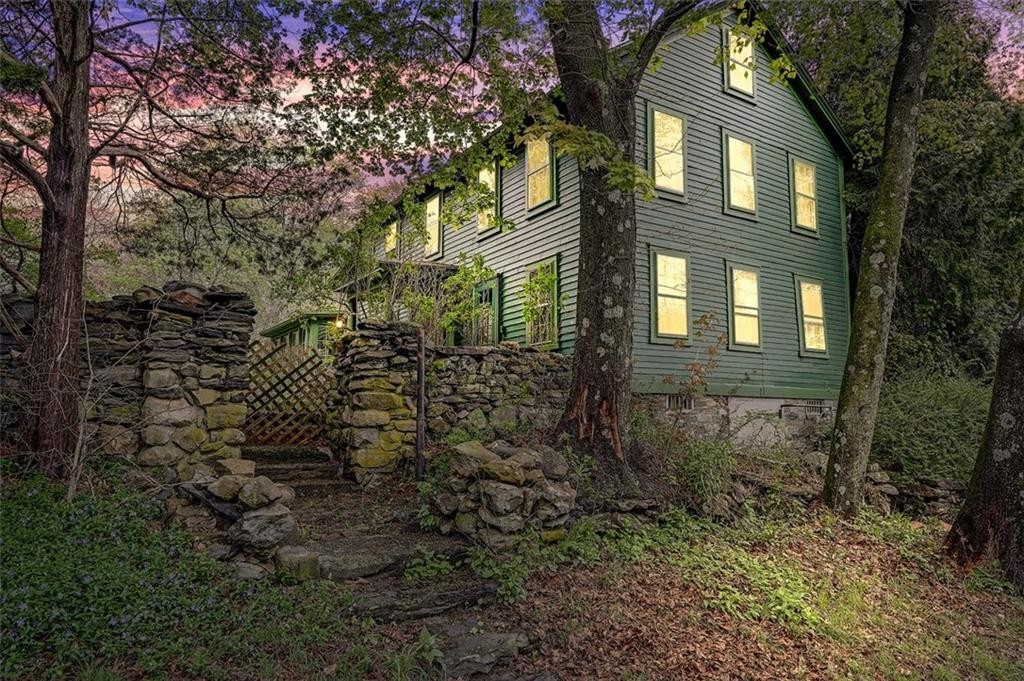 Historic stone walls, an oversized farmer’s porch and a not-too-scary to-do list: 8061 Post Road in North Kingstown, a half-mile from Wickford center, is a fixer-upper’s daydream. The property has been on and off the market twice in the last year and its price has dropped $40,000 in that time (read: prepare your reasonable offers).

According to listing agent Jonathan Daly-LaBelle of Residential Properties, the home is likely a combination of two disparate dwellings; the oldest portion was built in 1840. An unusual feature — but one that might appeal to those interested in generational living, short-term rentals or bed and breakfast potential — is separate second floors, each with their own staircases.

“Through the main part of the house, it’s very solid for the most part — very true,” says Daly-LaBelle. “The kitchen area and the second floor over the kitchen area may have been a second dwelling and, common with a lot of older houses, there’s some sloping; you’ve got to keep your marble in your pocket.”

Daly-LaBelle says buyers should be prepared to tackle some deferred maintenance, including electrical work and exterior painting. The clapboard siding is in good condition and there isn’t much wood rot to speak of, he adds. The twelve-pane windows are original, which presents future buyers with a philosophical dilemma, Daly-LaBelle says: “Do people want replacements…. or are they purists and want to preserve the windows and maintain them?”

Daly-LaBelle says the second floor over the kitchen requires plastering, and the roof will eventually need to be replaced. While a new septic system was added in 2004, heating updates should be considered for the long-term, as well.

But the potential is here: The place — a stone’s throw from Wilson’s Park and other local amenities — is flooded with natural light; two fireplaces nip away the cold; the sleeping quarters each have their own sitting rooms.

“It’s something I appreciate because it adds some elegance to it,” Daly-LaBelle says.

The surrounding property, about an acre in all, features a greenhouse and a barn. The land “has a richness in quality,” Daly-LaBelle says, with lots of mature plantings and a secret garden area. Rumor has it, the property once served as a dairy farm.

Daly-LaBelle says it’d take the right kind of buyer to appreciate the home and the property, which abuts a burgeoning development by Meridian Custom Homes. The development could increase the value of 8061 Post Road, Daly-LaBelle says, but the buyer would have to be comfortable with close proximity to a new neighborhood.

In light of the COVID-19 outbreak, Daly-LaBelle says he is available for virtual walk-throughs where interested parties can view the property via video conference. Real estate agents and other public-facing professionals are under order to wear cloth face masks and practice social distancing while conducting business, and Daly-LaBelle says he is still offering in-person showings with extra precautions in place, including gloves and hand sanitizer for potential buyers.

Won’t somebody save this old house?