Meet the artist behind your favorite greeting cards, patches and the wildly successful "Knock It Off" T-shirts for charity. 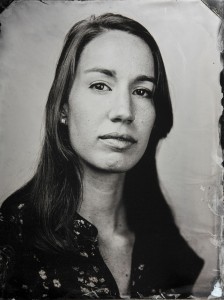 As a kid — and much to the chagrin of her parents — Maret Bondorew was only interested in books with pictures in them. Now, firmly in adulthood with a son of her own, this obsession with illustration? She still hasn’t managed to knock it off.

“I’ve always loved the storytelling aspect of illustration the most,” says Bondorew in a phone interview last week, her five-month-old burbling in the background. Since 2014, the illustrator and lettering artist has helped Rhode Islanders swap stories in cardstock and ink, and our holidays and birthdays and baby showers are a whole lot better thanks to her.

The backstory: Bondorew, who has a degree from Hartford Art School, worked for a spell after college at the National Museum of American Illustration in Newport, where she spent her days communing with the Rockwells and the Wyeths. But she was laid off in 2014 and, living in Providence, she had to find a way to make rent. She signed on for a retail gig at Frog and Toad, a corner shop on Providence’s East Side with a winking sense of humor as told through townie-themed memorabilia, silly socks, metal pig statues and other gifts for the oddballs in your life.

“I was creating a lot of signage for the store, and the owner, Asher [Schofield], he’s kind of a crazy idea person who sees an opportunity and goes for it and he was like, ‘We sell a lot of greeting cards; why don’t you make some greeting cards?’ ” says Bondorew. 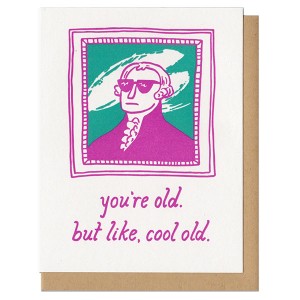 Frog and Toad Press was born in the back room over boxes of merchandise and affirmations like: “Oh yeah, that’s really dumb; I love that!” Schofield serves as artistic director — “crazy idea person,” but with panache — and Bondorew is the main illustrator and designer, with two additional staffers handling production and printing out of a studio in the Nicholson File artists’ complex. The line’s cards, patches, totes and other products are stocked at the East Side mother ship, which operates on a same-day curbside pickup program at the moment. Interest has grown beyond the Ocean State, too; you can find Frog and Toad Press designs in more than 300 retailers across the nation.

“The fun thing about working for a small business versus some place like Hallmark is that we can take risks and do jokes that maybe a handful of people would get,” Bondorew says.

That willingness to take chances paid off at the start of the pandemic, when Frog and Toad’s two locations shuttered amid Rhode Island’s stay at home order. All ten employees were laid off. 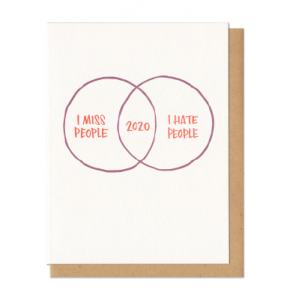 “We couldn’t have our doors open and [Shofield] was brainstorming ways to keep the store afloat,” Bondorew says. But it was more than that, she adds, “how we’re a small part of a larger story” — a tiny gift shop in a state where, on bad days, lives were lost by the dozen. Around the same time, then-Governor Gina Raimondo was instructing Rhode Islanders to “Knock It Off” during her daily press briefing, using her Italian Mother Voice to get us to quit gathering for the greater good.

Bondorew says Schofield pitched the idea of a “Knock It Off” T-shirt over email, but she was skeptical at first.

“I didn’t know if people would want to commemorate that time,” she says. “But I got to sketching and showed him some thumbnail sketches and we went back and forth finalizing stuff, and that’s how it was born.” 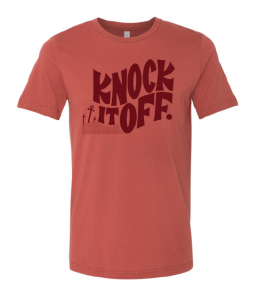 And then it kind of blew up. All told, Frog and Toad raised more than $64,000 from the sales of the shirts — and the spinoff IPA, hand sanitizer, mask, coffee blend, barbecue sauce, and Italian mother-approved wooden spoon (seriously) — for the Rhode Island Foundation’s COVID-19 Response Fund.

“I don’t think either of us was expecting that,” Bondorew says of the design’s success, which she says she’s proud of. “But a big part of it was using the momentum of that design to support others, to no profit of our own. It always had that charitable component.”

Bondorew reflects on another point of pride for her — one, like the “Knock It Off” design, that has more to do with the power of illustration than the act itself. A few years ago, along with another artist, Bondorew launched a gathering called Ladies Drawing Night.

“We would get together with other female-identifying artists and we would just draw and talk and have a glass of wine,” she says. “I’m really proud of that community.” 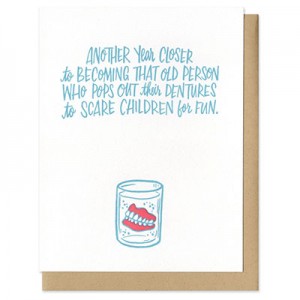 It’s been on hold since the start of the pandemic, but the self-described introvert is eager to get it going once it’s safe to gather again. Meantime, Bondorew will continue crafting new work for Frog and Toad Press, along with some wedding invitations and designs for local businesses.

“A lot of my freelance clients know me through my Frog and Toad Press work. I have a lot of creative freedom with Frog and Toad Press, so I don’t ever feel like I’m compromising my voice. My voice is pretty consistent,” she says. “I just feel really lucky to have the job I do and work for a small business that believes in supporting the community. It’s a great place to work.”