Pulling Back the Curtain on Rhode Island’s Original Speakeasies

When the state thumbed its nose at Prohibition, a panoply of speakeasies popped up to help fill the void. 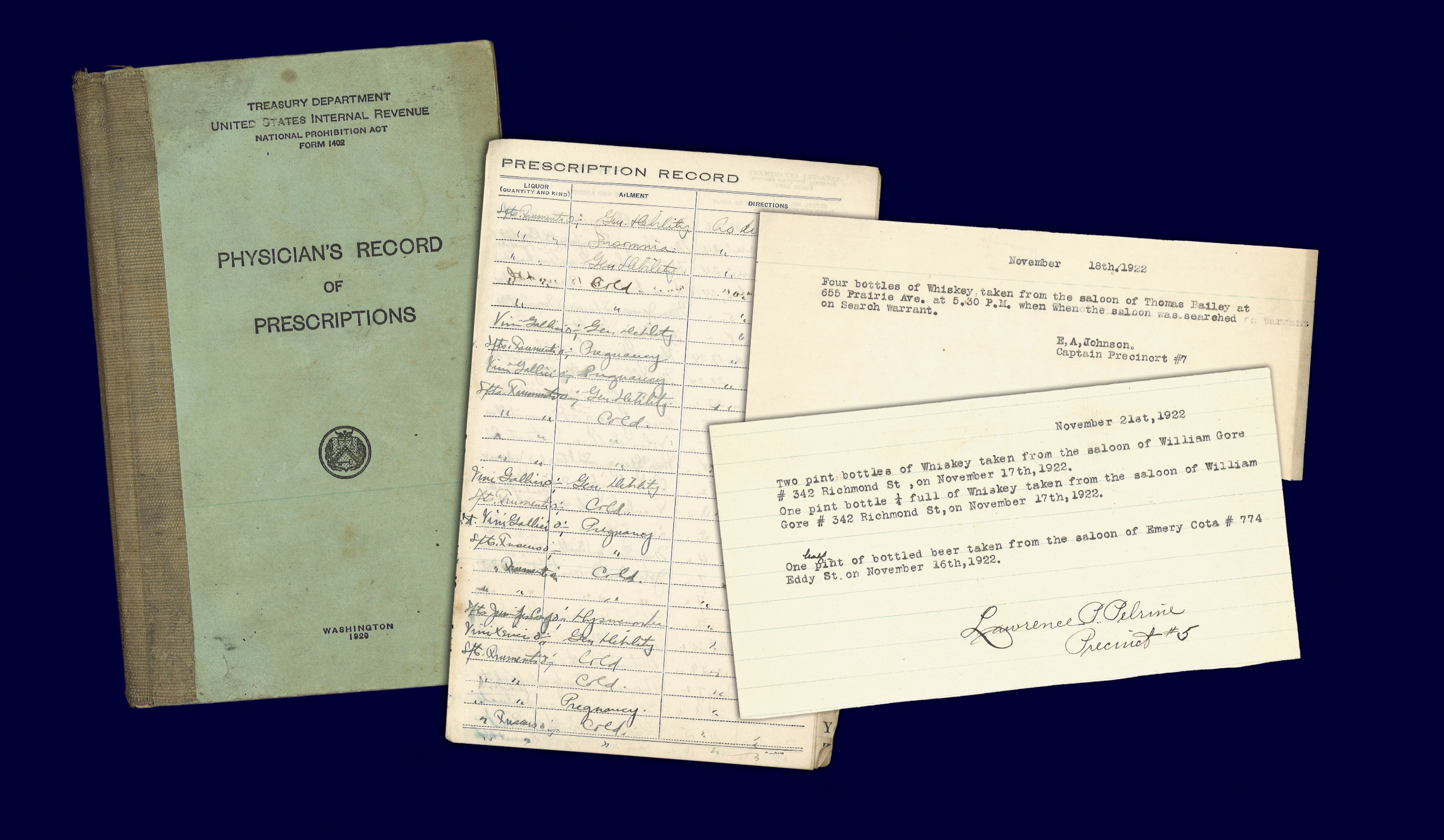 Some local documents from Prohibition days, including a prescription book a doctor used to prescribe alcohol and some old police raid logs. Photography courtesy of the Rhode Island Historical Society

It’s no surprise, given our rebellious nature, that Rhode Islanders never ratified the Eighteenth Amendment, which banned the making, selling and transporting of alcohol from January 1919 until it was repealed in December 1933.

In fact, Rhode Island was one of the “wettest” states during that time, meaning it defied Prohibition laws more than any other state, says Amanda Quay Blount, author of Meet Me at the Biltmore: 100 Years at Providence’s Most Storied Hotel, which details some of the hotel’s more — ahem, illicit — activities during the Prohibition Era.

Here are some establishments that were flourishing speakeasies back in the day, along with one that didn’t quite make the grade, but still let the liquor flow freely. You can still visit them now — legally, of course. Cheers!

The Cranston landmark started out as a speakeasy in the basement of Bill and Eva DeAngelus’ modest home in 1928. She made the meatball sandwiches, and he brewed and served up the moonshine. That is, until the feds raided the spot and destroyed the still in 1933, and the new Twin Oaks was born. Her grandparents’ enterprise was the state’s first speakeasy, says owner Susan DeAngelus Valles. The house is still there, along with the original basement bar, right next to the restaurant. Appropriately enough, they now use the basement to store liquor and wine. “I’d love to turn it into a speakeasy again someday, with a whole 1928-1930s theme,” she says. “But I’ve been saying that for twenty years.” 100 Sabra St., Cranston, 781-9693, twinoaksrest.com

During Prohibition, the circa-1740 building served as a safe house for rumrunners and a speakeasy for those eager for some hooch. It was so popular another room was added onto the building to handle the overflow, says David Moore, the inn’s current owner. Visitors like Al Capone and actress Tallulah Bankhead were said to be frequent guests of the Charlestown establishment. Moore plans to reopen the space for fine dining, with plenty of (legal) libations, art deco touches and soft jazz tunes that harken back to the inn’s daring, heady days. 4115 Old Post Rd., Charlestown, 364-8888, thegeneralstantoninn.com

Now christened the Graduate Providence, which just celebrated its 100th anniversary, the city’s grand hotel was designed and built during Prohibition. But — surprise, surprise — it was created with very lengthy bars and multiple rooms; there was “clearly no intention to have this be a ‘sober’ house,” says Blount.

Bootleggers took up residence in the hotel in the 1920s, running vast networks of bootlegging operations throughout the Northeast from their cushy digs. Meanwhile, hotel staffers would fill up canteens at a nearby speakeasy on Eddy Street and bring back the spoils for hotel guests — and themselves. “There was a lot of anti-Prohibition activity happening at the hotel at the time,” Blount says. Plus, it was the place to see and be seen and ride the glass elevator to the top of the city. 11 Dorrance St., Providence, 421-0700, graduatehotels.com/providence