Horbert and three friends made Rhode Island history when they became the first people to paddle the length of the state. 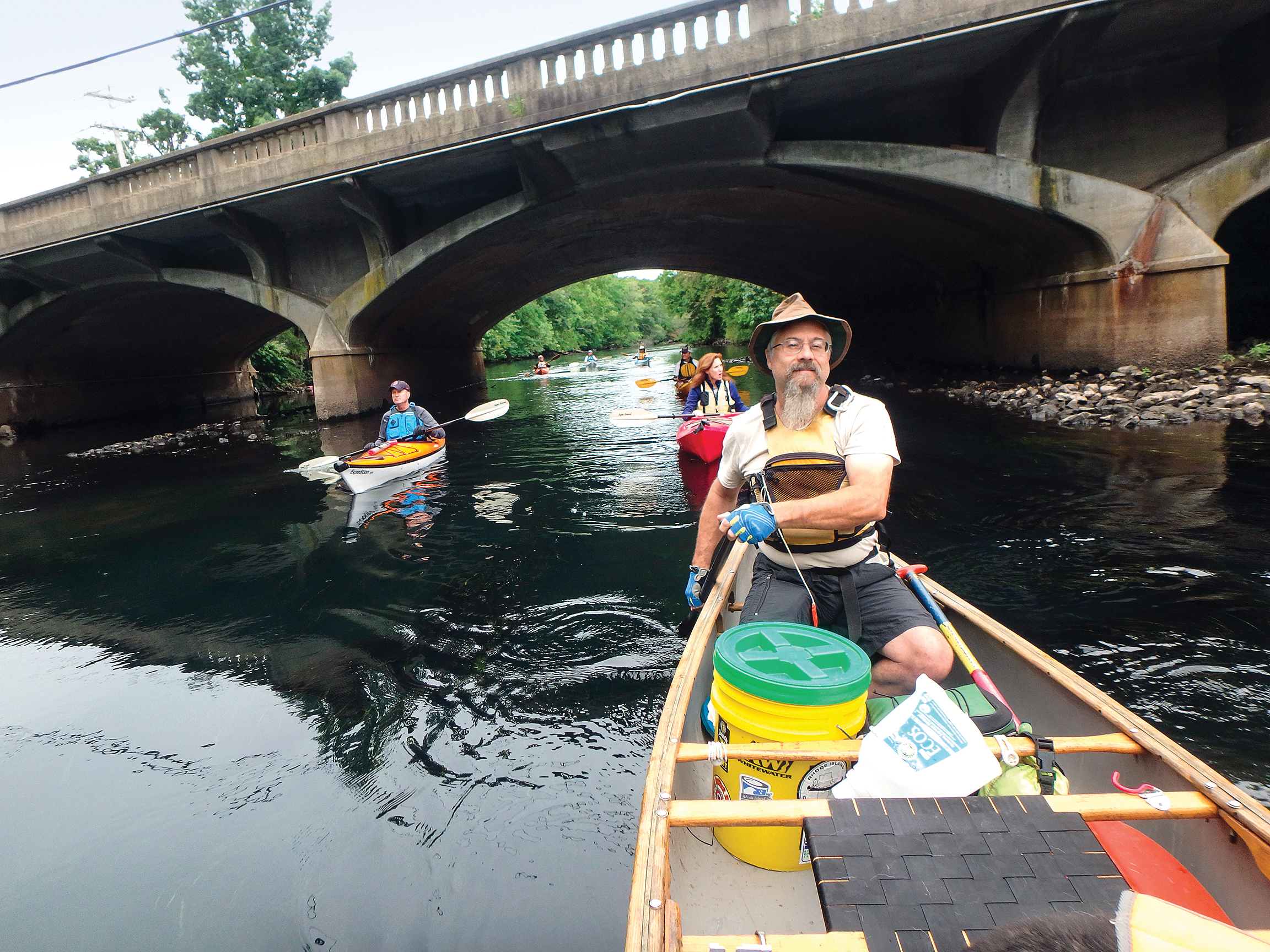 Chuck Horbert and friends during their 2014 paddle trip.

In 2014, Chuck Horbert and three friends — David Smith, Jim Cole and Bill Luther — made Rhode Island history when they became the first people to paddle the length of the state from North Smithfield to Westerly. The inland trip took months of planning and involved traveling more than 101 miles over eleven waterways and at least twenty portages, including one grueling ten-mile walk from Big River to Arcadia Management Area. Horbert works as a deputy administrator for the Rhode Island Department of Environmental Management’s Office of Water Resources and also serves as wilderness tripping chairperson for the Rhode Island Canoe and Kayak Association. ricka.org

Why did you do the trip? It was trying to promote the idea of reconnecting communities with their rivers to get out and realize that traveling down a river gives you a whole different perspective on your community. You’ve never seen your community from the river if you don’t paddle.

How long did it take? Seven nights. Rhode Island throws a lot at you as far as obstacles go. There were twenty-something portages that we had to get around, which takes time. There are actually fewer portages if you were to paddle from Canada to the Atlantic Ocean down the Connecticut River.

Would you do it again? I’m dreaming up a different trip. A west to east trip across Rhode Island, which in theory should be a little bit shorter. The big crux of that trip would be getting from Connecticut to something that you can actually paddle, and that means probably doing a long portage or carry along the Trestle Trail bike path from Connecticut all the way to the Flat River Reservoir.

How is Rhode Island doing on improving its water quality? We have made huge strides obviously since the 1970s in improving our water quality, but there are still plenty of water bodies in the state that are
impaired for certain pollutants, and to a great extent it’s because of our industrial past. It’s just a massive effort to clean these things up, but we are making improvements.

What advice do you have for newer paddlers? Always wear a life jacket. I unfortunately still see a lot of amateur paddlers out there, first time in a kayak, or even people who have been kayaking for years and just think that they’re a good swimmer — they are out there and they don’t have a life jacket on. Most of the accidents and deaths that happen from canoeing and kayaking could have been prevented if somebody had just been wearing a life jacket.