How to Build a Traditional New England Clambake

Grab a sweater and host friends or family for a traditional, socially distanced New England clambake on the beach or in your backyard. 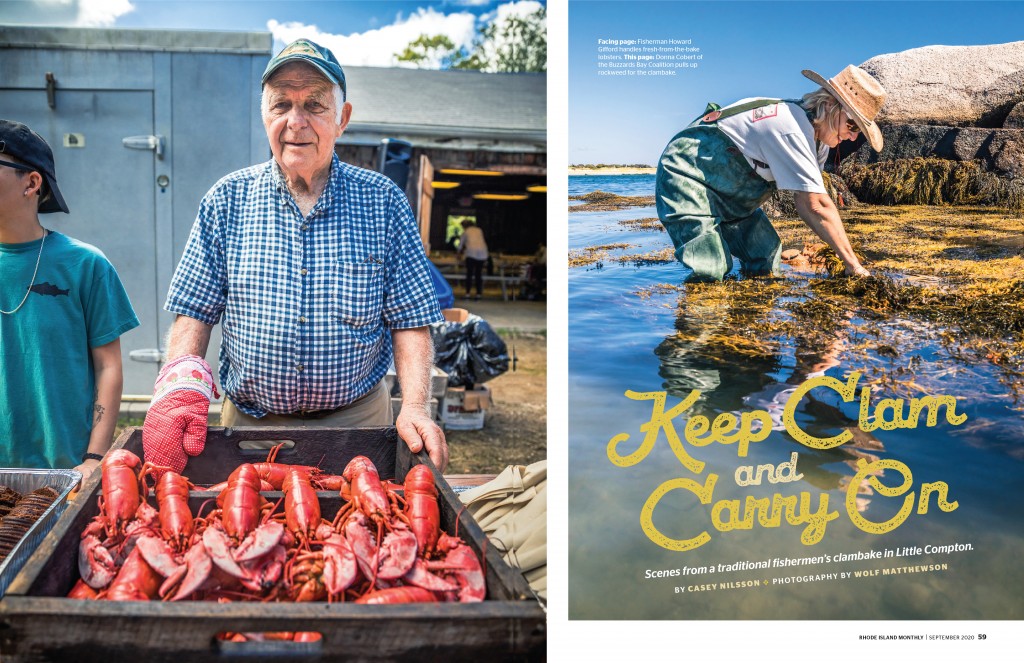 In the September issue of Rhode Island Monthly, we documented a traditional New England fishermen’s clambake in Little Compton. That bake, which was held in 2019, fed hundreds of people, but we were wondering: How could we do it for a smaller group on the beach or in our own backyard? Now that the weather is turning chilly, a clambake could just be the best — and most New England — way to spend time with family and friends while keeping warm and socially distancing.

We turned to bakemaster Jeff Lavalley, who has a degree in culinary arts from Johnson and Wales University and has honed his craft over the last thirty-five years, for his top clambake tips:

Be sure to check on town fire permits, whether you’re looking to have a bonfire in your backyard or at a local beach (South Shore Beach in Little Compton and McCorrie Point Beach in Portsmouth both allow bonfires for residents with permits). Open fires are not permitted at state beaches. And if you’re not the DIY type, Lavalley offers his services for private bakes; give him a ring at 1-508-636-5505 to set something up.