The smart mirror, created by four URI graduates, uses augmented reality technology and is available for pre-order on March 4. 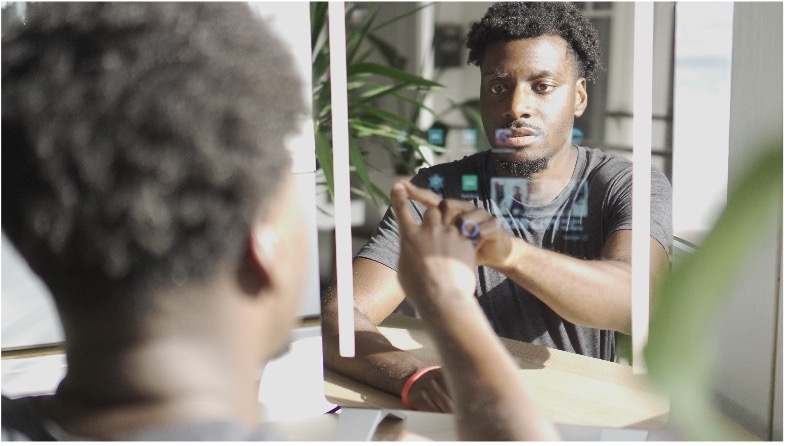 The mirror allows users to virtually try on products featured in specific five- to twenty-minute skincare tutorials that match your routine. Photography courtesy of Nicole Torossian.

The smart phone in your pocket and smart watch on your wrist has met its match. The Muse Mirror by Muse Interactive, engineered by four URI graduates, turned an everyday item into another smart product that boosts time management and contains try-on features that allow users to try on lipstick shades to clothing.

Providence native Toye Onikoyi is the co-founder and CEO of the Muse Mirror, which implements voice, touch and gesture recognition. The class of 2016 graduate majored in electrical engineering and collaborated with URI graduates Kelechi Agwunobi, Etebom Samuel and Larry Adigun to ultimately form Muse Interactive.

The idea of a smart mirror came about a couple years ago when Onikoyi was thinking up anniversary gifts for his girlfriend, also a URI graduate. The pair usually make stuff for each other instead of purchasing items, so his engineering skills led him to hardware and electronic stores once he finally came up with the inventive idea.

“I was tying what she did in the mirror into her morning routine,” says Onikoyi. “I was like ‘Okay, she looks at her calendar, and she’s from New Jersey so she’d always want to know the time it took from school to her house.’ It also had special greetings telling her nice things like ‘You look great.’”

Astounded by its individuality, she posted the invention on social media and it got enough attention to inspire the entrepreneur to make a company out of it. He gathered business creatives and engineers Agwunobi, Samuel and Adigun to produce the real deal.

“We want people to use the smart mirror the way they usually use a mirror but optimize it to help in their daily lives,” says Onikoyi. “We want to help with multitasking, time management and healthcare in the way people take care of themselves physically and mentally.” 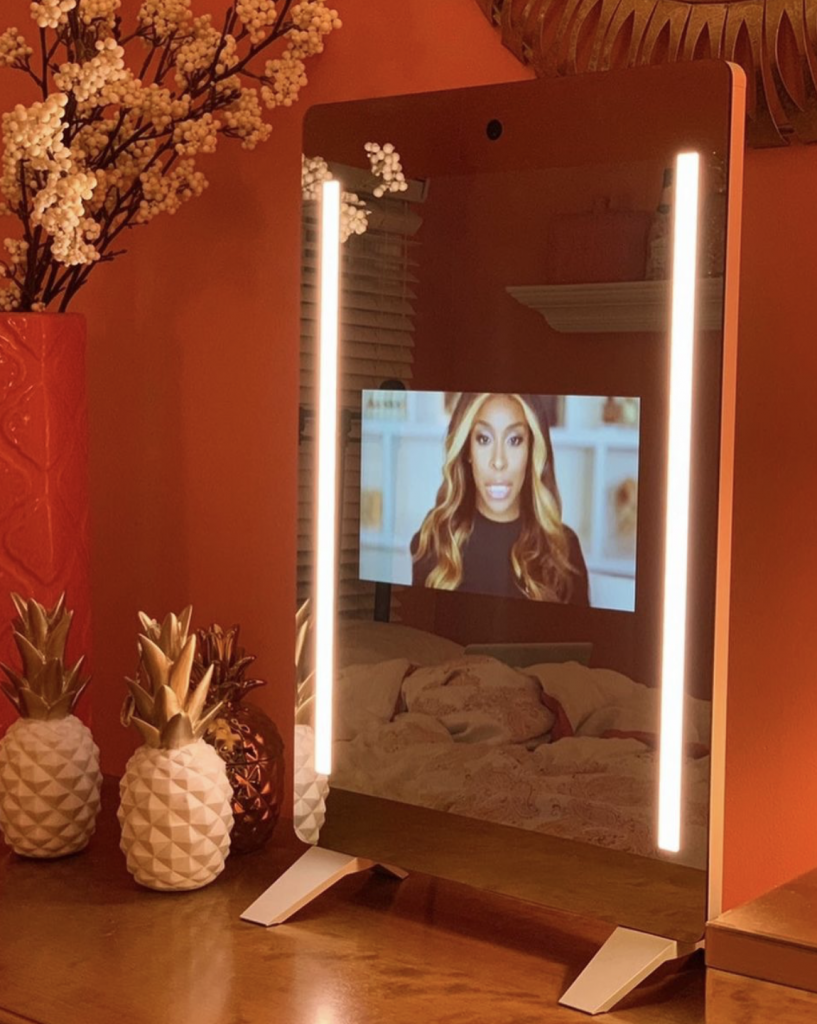 Watch makeup tutorials or listen to a podcast while using the Muse Mirror.

The Muse Mirror was RIHub’s 2021 Calamari Tank winner, which introduced the team to various manufacturers and potential investors. “The Calamari Tank definitely gave us the exposure we needed to go further,” Onikoyi says. “We’ve been using their mentoring service since last summer and that really pushed us from an idea project to right now where we have a working prototype and a manufacturer.”

The mirror features several different applications, including one called Muse Affirm, dedicated to displaying a position affirmation like telling you how great you look, making sure you do your best today and other assurances.

The mirror’s augmented reality technology lets users virtually try on products featured in specific five- to twenty-minute skincare tutorials that match their routine. Users can also listen to music or a podcast that’s directly recommended to them based on their interests.

“You can try on lipstick in the mirror, then purchase it straight from the mirror,” says Onikoyi. “We’re looking to do the whole experience of shopping with the mirror and leaning into fashion, too. The mirror can be your virtual closet.” The team is currently coming up with other features that harness this technology as well.

The mirror is available for pre-order on March 4 and can be reserved on museinteractive.co.