This cidery serves some of the best apple-infused confections in the state in Jamestown and, later in the fall, South Kingstown. 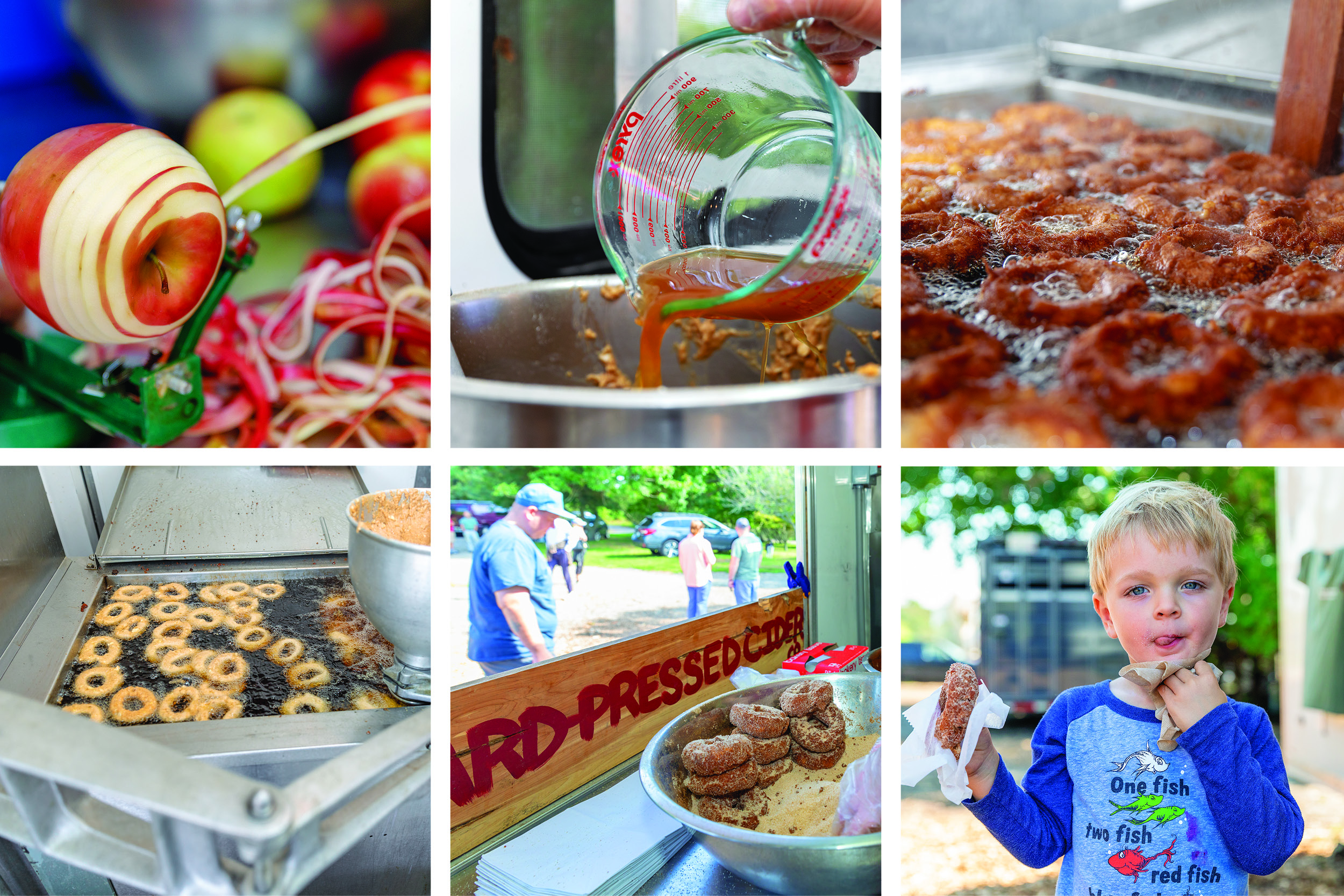 Rob Swanson doesn’t even like doughnuts. “But people are only going to buy so much cider,” he says of the seven-year-old cidermaking operation he runs with his wife, Jaclyn. “The obvious choice was cider doughnuts.” In 2015, he went to a local bakery supply store and requested its highest-quality cake doughnut mix. He then experimented by adding fresh apple, fresh-pressed cider, cinnamon, nutmeg and one special ingredient that nods to Swanson’s Swedish ancestry — “I feel like Mr. Krabs from “Spongebob” with a super-secret krabby patty recipe,” he says — and after a single try: doughnut nirvana. He’s fiddled a bit with the spice proportions and the liquid ratios but Swanson’s heeding the advice of his bakery supply lady: “Don’t screw around with it.” Customers rave about the crunchy, aromatic treats and — perhaps most importantly — the doughnuts pass Swanson’s taste-test. “Unfortunately, I enjoy them every weekend until we stop making them,” he says. “My wife and I will have a doughnut the last weekend and we’re like, ‘Dang, these are still really good.’ We spend the rest of the year going to the gym to make sure we don’t get too big.” Visit Hard-Pressed Cider Company on weekends at Windmist Farm in Jamestown through Nov. 22 or at the Farmer’s Daughter in South Kingstown, Nov. 28 to Dec. 20. hardpressedcidercompany.com

Editor’s note: This story, originally published in November 2018, was updated on September 22, 2020.