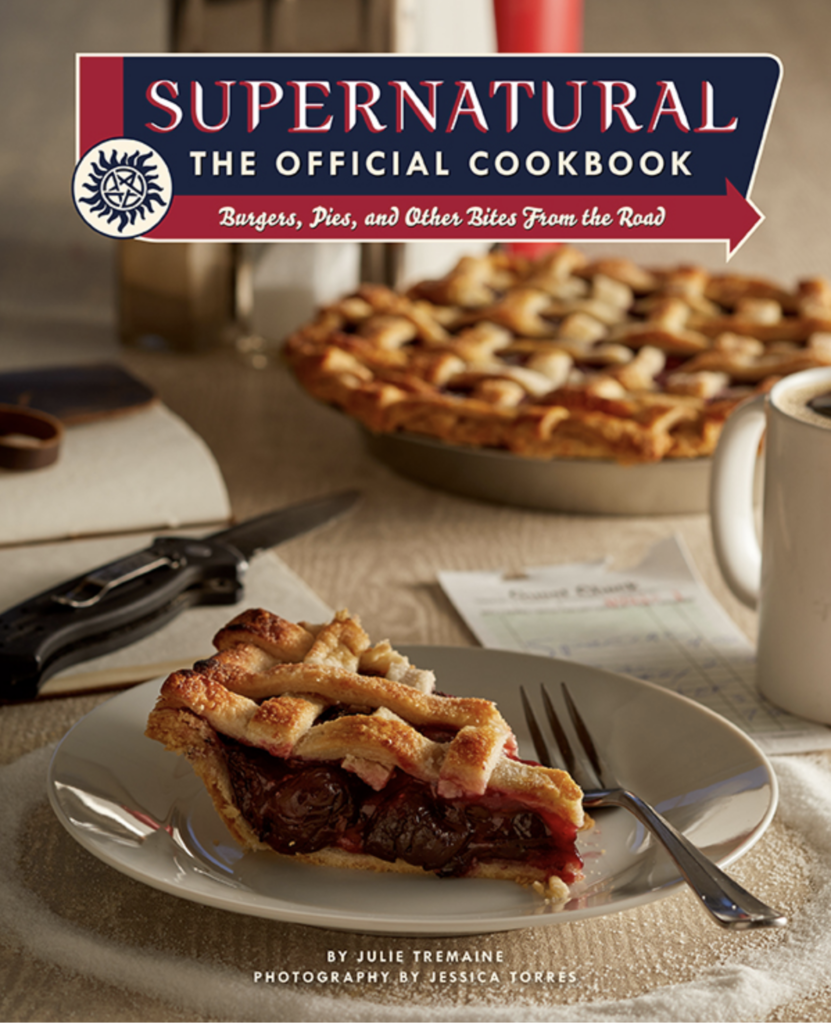 Local food and travel writer (and Rhode Island Monthly contributor) Julie Tremaine recently developed a cookbook based on the TV series “Supernatural.” The Warner Bros. Television series follows two brothers as they hunt demons, ghosts, monsters and other supernatural beings across the country, stopping at many diners and greasy spoons along the way. As a fan of the show who also loves to cook and bake at home, Tremaine was challenged with coming up with sixty different recipes based on the series’ fourteen-plus seasons. She researched and developed indulgent eats like the Elvis Burger and Garth’s Roadhouse Potatoes. Read below to find out what kinds of recipes Supernatural: the Official Cookbook includes, and how she came up with all the ideas for the dishes, desserts and drinks. It’s the perfect gift for someone who follows the show (get it on Amazon and it’ll arrive in time for Christmas!) And if you need a new series to binge watch, put “Supernatural” in your cue, and when the food cravings officially kick in, we got you.

How did you get connected to the Supernatural team?

I saw a post in a writer’s group that I’m part of – the editor at Insight Editions was looking for someone who was comfortable writing about food and developing recipes, and was familiar with the show. Considering the two ways I procrastinate on deadlines are by cooking and binging “Supernatural,” I figured I was perfect for the job. I saw the post while I was on an airplane. It was the biggest job, by far, that I had ever gone after as a freelance writer. Literally, I applied on a wing and a prayer.

What is the theme of the cookbook?

The show centers on two brothers who travel the country hunting monsters and saving people. (If you haven’t seen it, think about it as a mix between “Buffy the Vampire Slayer” and “The X Files”: funny, campy, scary.) They basically live out of motels, and eat all their meals at diners. This book recreates meals we see Sam and Dean eat on the show, and also has recipes inspired by the major characters.

Did you really have to come up with a recipe for every state, and how did you brainstorm recipes?

It’s not state by state, it’s more episode by episode. I started with a list of the most important food-oriented scenes from the show’s fourteen seasons (it’s in its fifteenth and final season now) and filled in the blanks from there. Mostly, it’s diner-style comfort food, with lots of desserts and lots of cocktails.

What was it like to make all of the dishes in your home kitchen? How much time did you have to do it, and how did you get it done?

I love to cook, but I’m definitely not a professional chef – so it felt very comfortable to me to develop and test the recipes in my home kitchen. Plus, doing it that way, I knew I was definitely using techniques that would be easy and attainable for anyone to make at home. I was replacing a writer who had dropped out of the book, so the deadline was very short. I developed over sixty recipes and wrote the whole book in under two months. It was a whirlwind, and I basically lived off “Supernatura”l food the whole time because I didn’t have time to cook anything else.

What was the most memorable recipe you made?

There are a lot of food jokes in the show, and I loved the challenge of creating actual, edible food from them. In one episode, there’s a diner that serves “heart smart beer battered tempura tempters,” which are clearly not heart smart at all. I thought, well, if we’re going for it, let’s go for it, and I made jalapeño poppers stuffed with cream cheese, cheddar, bacon and scallions, then used beer in the tempura batter so it was really crispy. They were excellent. Another recipe I love is a cocktail inspired by a powerful witch on the show, who’s from Scotland. The cocktail has a Scotch base, and has a float of red wine that swirls through the rest of the drink. It looks like a magic potion in a glass.

Get Supernatural: the Official Cookbook. 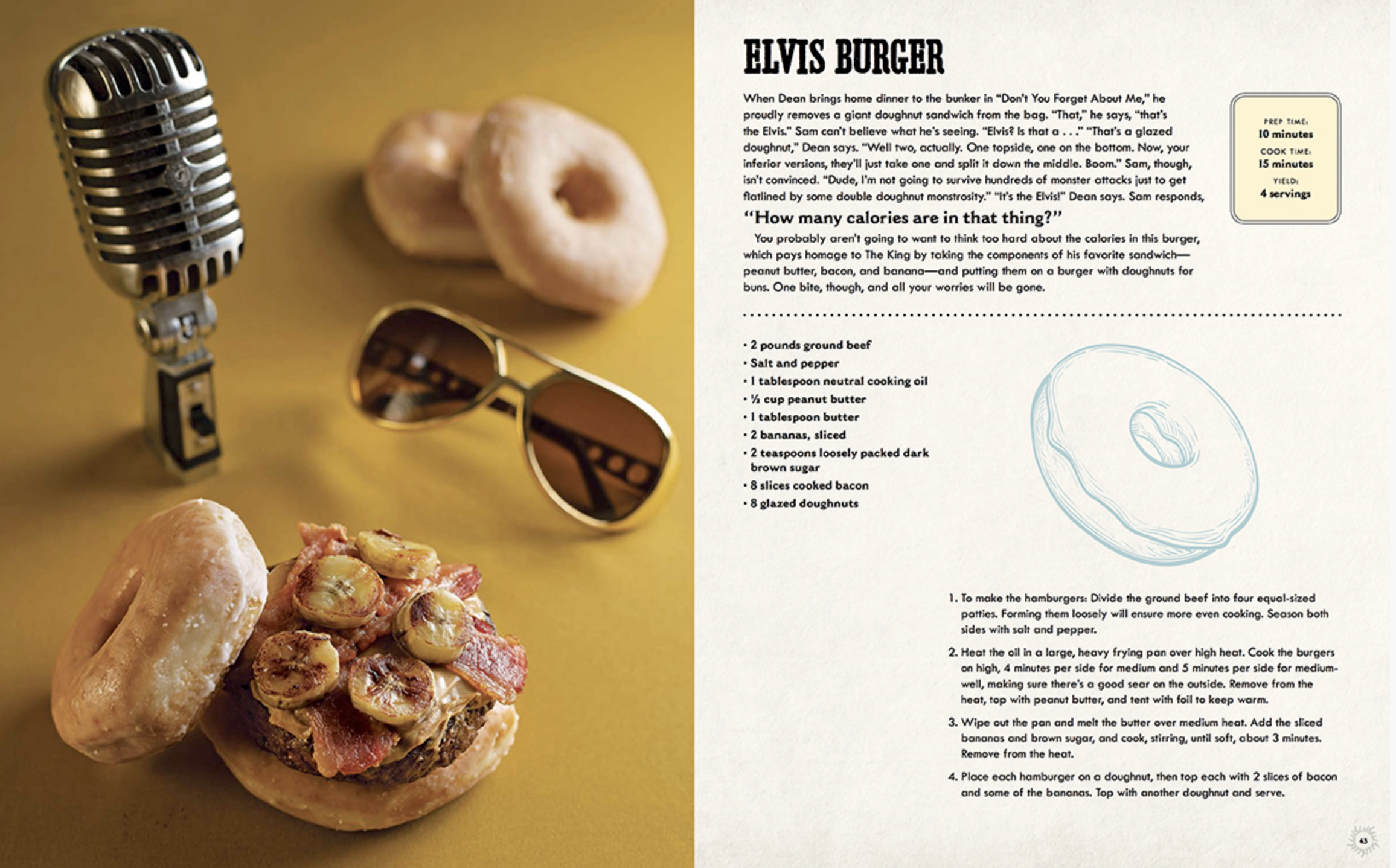 18 Local Food Gift Ideas for Foodies in Your Life