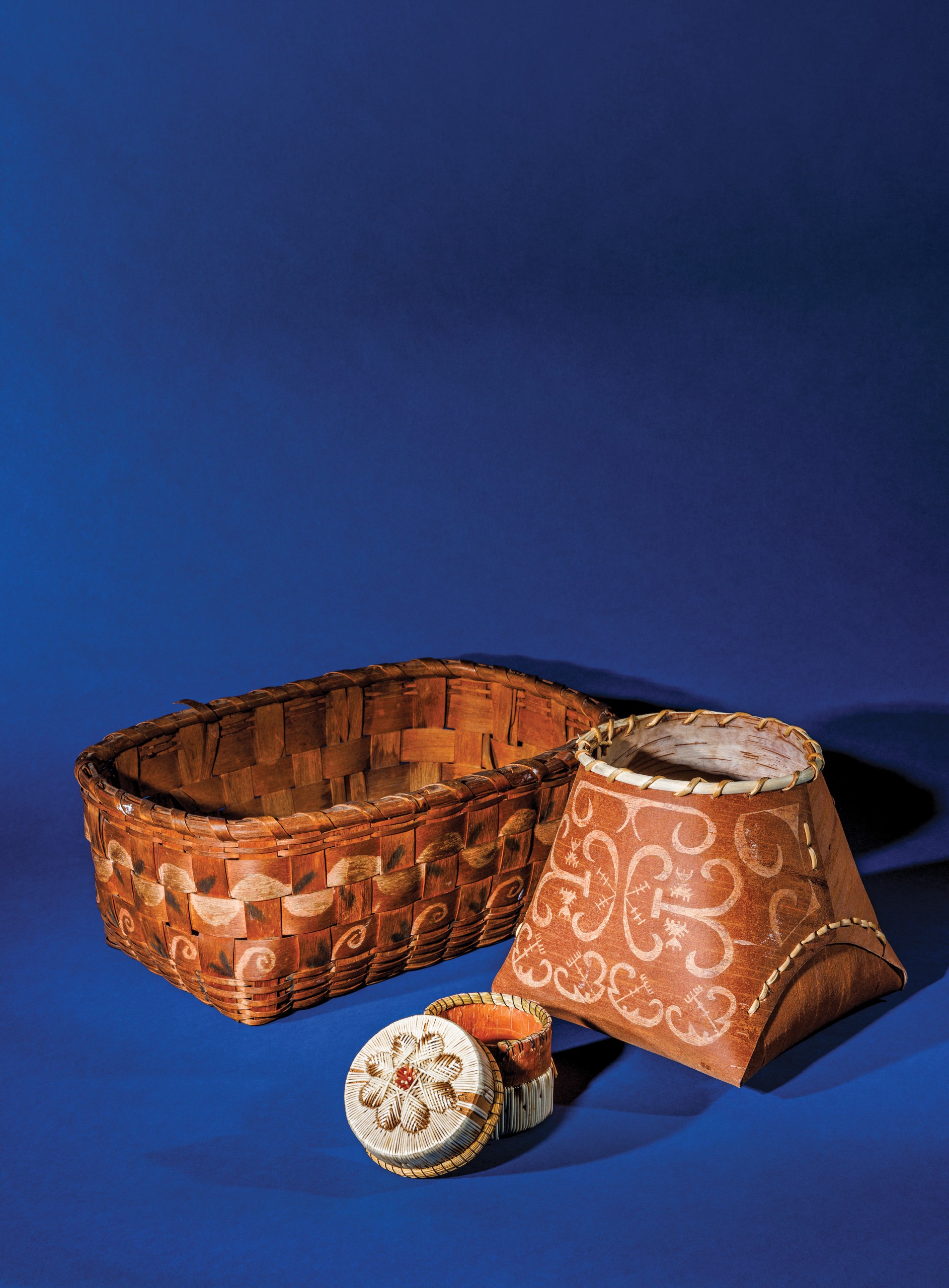 Long before storage bins and removable shelving units ordered our daily lives, members of the Native tribes of southern New England used elaborately woven baskets to assist with everyday tasks, from the ceremonial to the mundane. Silvermoon LaRose, assistant director at the Tomaquag Museum in Exeter, says these baskets were often made from plant materials like black ash, oak or birch, and some included designs that gave hints to their tribal origins. “Your art was like your signature. People would know who made what pieces based on the design.” Indigenous artists carved stamps from root vegetables to create complex designs reflecting the world around them — a forest path, perhaps, or the curled stem of a fiddlehead fern, as seen on the basket at left below. Even Roger Williams commented on the use of baskets for storage in his writings about local tribes. “I call them the Ikea systems,” LaRose adds. As tourism to Indigenous communities began to emerge in the 1800s, many artists turned to weaving decorative baskets as an alternate source of income. These fancy baskets, including the one at center below, often incorporated accent materials such as sweetgrass and dyed porcupine quills and were part of an arts economy that continues in many tribal communities. Today, the Tomaquag Museum’s collection includes work by contemporary artists as well as historical baskets that once served practical or ceremonial purposes. The basket at right below was made by Daniel Shears, a Nulhegan Abenaki artist living in Massachusetts. “We are a museum that’s teaching the history of a living people, so we want to reflect our communities now. We want people to not be stuck in the past,” LaRose says. “Native people are still here now. We’re still creating these things. We still have stories to be told.”