At ninety-four and eighty-eight years old, Earl Carlson and Bob Shillaber reflect on camaraderie in the service.

Rhode Islanders Earl Carlson and Bob Shillaber served their country at different junctures in history, but both were Navy men who thrived on the camaraderie of the military.

Carlson, ninety-four, joined at the tail end of World War II. A friend was called up to the Army so, to avert the draft, he enlisted in the Navy in 1945. 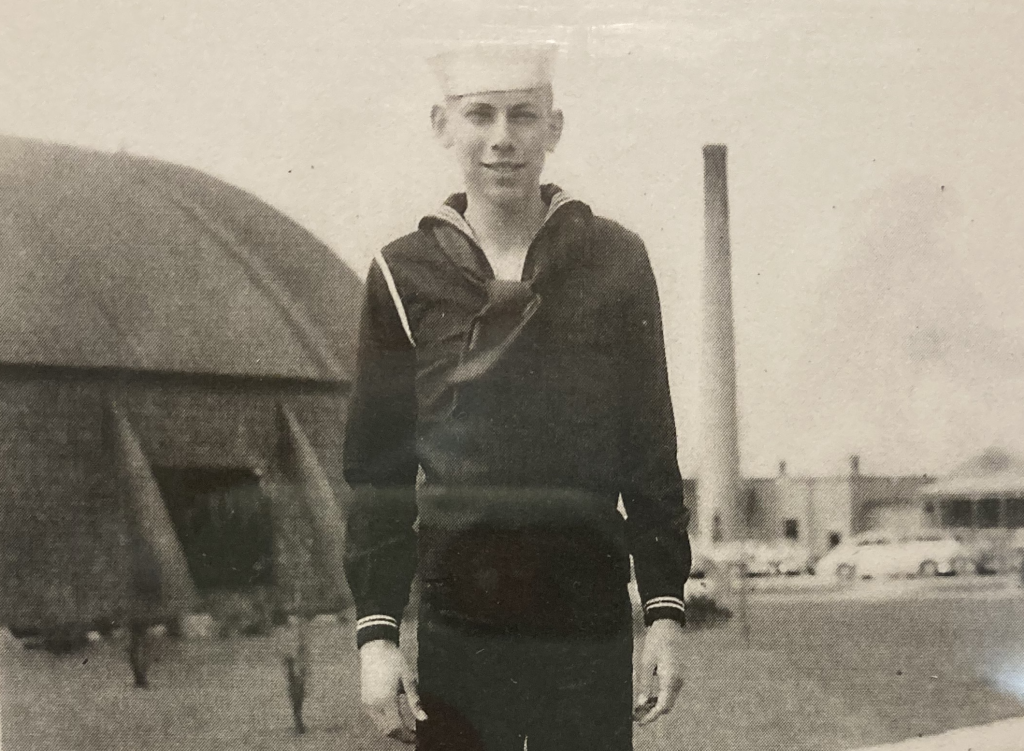 “I guarded a couple of German prisoners of war, but I didn’t have to end up fighting. I really enjoyed being in the Navy,” Carlson says. “In my life, I was never scared; I never felt under threat. I didn’t experience it as tough. I enjoyed relating to the other men.”

Similarly, Shillaber voluntarily enlisted. He had hoped to join his brother on a destroyer in the Pacific during the Korean War. He never made it there; the Sole Survivor Policy, enacted after five brothers were killed in action during World War II, prevented them from serving together. 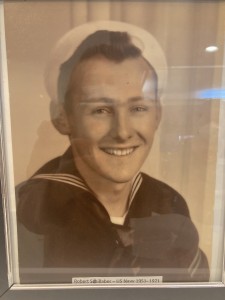 “You can only go where they send you,” he says, “and I was worried about being called up to Vietnam.”

Instead, Shillaber went just about everywhere else: Norway, South Africa, Japan. In Morocco, he had a side hustle selling crates of oranges for 30 cents a piece. He dug for quahogs in Quonset and lived off-base on a chicken farm in England. All told, he served twenty years; he retired in Wickford with his wife and son, performing odd jobs and volunteering when he could.

Still playful well into his eighth decade, Shillaber loves to reminisce about mischief from his Navy days, including the time he lit off a flare gun and set a field ablaze, somehow managing to convince his commanding officer that it was ignited by someone else’s cigarette.

“All day, I expected they were going to come for me,” he says.

He also recalls when he was tasked with removing slot machines from a base. As he lifted one, coins spilled everywhere.

“I filled my pockets and paid for everything with nickels, dimes and quarters,” he says, still amused. “It was a fun time everywhere I went, and that’s because I made it that way.”

But the greatest thrills of his career occurred mid-flight, when he served as co-pilot for naval aviators. Shillaber didn’t go for his pilot’s license, but he hopped in the cockpit any chance he could get — often clocking 200 approaches a month when his pilot buddies did twenty. He remembers the time one pilot went back to get a cup of coffee, leaving him in command of the plane. Shillaber was exhilarated — until he felt turbulence. Later, he learned a bunch of the guys were moving around equipment in the back, just to mess with him.

“It was exciting,” he says.

Carlson, too, has vivid memories of flying with a friend over the ocean. As he took in the beauty of the sea, his pilot tested his mettle with stunts, including flying upside down and in spirals. But Carlson says he never felt anything but elation.

“I knew he knew what he was doing,” he says. After Carlson’s active duty ended, he earned a degree in psychology at the University of Washington with help from the GI Bill. He eventually got his Ph.D and taught social psychology at numerous universities, retiring in 1990.

“I’m still trying to study people, like this guy,” says Carlson, nudging Shillaber. Both men live in the Neighborhood memory care wing at Wingate Residences on the East Side of Providence. 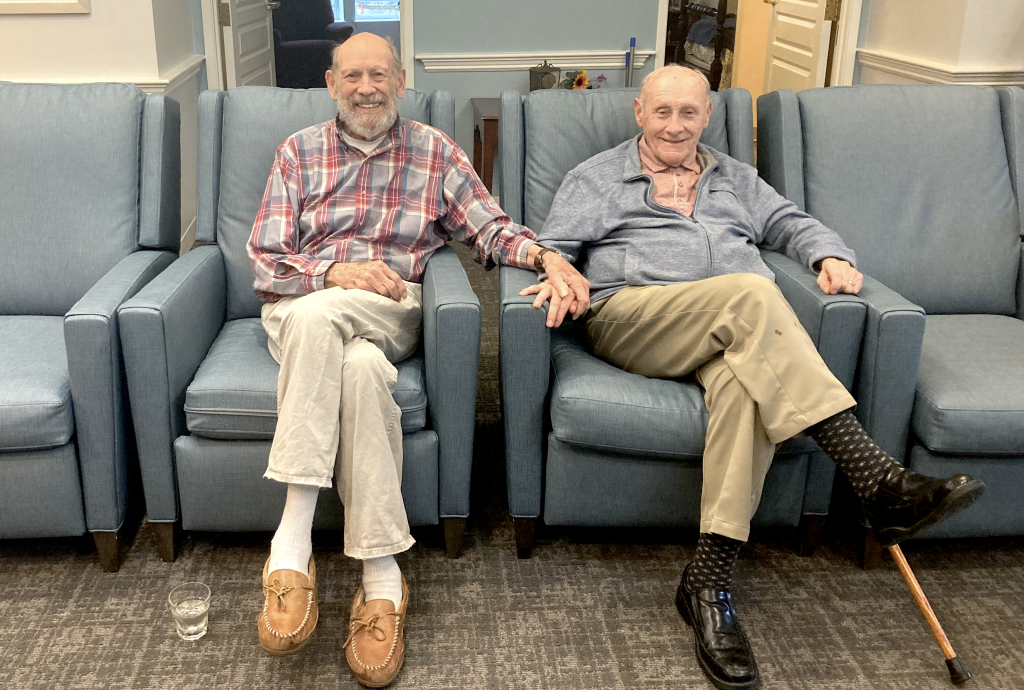 Carlson and Shillaber in the days before their Honor Flight.

This Saturday, along with around sixty other Rhode Island veterans, the pair will return to the skies on the 2021 Honor Flight — a program sponsored by the RI Fire Chiefs Honor Flight Hub that sends World War II, Korean War and Vietnam War veterans and “guardian” volunteers to Washington D.C. to visit the national memorials. Last year’s Honor Flight was canceled amid the pandemic.

“Can you cancel for me?” Shillaber jokes, remarking how they’ll be up before dawn and won’t home ’til after midnight. “It’s a long day. I’ll probably go and get it over with.”

Shillaber prefers the comfort of his room — the best in the building, he says. It overlooks the front parking lot, and he likes to check up on how people are dressed in unpredictable New England weather.

From his window, he can also keep tabs on the American flag. He’s known to report on its condition to staff, and notify them if it needs repairs or should be lowered to half-staff. Seventy years after he enlisted, he’s still protecting and serving that flag.

For more information on the Honor Flights, visit rihonorflight.com.