Anther Kiley grew up in an artistic family with a mother who is a children’s book illustrator and sculptor, and his parents encouraged him to use his own creativity when it came to playtime. He constructed his own toys out of paper, and now he’s turned his talents into a business: build-it-yourself Cardkits, which encourage kids to veer away from technology and use their imaginations. 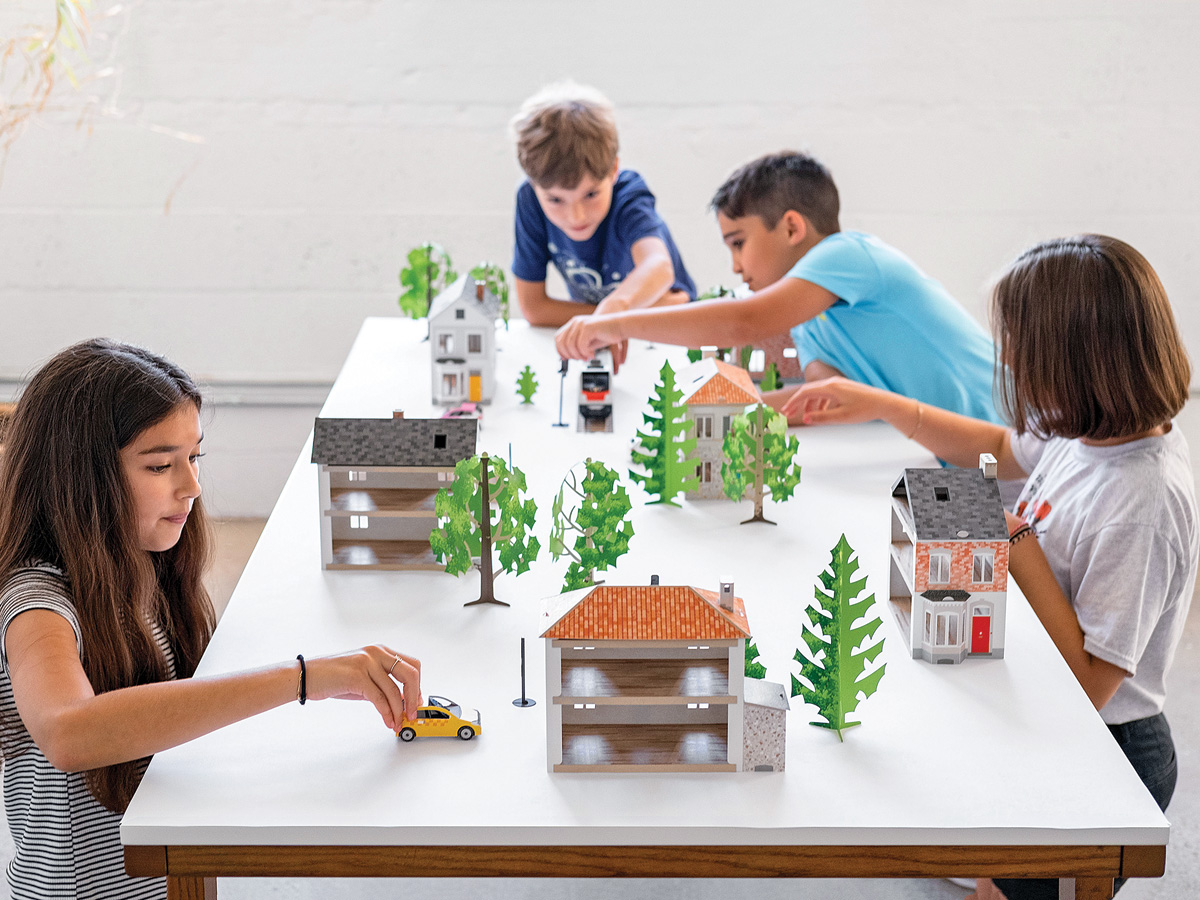 “They are directly inspired by these toys that I made for myself when I was a kid,” he says. “I grew up without many commercial toys and no television. I was always inspired by the world around me, particularly infrastructure and transportation.”

The idea for Cardkits started when he was nine and he went on a business trip with his mother to the opening of an aquarium, where she had been commissioned to do some sculptures. “It was my first flight and my first visit to an aquarium, so of course this resulted in a miniature paper airport for my collection of toy fish,” Kiley says. “That was the beginning of this idea of all of my creations fitting together to create one cohesive world called Fish World. It eventually had multiple cities, railways, shipping lanes, a political structure and currency with miniature money.”

In 2019, Kiley launched a Kickstarter campaign that raised more than $12,000 for the first production run of twenty-seven different Cardkit designs, which involved printing the kits using a high-quality digital printing press. A modern interpretation of his childhood concept, Cardkits are printed and pre-cut on sturdy card stock that can be punched out, built and turned into playsets like a dollhouse with furniture, transportation vehicles like cars and trains, fish characters, trees and more. The kits can be assembled together to create miniature cityscapes so kids can construct their own imaginative worlds.

Kiley achieved his M.F.A. in graphic design at Rhode Island School of Design, and he continues to teach design at the school. He also earned a Providence Design Catalyst grant and took part in a six-month business development program through DESIGNxRI to help him learn more about the business and marketing side of design. He was paired up with a mentor, Susan Mocarsky, founder of Cleverhood rain gear, which is made locally. The grant enabled him to purchase an industrial digital cutting plotter that can die-cut kits more precisely, and with more flexibility, than traditional die-cutting. The small-batch kits are made locally out of sustainable paper, and the entire product, including packaging, is recyclable.

Kiley says he is excited to share his childhood inventions with other children and their families around the world. Recent features in the Boston Globe Magazine and in Martha Stewart have helped boost sales through his website.

Cardkits are especially useful right now to help kids take a break from technology and escape the stress of living in a challenging environment due to the pandemic. “I am hoping Cardkits can create this same kind of safe space, where kids can play out and explore various challenges in the world around them,” Kiley says. cardkitstoys.com